The future of European research must be inclusive - Jean-Eric Paquet 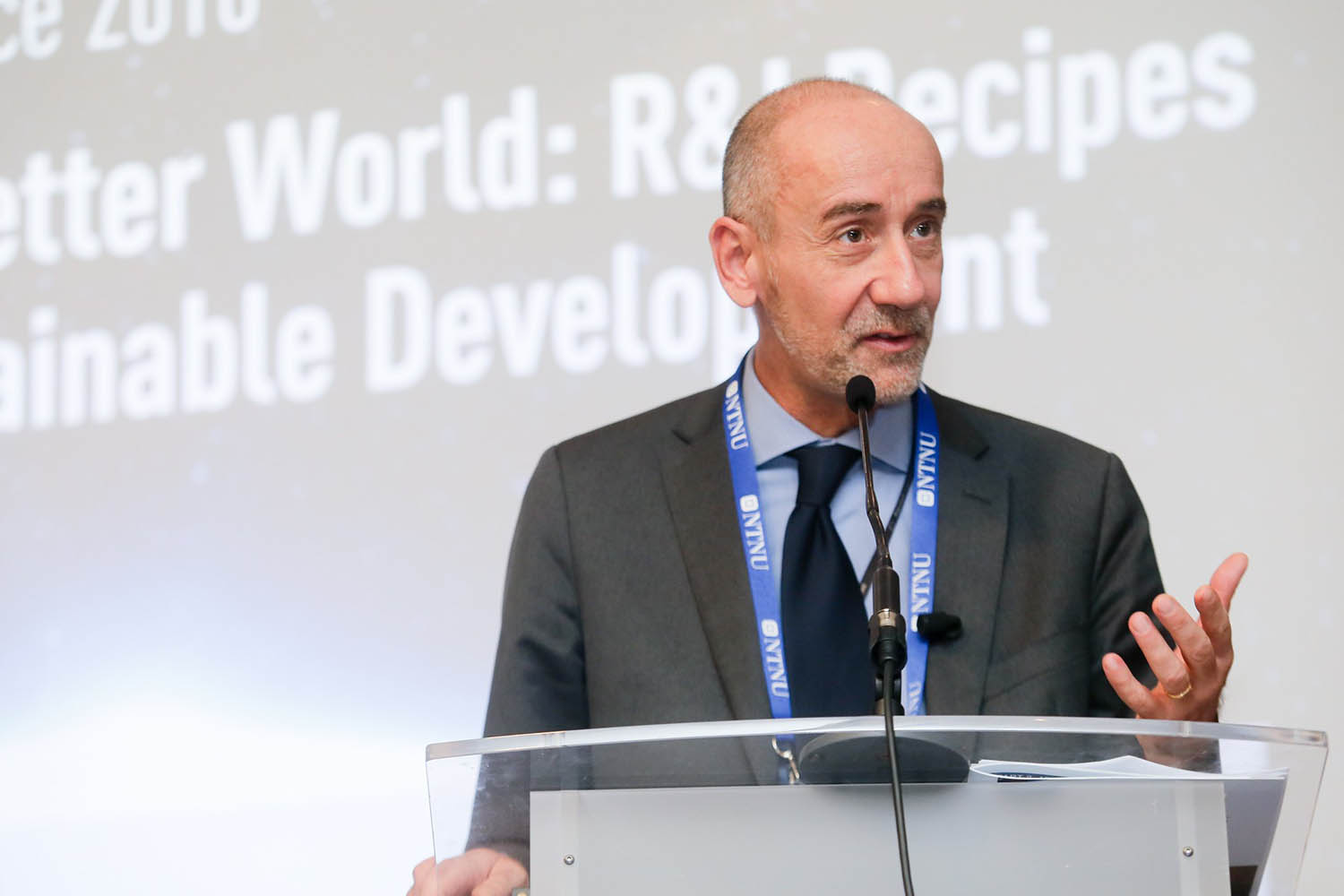 With Europe facing significant challenges over the next decade, it is vital that the EU’s research activities are designed not just by bureaucrats but by a wide range of voices to ensure that they’re fit for purpose, according to Jean-Eric Paquet, the European Commission's Director General for Research and Innovation.

He spoke to Horizon about how the European Commission’s new annual event, Research and Innovation Days, aims to shape the direction of European research over the next eight years.

You have €100 billion to spend on research, science and innovation between 2021 and 2027 under plans for the EU’s next funding programme, Horizon Europe. What are the main priorities for European research in the next decade?

Europe today is confronted with three main transitions: the climate-ecological transition, a social transition and an economic transition.

The climate-ecological one, I don't need to describe. The social one is very much about demographics and an ageing Europe, but it's also about technology - AI (artificial intelligence) - profoundly disrupting our social organisation. It's also about the fairness agenda and the need to really continue to uphold our European social model (balancing economic growth with social protection). The economic transition is about our competitiveness and also about revisiting our economic policy to better take into account constraints on growth, notably linked to planetary boundaries.

In September the European Commission is hosting an event called Research and Innovation Days to get input from different sources about what should be in Horizon Europe. Can you explain the thinking behind this?

We decided as we were preparing Horizon Europe that we also needed to give space to engaging with stakeholders (such as academia, industry, civil society).

Given that much of Horizon Europe is already drafted (see box), how much opportunity is there for real input?

We have purposefully not completed the preparations, so the various documents and priorities as they are now are notionally ready at 80%. We still have quite some way to go until we are ready to implement Horizon Europe. And this last 20%, we want to co-design it with all stakeholders. And this is really what the Research and Innovation Days are about.

Can you give an example of what’s going to be covered?

It is a programme which covers all the main topics of the policy conversation. We have, for example, quite an exciting session which is labelled reinventing prosperity, which is really about discussing how do we engineer an economic policy, a growth model which tackles the climate transition, (and) is fair from the social point of view and allows Europe to be a key player in tomorrow's world.

Beyond (the conference), we have also organised a space at the heart of the event, (which) we call the ‘Horizon Europe village’ for now, and that space is physically set up to reproduce the structure of Horizon Europe and of the future strategic planning. There will be areas where we will be able to engage a conversation between Commission staff together with Member States and our stakeholders. (It’s) a more informal way along these three days to speak to Commission staff, those which really are in charge of preparing the priorities of Horizon Europe.

How important is it to also get the general public involved, particularly when there seems to be such a disconnect between people and policymakers?

It is clear that we absolutely need to find a way to reconnect the public discussions and the interest of citizens with European science. We need to reconcile the notion of scientific progress and the precautionary principle (taking a cautious approach to regulation where scientific evidence is lacking). It's a complicated discussion, one which is very legitimate, one which is very much also driven by concerns in society.

There has been a long discussion in Europe on GMOs, for example, which has spilled over into more recent techniques like gene editing. (These) are key debates for many parts of our society, but which sometimes also limit the capacity of Europe (as a whole) to come up with solutions, including to climate change, environmental and biodiversity challenges. These are discussions where our society is largely driven by concerns on progress. I think we need to reconnect better this discussion with the positive potential of science in providing solutions to the challenges, which are so important for our societies.

'Europe's future can only be built in a completely inclusive way.'

Getting people excited about European research is one of the main aims of Horizon Europe ‘missions’ – the five big challenges that Horizon Europe promises to tackle. How exactly will the general public be involved in these?

Horizon Europe will support missions in five main areas: climate adaptation, clean oceans, clean cities, agricultural soil health and food, and cancer. The real challenge of the missions is to identify a specific objective which would be a form of a European public good, driven by discussion with citizens which we would then aim at delivering over the next decade. I see this process of preparing the missions, identifying these specific objectives of the mission as a particularly powerful way to engage a dialogue with citizens.

What’s the one thing you want people to know about the future of European research?

Two things. Europe's future can only be built in a completely inclusive way. It cannot be built by European institutions or European administrations acting in isolation. And we will show that this is really what is needed and can be delivered at the Research and Innovation Days.

The second one is that yes, there are deep challenges which are really disrupting our societies, but Europe, in particular at a global level, is capable of tackling them and research and innovation will play a key part in that.

The EU’s Research and Innovation Days will be held from 24 to 26 September in Brussels, Belgium. There are three strands: a policy conference to feed into Horizon Europe, an innovation hub for entrepreneurs and investors to meet, and a public exhibition of research projects, Science is Wonderful.

The European Commission has proposed allocating €100 billion over seven years for Horizon Europe, its next research and innovation funding programme, which is due to begin in 2021. There will be three main pillars covering basic science, innovation and societal challenges.

A key feature of Horizon Europe is to organise research and innovation around clearly defined targets, known as missions and inspired by the mission to put a man on the moon. There are five proposed missions which will be in the areas of cancer, climate change, healthy oceans, climate-neutral cities and healthy soil and food.

The specifics of Horizon Europe have been drafted. They are open for comments from members of the public until 8 September and will form the basis of discussions at the EU’s Research and Innovation Days.