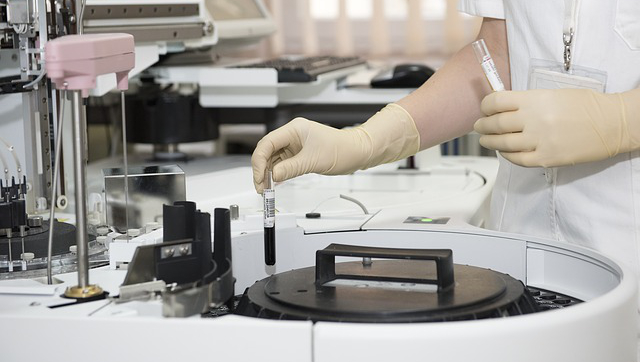 The EU’s 2007-2013 funding programme could have important economic knock-on effects, according to an independent report. Credit: Public domain/ DarkoStojanovic

The EU’s 2007-2013 research funding programme has had a ‘substantial’ impact on competitiveness in Europe, according to a European Commission report and the findings of an independent panel.

The EUR 55 billion Seventh Framework Programme (FP7), the predecessor to Horizon 2020, has so far generated over 170 000 scientific papers, even though more than half of the projects are still ongoing, the report said.

Since the financial crisis, the EU has been pinning its hopes on research and development to generate economic growth and jobs.

Getting Europe growing again is the top priority laid out by the European Commission President Jean-Claude Juncker for his term in office.

Innovation is important – recent figures show that 79 % of companies that introduced at least one innovation since 2011 experienced an increase of their turnover by more than 25% by 2014.

By 2020, the EU would like to see every Member State spend 3 % of their GDP on research, split between private and public funding.

‘You had 1 % of these publications that led to patents,’ Carlos Moedas, European Commissioner for Research, Science and Innovation, told journalists on 25 January.

‘Patents are one thing, but the other thing is how many products,’ he said. ‘And so that was around 7 400 commercial exploitations so far out of this work.’

The evaluation, which was compiled by a group of 12 independent experts, found that each euro invested by FP7 has generated around EUR 11 of direct and indirect economic effects through innovations and new technologies and products.

‘Given the fact that FP7 only accounts for a small proportion of total ... (research and development) expenditure in Europe, its economic impacts are quite substantial,’ it said.

However, it also highlighted the fact that future economic growth depends on being able to exploit these discoveries, and added that Europe needed to develop a strong innovation strategy.

The findings add impetus to Commissioner Moedas’ focus on open innovation, which has led to the possible setting up of a European Innovation Council to help European entrepreneurs navigate funding opportunities and establish successful companies.

‘They don’t have time to see if they should go to one (funding) programme or another programme,' Commissioner Moedas said. 'They need an umbrella, they need someone to tell them, "This is the best way." ’

The report also called on the EU to bring science closer to citizens, for example by including them in discussions over the purpose and benefits of research.

The EU’s Directorate-General for Research and Innovation, which runs the funding programme, responded by saying that citizens had been involved in the design and evaluation of Horizon 2020. The EU recently launched the EUR 2 million Social Innovation Horizon Prize where citizens voted on the problem that the prize should address.

‘We have to get citizens on board because innovation and science are becoming much more around the user and the citizen,’ Commissioner Moedas said. ‘I see young people that are not pure researchers and scientists doing great things.’

‘I see young people that are not pure researchers and scientists doing great things.’

The report said that FP7 was complicated because of the way Framework Programmes have evolved over the years, with the introduction of a number of new initiatives sometimes overlapping each other.

It said that this resulted in fragmentation and the formation of silos where programmes did not collaborate sufficiently.

In its response, the Directorate-General for Research and Innovation said that in Horizon 2020 there are themes such as Blue Growth and the Internet of Things that have been designed to cut across the priority areas.

It added that there was a large-scale simplification of the funding rules, processes and IT under Horizon 2020.

These kinds of measures are designed to open up research and innovation in Europe so that newcomer scientists, entrepreneurs and inventors can apply successfully for funding alongside established universities and research centres.

‘What I do not want is that you just make it because you know the system,’ Commissioner Moedas said. ‘I want it to be fair.’

The results of the FP7 report will feed into an interim evaluation of Horizon 2020 due by the end of 2017.