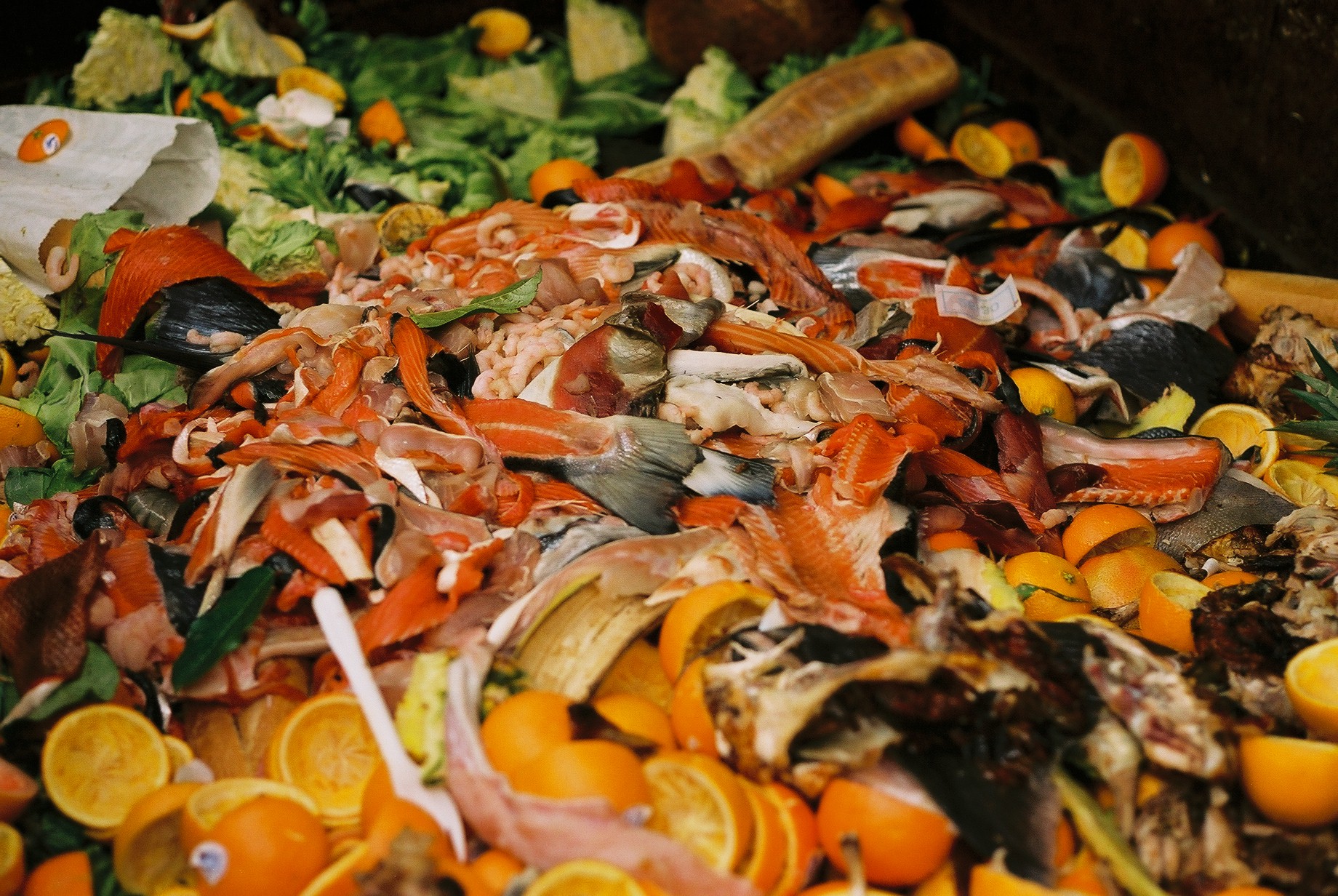 More than half of the total food waste in the EU, some 88 million tonnes in total per year, comes from households and the food service and retail industries. Image credit - Taz, licensed under CC BY 2.0

Finicky eating habits and wasteful processes have led to a system that discards millions of tonnes of food each year, but new approaches are salvaging the scraps we never see to make products that people will want to eat.

Many people worry about how to feed the world’s population in 2050, when it is expected to reach 9.8 billion, but for some the answer is simple. Toine Timmermans is programme manager for sustainable food chains at Wageningen University & Research, the Netherlands. ‘We currently have enough food produced worldwide to feed 12 to 14 billion people — not in 2050, but currently,’ he said.

A mix of misaligned policies and incentives have created a situation in which the world produces far more food than it needs, Timmermans says.

Hundreds of millions of tonnes of food are discarded as waste, while some is used as animal feed, even though much of it is still fit for human consumption. Put differently, only 55% of the world’s crop calories go directly to humans. In the EU alone, around 88 million tonnes of food are thrown away each year.

‘If you look at the data – this isn’t new, it’s been like this since the early 1980s – on a daily basis, per person, 5,000 kilocalories of food are being produced around the world,’ he said, which is more than twice a person’s average daily requirement.

Since flawed agricultural policies that encourage overproduction are a part of the problem, some experts believe a solution lies in entirely rethinking how we use food. Researchers like Timmermans are now looking at ways to consume food that doesn't usually make it to our tables as well as remove the inefficiencies in the system that brings the products to us.

‘On a daily basis, per person, 5,000 kilocalories of food are being produced around the world.’

Modern food production creates huge trails of waste known as side streams — potato peels, carrot pulp, bits of bananas, apples and a multitude of other by-products. To date, few industrial applications for these side streams have found success, according to a 2017 study.

Timmermans coordinates a project called REFRESH, which aims to get us eating more of the food we produce. The researchers are exploring multiple angles, and in one strand have extracted a fibre from chicory that can be used to fortify breads, yoghurts and drinks. They are also working with the carrot manufacturing industry, which discards 50-60% of the vegetable, to find opportunities to use the juice and peel as fibre ingredients.

There is growing appetite for these products both from businesses — which want to sell them — and from consumers, Timmermans explains. ‘At the moment we see a big market and definitely a trend, especially in larger cities where meat hybrids (products which contain meat) come into play, but also where there is a trend for fully natural products.’

Emilia Nordlund is research team leader for food solutions at VTT Technical Research Centre of Finland. She and colleagues are working on a project called Prominent, investigating the protein levels in wheat and rice side-streams. The team is honing methods to extract proteins from by-streams of ethanol and starch production, which could be added to pasta, biscuits, cakes, yoghurts and drinks as substitutes for meat and dairy.

With huge swathes of the Earth given over to pastoral farming or raising crops destined for livestock, identifying new sources of protein from plants would greatly benefit the environment.

‘Cattle farming is a big issue in climate change,’ Nordlund said. ‘So, if we can move to more using plant-based foods and not feed the crops to animals, there is no doubt that it would benefit the whole planet. Indeed, there are many calculations that show that plant-based food is much more sustainable when we think about the environmental issues.’ 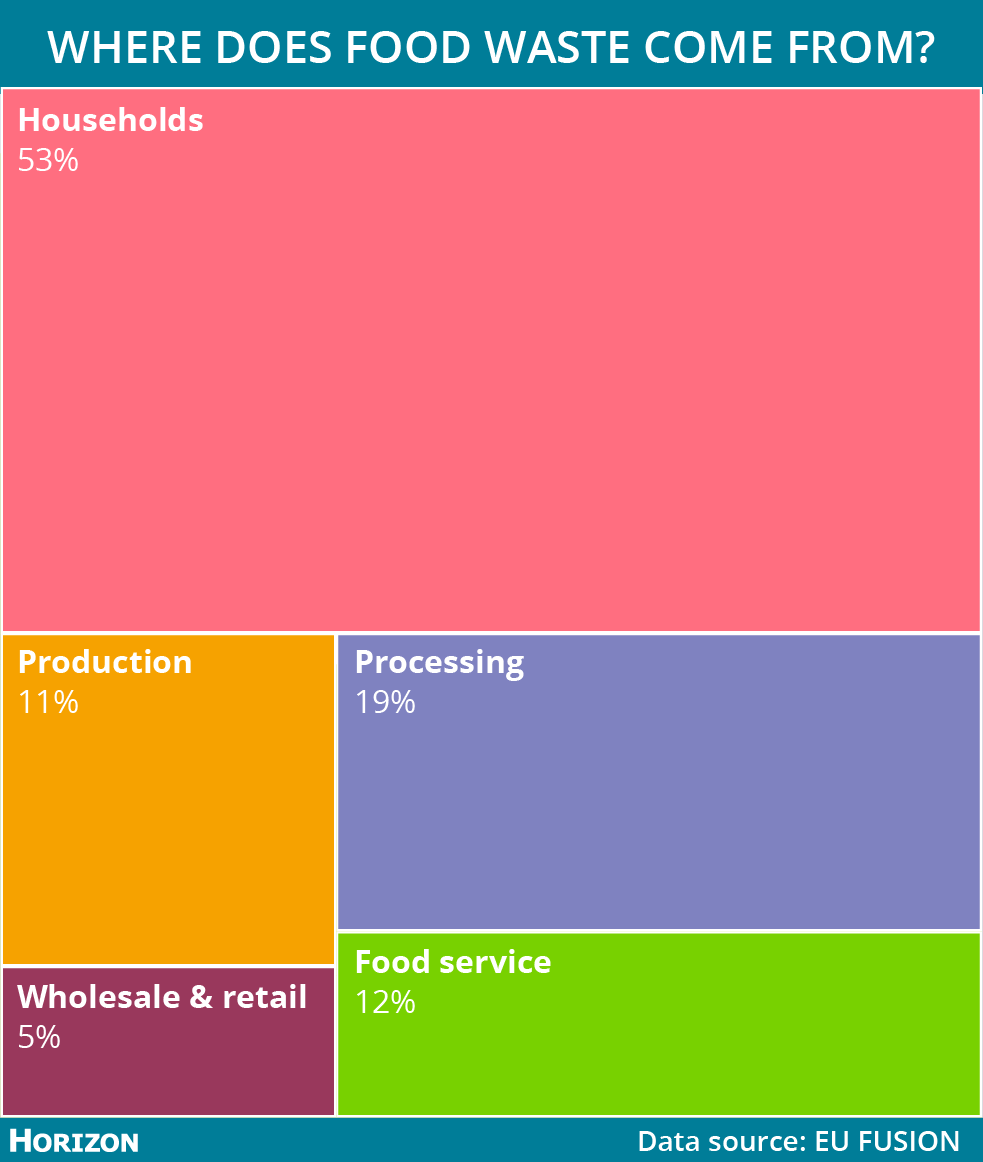 Apart from plant-based side streams, the waste that comes from fisheries could be another source of protein in products such as supplements.

The fisheries industry today wastes tonnes of nutritious material, as consumers swap traditional dishes like broths for perfectly presented filets. If a fish does not match the profile of what is required, crews may simply throw the carcass back in the water. Those bits of the fish discerning customers don’t want to buy – the head, bones, skin and blood – may also be discarded, or turned into animal feed.

Yet, these parts are rich in nutrients necessary for the human diet. Dr Katerina Kousoulaki is senior scientist at the Norwegian Institute for Food, Fisheries and Aquaculture, which is leading the AQUABIOPRO-FIT project to develop protein products from fish. The team want to transform fish by-products into powders, supplements and other products.

‘We want to make the best out of raw materials that are available, and fish and marine proteins and other bioactive compounds are very good raw materials for humans,’ Kousoulaki said. ‘So it is a downgrading, a devaluation process, the fact that it is ending up as farmed animal feed.’

Working with the department of medicine at Aristotle University of Thessaloniki in Greece, the team will assess how supplements affect athletes’ performance. The researchers will also analyse the role of fish supplements in mental health.

A 2015 study in the Lancet Psychiatry described evidence for ‘the relation between dietary quality (and potential nutritional deficiencies) and mental health, and for the select use of nutrient-based supplements to address deficiencies.’

Kousoulaki said: ‘We will provide nutritional supplements that will prevent – hopefully, this is the hypothesis – conditions like anxiety.' She adds that this could indirectly help reduce the prevalence of depression for which anxiety is a causal factor.

If food production continues to evolve, our meals may be about to change dramatically. We might be nibbling on bread made from chicory fibre or swallowing spoonfuls of fibrous, protein-filled yoghurt. Or we may have to learn to be less picky about what we eat. If you ever see fish-head soup on a menu, consider giving it a try.

In the EU, we waste around 20% of all the food we produce. One way to ensure that we’re able to feed a growing population is to try and get this figure down.

The EU has set its sights on cutting food waste in half by 2030 as part of its circular economy package, an initiative launched in 2018 to transform Europe’s economy into a more sustainable one.

The package includes an action plan to reduce municipal and packaging waste by more than half, as well as a ban on putting waste that is collected separately into landfills.

Countries’ progress will be measured and evaluated over time through the EU’s platform on food losses and waste, which was created to help reach the goals set out in the Stop Food Waste campaign.