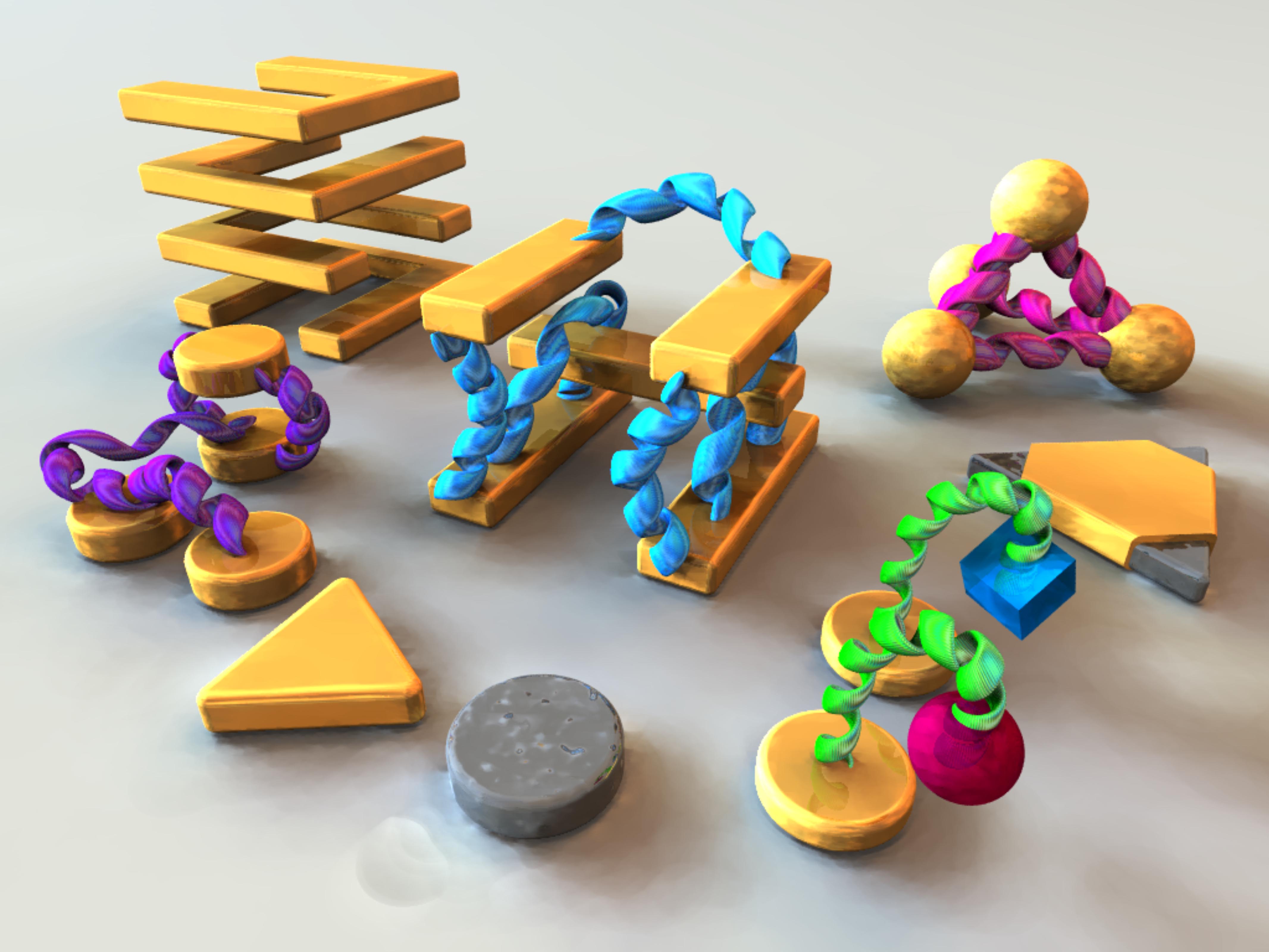 Plasmon particles can be used to reflect light and its colours can be altered on demand. Image credit - Professor Laura Na Liu

The image is on a canvas as wide as a human hair, its colours never fade, and they can be edited and erased on demand.

Professor Laura Na Liu at the University of Heidelberg in Germany has created it with magnesium blocks which shine because free electrons inside them perform a kind of Mexican wave known as a plasmon.

‘Unlike the light emitting diodes in our phones, the metal blocks need no electricity to shine, and unlike pigments, they never fade,’ said Prof. Liu. ‘Plasmons could revolutionise how we display colour.’

Plasmons arise from the natural ebb and flow of free electrons. When illuminated, these particles swing back and forth within the confines of metals. If these confines are narrow, the electrons oscillate faster. At frequencies high enough, they can reflect light.

For centuries, glass manufacturers have made use of the phenomenon to bestow sparkling colours on church windows by adding little metal particles to their recipe.

As part of the Dynamic Nano project, funded by the EU's European Research Council, Prof. Liu has fine-tuned the size and distance between magnesium blocks to tailor the rhythm at which plasmons oscillate within them. Each configuration reflects light of a different frequency, adding a new colour to her palette.

‘The blocks are so small that you can pack 100 000 pixels into every inch,’ said Prof. Liu. ‘This resolution is orders of magnitude higher than what we can achieve today with printers.’

Yet the defining feature of the image is neither its permanent brightness, nor its resolution, according to Prof. Liu. She believes that what sets it apart from other advances in plasmonics is that she can alter the colours of the image on demand.

Most researchers in the field of plasmonics have experimented on noble metals like gold. With the support of the EU's European Research Council (ERC), Prof. Liu has chosen to work on materials like magnesium that can bond with hydrogen to modify their physical properties.

‘When we spray hydrogen over magnesium blocks, we gradually transform them into insulators,’ said Prof. Liu. ‘This changes the colours that they reflect until they finally become transparent.’

In January this year, Prof. Liu demonstrated the potential of her colour-shifting material by animating a fireworks display on an area the size of a pinhead. She also showed how the technique could be used to encrypt hidden messages. The first commercial application that she foresees is a security label to authenticate medicines in emerging markets.

‘Counterfeiters can catch on to advances in producing fine print or holograms,’ she said. ‘But creating erasable plasmonic structures requires vacuum equipment that common criminals would struggle to get their hands on.’

If she and her collaborators can find a way to encapsulate the hydrogen during the exposure process and boost the number of cycles that the magnesium blocks can endure, she expects that the technology could reach the market in the coming two years.

To share the colourful prospects of plasmonics with a broader audience, Professor Sergey Bozhevolnyi at the University of Southern Denmark, in Odense, has an idea that could bring their production closer to home.

He is working on scalable methods of making small metal antennas on flat surfaces that lasers can melt into spheres. Each antenna reflects a different colour depending on how long the laser irradiates it.

This would offer welcome news for the environment as paints and inks release hazardous chemicals into natural ecosystems. It would also make it possible to store published data in smaller repositories and keep images safe from bleaching over time.

Prof. Bozhevolnyi sees the applications of plasmonics reaching further still. As part of his ERC project PLAQNAP, he is exploring how plasmons could also impact the field of information technology.

‘One obstacle to increasing the processing speed of computers is the rate at which information can be transferred through electrical wires,’ said Prof. Bozhevolnyi. ‘We are reaching the physical limit of data transmission inside computers.’

According to Prof. Bozhevolnyi, light transmits signals faster but no one knows how to harness light with computer chips. In his opinion, plasmonics could be the solution.

‘Plasmons are fast and compact,’ said Prof. Bozhevolnyi. ‘Like their use in colour generation demonstrates, these oscillations can control light very well. Our challenge now is to control the plasmons.’