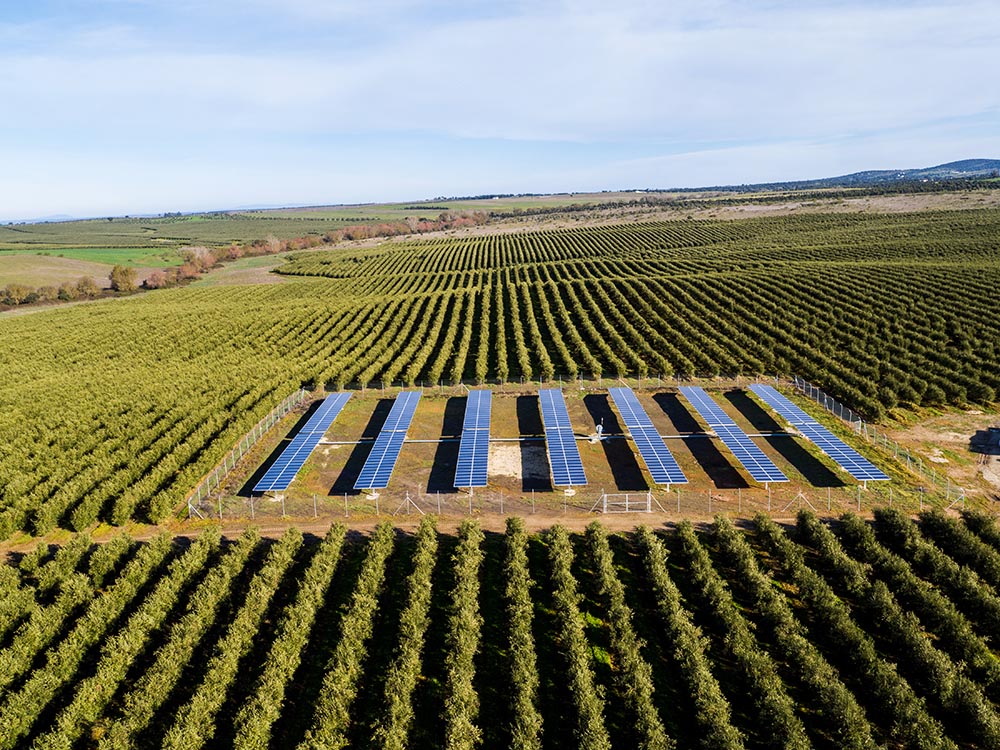 Solar-powered irrigation systems can help reduce water consumption by letting farmers know exactly how much water is needed and when. Image credit - MASLOWATEN

Rising populations and climate change are putting pressure on the water needed for agriculture but a solar-powered irrigation system may reduce the amount that farmers use – while simultaneously slashing the sector’s greenhouse gas emissions.

Agriculture accounts for almost 70 % of the world’s water use, but with the global population expected to increase to nine billion by 2050, demand for this already scarce resource will increase by an expected 55 %. For dry climates, this is a huge challenge for the farmers – and those they feed.

‘These countries need to keep producing food so the efficient use of water is key for the future,’ said Dr Luis Narvarte, an associate professor at the Technical University of Madrid, Spain, who is studying the links between water and energy.

Meanwhile, climate change is causing temperatures around the world to soar, adding more stress to the water available in dry regions, while irrigation activity itself is also adding to the problem as the agricultural sector burns huge amounts of fossil fuel such as diesel to pump water around farms.

‘If we don’t reduce the use of water and traditional energy (fossil fuels), our food system won’t be sustainable,’ said Dr Narvarte, who is also the project coordinator of the EU-funded MASLOWATEN consortium, which has developed a solar powered irrigation system that can produce a 30 % reduction in water consumption.

In the system, a series of solar panels, known as a photovoltaic array, is set up on a farm. It powers up a smart irrigation system that tells farmers exactly how much water is needed and when, reducing both water use and reliance on fossil fuels.

Dr Narvarte says that the total power needed for irrigation in southern Europe (including Portugal, Spain, the south of France, Italy, Croatia, Bulgaria, Greece, Romania, Macedonia and Malta) is 16 GW. He thinks if this was substituted by solar power it could offset over 16 million tonnes of CO2 a year.

‘We produce a solution in order to have the maximum solar power production during the summer when farmers need water the most,’ said Dr Narvarte.

Key to the system’s success is its ability to offer 75 % savings on current energy costs for irrigation.

‘This is the main driver to reach the market,’ explained Dr Narvarte. ‘The Spanish Federation of Irrigators have said that in the last 10 years the cost of irrigation has increased by 600 %.’

‘We are seeing the fingerprints of climate change clearly.’

This is because electricity tariffs have increased, while higher environmental temperatures require more water to be pumped to fields so farmers can grow their crops.

Demand for an irrigation alternative is so high that when MASLOWATEN organised an educational seminar in Alicante, Spain, over 350 people showed up even though they had expected only 100.

The project is already expanding its solutions across Spain and has also set up pilots in Italy, Morocco and Portugal – regions also at acutely at risk from rising temperatures.

However, the potential for solar power solutions to reduce water demand is bigger than just farm irrigation, says Vittorio Marletto, head of research in agrometeorology at the Regional Agency for Prevention, Environment and Energy in Emilia-Romagna (ARPAE) in Italy.

It is important for us to find more environmentally friendly ways of growing food if we are to meet the ambitious goals set out in 2015 at the COP21 climate talks in Paris, which aim to cap temperature rises at 1.5 degrees Celsius above pre-industrial levels.

Through the Horizon 2020 programme, the EU is funding research into how to transition towards a green economy and society through eco-innovation. The idea is to strengthen innovative green technologies, processes, services and products and help them get to market.

This will feed into the EU’s goal of reducing greenhouse gas emissions by 40 % by 2030 and improving energy efficiency by 27 % over the same period.

He thinks photovoltaic panels that float on top of reservoirs could play a role in preventing evaporation while providing the energy needed to pump water to farmers before it enters their individual irrigation systems.

But to effectively tackle the future water crisis, Marletto thinks regional authorities need to know more about the long-term availability of rains.

‘In northern Italy we are in the middle of a water crisis and are experiencing a very long drought. We were waiting for rain all of October because there was none, which is very unusual,’ he said. ‘We are seeing the fingerprints of climate change clearly.’

Marletto is part of the EU-funded MOSES project, which is combining weather forecasts with data from satellites and weather stations, and then adding it to regional information about crops, soil and water delivery.

This is all put through an analysis system which provides a seasonal forecast that helps local bodies manage crop-irrigation water and bring down overall energy costs. The goal of the MOSES research is to improve water access at farm level while helping water providers to better plan and manage water delivery during droughts and hot weather spells.

ARPAE is already looking to incorporate MOSES’s system into how it informs authorities and farmers on water availability in the region. Meanwhile the project is scaling up beyond its early phase and is already trialing the system in Spain, Morocco and Romania.

‘The objective is to bring a seasonal and shorter-term forecasting tool to markets all around the world,’ said Marletto.

This approach will become increasingly important in protecting crops, not just in terms of ensuring they have enough water but also in avoiding heat-related diseases that can wipe out entire harvests.

‘High temperatures stimulate the growth of fungi on maize,’ said Marletto. ‘You get a low amount of quality crop while you cannot sell the rest because it is poisonous.’

On top of that it will help protect dry regions from natural disasters as regional authorities can better plan if a drought or heat wave is expected.