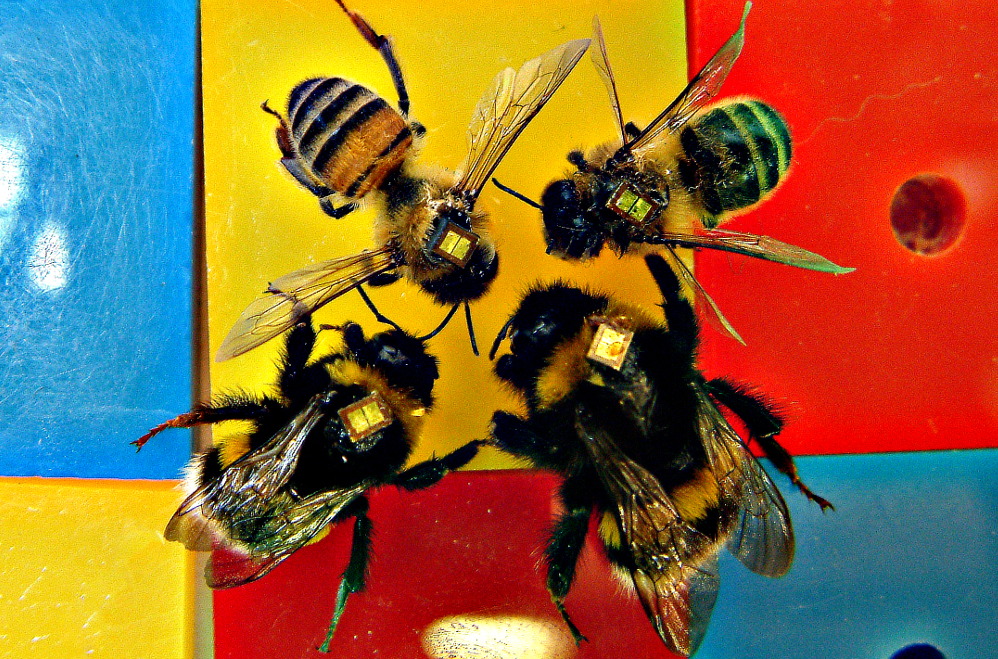 In a beehive, it is thought that a mixture of inquisive and cautious personalities allow for a better division of roles, meaning the whole hive can prosper. Image courtesy of the COLONYPERSPOLS project

Every pet owner knows that their dog, cat or guinea pig has its own individual and distinct personality and now research has backed this up, showing that even insects have clear character traits.

Personality, or the characteristic way a person is most likely to behave in any given situation, is generally considered to be something very human – hence ‘person-ality’. But, as research is finding, animals too can have very distinct and individual personalities, and scientists believe this has evolutionary importance for the survival of the species.

‘For me it’s fascinating that not only humans differ in the way they act, but also individuals of the same animal species,’ said Dr Sophie von Merten, from Adam Mickiewicz University, in Poznań, Poland.

‘Most people would consider this as something very human to do, and now scientists find (personality) differences in all kinds of animals, even in insects,’ said Dr von Merten, lead researcher on the EU-funded PERSONALIHI project, which looked at individual personality differences between shrews.

Her team examined behavioural traits such as boldness and shyness, how likely a shrew is to explore a new environment, how friendly a shrew might be and how likely a shrew is to pick a fight. To do this, they captured shrews in the wild in live traps and brought them back to the lab. Here, they placed the animals into a small box with wooden walls, which is a very safe and comfortable environment for a shrew.

To investigate boldness, the researchers placed the small box in an open empty cage. The door to the box was opened, and the researchers measured the hesitation time – how long the animal took to discover an exit and an outside world, and to finally leave the box.

‘To measure aggressiveness, I measure their aggressive behaviour against me,’ Dr von Merten explained. ‘It’s usually done because we all have to handle the animals. So more or less when handling I can see how often they bite, do they try to struggle to get away from me or do they rather just try to be calm and not use too much energy, and wait till I release them again.’

The EU-funded COLONYPERSPOLS project examined personality traits in bumblebees, like learning speed and preferences for different colours. They did this by creating artificial environments, for example, an artificial garden where all the ‘flowers’ are exactly the same – but with one key difference, like a slightly different colour.

Bees are generally known to prefer blue, but there can be different preferences for variations. Learning speed can be measured by ensuring only one of the ‘flowers’ in the garden has a reward – then bees that learn its position the fastest can more easily benefit than others.

Even though they had been working separately, both groups found that there’s a wide range of differences between each individual – characteristics that form distinct personalities.

‘Each individual has its own unique way of solving problems that’s consistent over time,’ Professor Lars Chittka, the scientist who was in charge of the COLONYPERSPOL project, explained.

‘For the species as a whole, it’s often beneficial to have a variety of different personalities to choose from.’

You might think that all animals living in one area should have the same personality - the one that’s most suitable for living in their particular environment - but as both scientists explained, that’s not the case.

‘People always think that if it’s an animal, then there should be only one beneficial way to act, and they should not vary from this,’ said Dr von Merten. ‘But for the species as a whole, it’s often beneficial to have a variety of different personalities to choose from.’

‘Evolutionarily, it’s good to have a bunch of different personalities for a species,’ Dr von Merten said. ‘Even if, for that individual, it might not be the best strategy at the time.’

The more social a species is, the more likely there is to be a lot of variation in personalities, it seems. In a beehive, having a variety of different personalities is a good idea because it means labour tasks can be divided more effectively and means that the hive, as a whole, will run better.

For example the bees that are bolder and have more exploratory personalities would be naturally good foragers, whereas bees which are more shy and wary might be better caregivers in a hive.

Dr von Merten said that this can be seen even more clearly in shrews. Not all shrew species are social, but in the more social species, there are way more personalities to be seen, she said. This is because when one shrew meets another, it’s better to have a social hierarchy to reduce costs from constant fighting.