Dr Robinson's project to explore corals in the Atlantic Ocean was made possible by the ERC, an EU-funded body set up to foster blue-sky research. Image ©Tropics

Thousands of metres below the Atlantic Ocean live strange types of coral that no human has ever set eyes on. Or at least that was true until last year, when a group of researchers began investigating the uncharted abyss with a remotely-operated vehicle.

It’s the kind of speculative research that is only possible thanks to a EUR 2 million grant from the European Research Council (ERC), which funded the specialist equipment required and a team of scientists to use it.

‘We were able to charter a ship, get access to a state-of-the-art underwater vehicle and equip the lab with a new laser for making age determinations,’ said geochemist Dr Laura Robinson at the University of Bristol, UK.

The research could help our understanding of the impact of the climate on fragile ecosystems. For example, it could shed light on the extent to which dissolved carbon dioxide stifles the growth of deep-sea corals, which host numerous species of fish and invertebrates.

Robinson’s is just one of many projects that have been made possible by the ERC – a body that aims to foster frontier research. Unlike other EU funding mechanisms, the ERC allows researchers to come up with their own ideas for projects, rather than be led by pre-defined goals.

The ERC, which operates as an executive agency of the European Commission, is run by a scientific council, a group of 22 independent academics, who establish the ERC strategy, monitor the quality of operations and oversee the implementation of the programme at the scientific level.

However, the EU was backing frontier research before the formation of the ERC, even if it was not doing so explicitly and on the same scale. The Stimulation programme, which was part of the First Framework Programme in 1984, allowed researchers to come up with their own ideas for research projects and balanced the rest of the Framework Programme’s emphasis on applied research. The same was true of the Science programme, which continued from Stimulation in 1987 until 1991.

The European Joint Optical Bistability (EJOB) project was one of the projects under these programmes. In 1986, scientists taking part in the EJOB project demonstrated the prototype of a basic logic circuit that processed light instead of electric current.This result kick-started the field of optical logic, which some researchers believe could still offer a means to build more powerful, light-based computers.

‘You mustn’t ignore basic research. You’ll always need that to take the next step.’

Professor Des Smith, a physicist who participated in the EJOB project and who now helps run the company Edinburgh Biosciences in the UK, believes frontier research is just as important as applied research.

He gives the example of the first computer revolution, which would not have been possible without the discovery of semiconductors in solid-state physics. ‘The lesson is, you mustn’t ignore basic research,’ he said. ‘You’ll always need that to take the next step.’

However, it was not until the introduction in 2000 of the Lisbon Strategy, which emphasised the need for a knowledge-based European economy, that plans for a large-scale, pan-European frontier research funding body really began to take shape.

Since it was formed in 2007 with the Seventh Framework Programme (FP7), the ERC has backed some 4 500 projects out of more than 43 000 applications.

The ERC is remarkable for the scale of its funding. Under FP7, its budget was EUR 7.5 billion. That sum has been increased by approximately three quarters to EUR 13 billion under Horizon 2020, making it equal in nominal terms to the entire budget of the Fourth Framework Programme.

For the first time since the end of the 1970s, the ERC offers grants that do not have transnational cooperation as an assessment criterion, and because of the investigator-driven nature of its funding, it has helped promising young researchers to sidestep the career hierarchies that often prevent them getting funding for novel projects in their own institutions.

Of course, not knowing where research will take you can lead to some creative proposals. Today, if you take a look through the ERC-funded frontier research projects that is just the case: there is everything from exploring the types of singularity posed by the Nobel Prize-winning mathematician John Nash, to understanding the neurobiological processes that lead us to acquire knowledge, to the impact of family break-up on society, and the fall of Communism in Eastern Europe.

There are also frontier research projects currently taking place that have been funded by other parts of Horizon 2020. For example, in the long-running Future and Emerging Technologies programme, the Graphene Flagship has been tasked with taking the one-atom-thick material from the realm of academic laboratories into European society in the space of 10 years, thereby generating economic growth, new jobs and new opportunities for Europeans both as investors and employees. 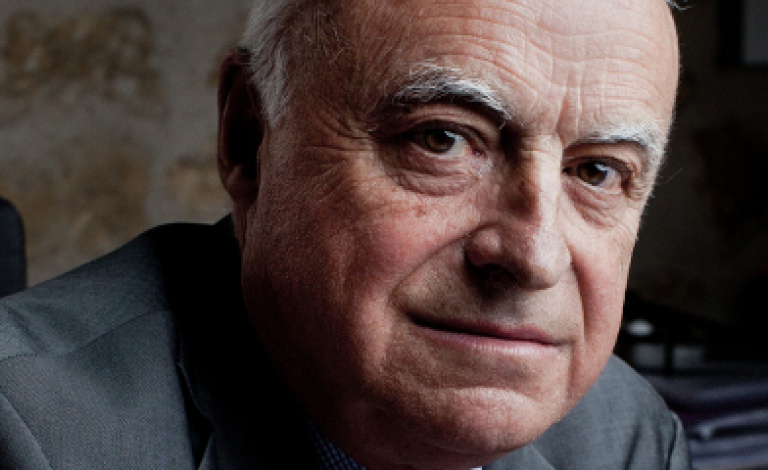 With the formation of the European Research Council (ERC) in 2007, the EU has given a substantial boost to frontier research. Now we just need to allow it time to produce results, says Professor Pierre Papon, a former director-general of the French National Center for Scientific Research (CNRS).