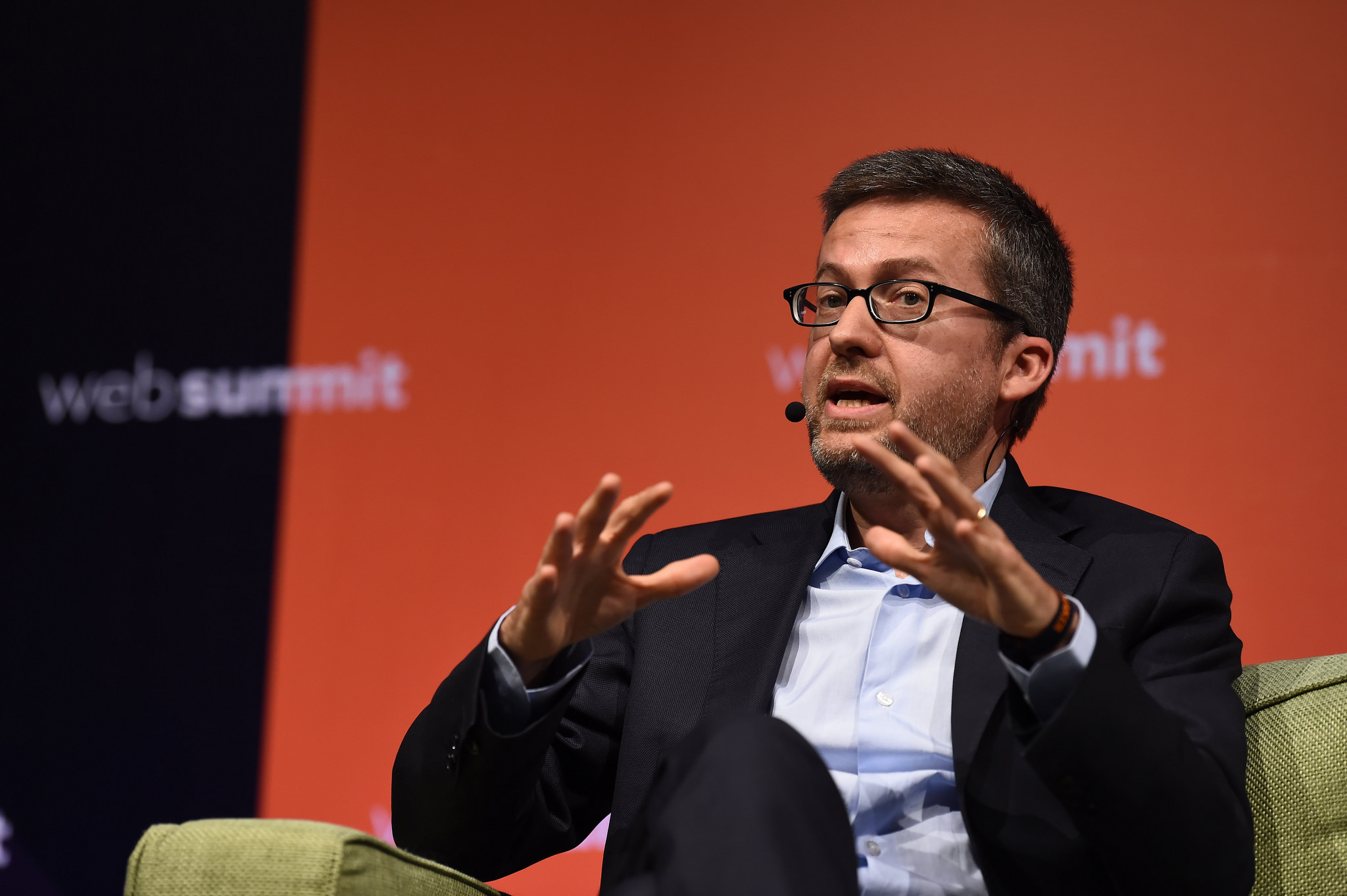 Carlos Moedas, EU Commissioner for Research, Science and Innovation, has called for political leaders to speak more about science and innovation to connect people with the life-changing research that is funded by their taxes and has the potential to combat urgent global problems.

Speaking in a Q&A session titled ‘Can the benefits of publicly funded research continue to outweigh the costs?’ at the Web Summit conference in Lisbon, Portugal, on 8 November, he underlined the ‘mind-blowing’ but often unrecognised innovations brought to life with EU funding.

‘When I arrived (at the European Commission) in 2014, we had the big Ebola crisis and we were the first to actually do a vaccine for Ebola, at the European Union, with taxpayers' money,’ he said. ‘I think sometimes people don’t know about all these things that we do that change the lives of people.’

He said that one issue is that science and innovation aren’t discussed at a high level.

Speaking on the sidelines of the Web Summit, an annual tech conference that this year featured a number of sessions on how to use technology to address pressing global issues, Commissioner Moedas said that one way of making the impact of research more visible is to offer cash rewards to people who come up with solutions to global challenges, known as inducement prizes.

‘Prizes help us to connect more with people and that is very important in Europe — that people see what we are doing — and then prizes are a good way of giving the right incentives for people to innovate, because you have the challenge, you want to win that challenge.’

‘Prizes are a good way of giving the right incentives for people to innovate.’

On 27 October the EU announced that it will put up EUR 40 million to fund six such prizes — known as EIC Horizon prizes — each of which sets an ambitious goal to solve a major societal challenge, ranging from creating artificial photosynthesis for producing synthetic fuel to developing affordable high-tech solutions for humanitarian aid.

Similar inducement prizes, known as Horizon prizes and worth up to EUR 3.5 million each, were already present in Horizon 2020, but Commissioner Moedas said the new level of prize money — up to EUR 10 million each — offers a large incentive for innovation and a connection with science.

The prizes are one of four funding instruments that fall under the pilot phase for the European Innovation Council (EIC). This pilot phase will run for three years, with EUR 2.7 billion, and aims to help Europe’s entrepreneurs and innovators scale up internationally.

While the EU is a world leader in terms of basic science, it lags behind other countries, particularly the US, when it comes to scaling up innovation.

Responding to questions of how the EU can convince and assist entrepreneurs who may be wary of red tape, Commissioner Moedas said the EIC’s ‘one-stop-shop for European innovation’ offered innovators simple funding and support access.

‘The EIC is exactly about that — to open the doors and not ask questions, instead of telling people you should invent a new battery or go to the next flying car. I don’t ask those questions, I want people to come with ideas and if the ideas are good —  and more, if the innovator is good — then I will invest in that person,’ he said.

Aside from funding market-creating innovation and high-risk, high-reward ideas, the EIC pilot also aims to help connect European entrepreneurs with venture capital to boost their growth.

‘Today, the problem is scale,’ said Commissioner Moedas. ‘You are a European company, you have a great idea — and we have so many of those — and (you) need (EUR) 10 million? Okay, you will find 10 million at Web Summit and all these venture capitalists, but if you need 50 or 60 million you can’t find it and you have to go the US.’

He said that raising the level of European venture capital could be helped by EUR 400 million of funding put up by the EU in a pan-European fund of funds.

‘So these founder funds that we are creating give the incentive for that, giving the opportunity to people to dream, create, build, to scale up and to stay in Europe. That’s the only thing we can do. It’s only a drop in the ocean but it’s a big drop.’