Europe is in danger of being out-innovated in regenerative medicine – Prof. Ton Rabelink 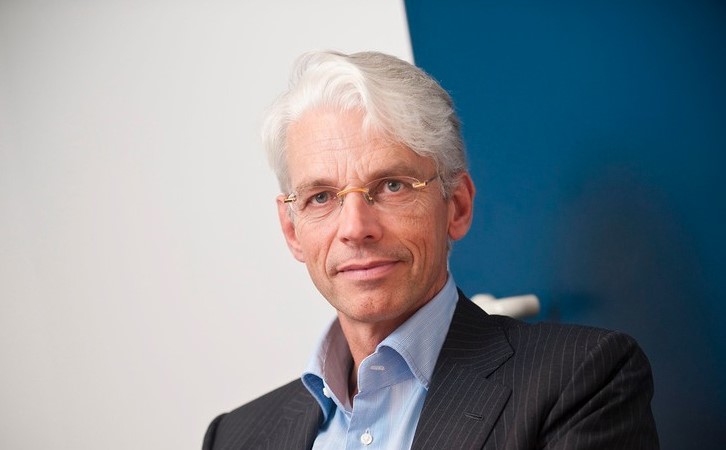 Europe needs to reorganise its approval system for regenerative medicine or risk having to buy in treatments from the US or Japan, says Prof. Rabelink. Image credit - Arno Massee Fotografie

Regenerative medicine should be governed, firstly, by the principle of do no harm, but a better balance between risk and regulation is required to bring innovations to market more quickly, according to Ton Rabelink, professor of internal medicine and head of nephrology at Leiden University in the Netherlands. He says that Europe is in danger of falling behind countries such as Japan and the US if there is not more flexibility in how new therapies are regulated.

Why has stem cell research been so fraught with controversy?

‘A lot of medicine nowadays is not about curation, but trying to reduce progression or manage chronic diseases. When people have illnesses that are really debilitating or limit their lifespan, they become desperate to find a miracle cure. That is the sort of promise that comes with the stem cell story because it can restore function, it allows you to make new tissues, so people begin to ask: “If I have kidney disease, can I make a new kidney? If I have diabetes, can I make new beta cells? Can I mend my heart, basically, through this type of biology?”

‘There's obviously a big selection bias, but if you have a positive result, then the preclinical data (from animal trials) are often very attractive. And even though it’s still a long way to clinical application, some practitioners capitalise economically on the hope or despair of patients.

‘For example, in the United States little legislation is in place to regulate stem cell therapy, (and it is not) a defined product. So any doctor can just open up a so-called stem cell clinic. They’re using it for everything — hair growth, diabetes — and they create false hope.’

At the same time, would you say that valid research in regenerative medicine is thriving?

‘Yes, it is becoming a very important theme in healthcare. And this is because of what I just told you about chronic disease. It’s unsustainable to treat patients with three or four chronic diseases at the same time, with drugs that work only partially. Yet that is our current reality. We really need to create a paradigm shift, to target central mechanisms and capitalise on the endogenous returns of capacity of the body (the body’s ability to heal itself) —or reinstall this capacity.’

Last year, you finished work on a project called STELLAR to look at how regenerative medicine can help people suffering from chronic kidney disease. What did you do?

‘We wanted to increase the availability of organs for transplantation and to explore whether we could reduce chronic kidney disease. There is a small population of what are called mesenchymal stromal cells (MSCs) in the bone marrow. In 2006, scientists at the Karolinska Institute (in Sweden) discovered that if you take a biopsy from the bone marrow, expand the cells and then reinfuse them, they have an immune suppressant and regulatory effect, and create a pro-regenerative environment. Experiments in animals showed they could retard the progression of kidney disease but the real trick is, can you bring this to a human population? Our group was among the first to do clinical trials using these cells in our hospitals.

‘Then … we did some experiments with discarded kidneys, which had been offered for transplantation but couldn't be used for technical reasons. We found that similar cells were present in the kidney itself, which would have additional benefits over those from the bone marrow — a next generation type of cell. We’re starting a phase one study (to test doses and side effects in humans) with these kidney stromal cells. This will focus on revitalising and preserving organs for transplantation that otherwise would have ended up the garbage bin, thus increasing the number of donated organs available.

‘Finally, as part of Stellar, we had teamed up with the group of scientists in Australia, one of whom, Melissa Little, discovered that you can actually reprogramme cells and differentiate them into kidney tissue — something people hadn’t realised was possible. The kidney is a very complicated organ with more than 15 different specialised cell types. But if you create the right growth factors, thereby mimicking the early steps in embryogenesis (embryo formation), it’s like loading a software program on your computer, pressing the enter button and then have it start to run. Conceptually, this means that you can take a cell from a patient, reprogramme it into a pluripotent stem cell and then grow your own kidney tissue. It’s still a long way from clinical application, of course, but it’s the most imaginative piece of progress we’ve made.’

It sounds as though there’s a lot of promise, but you’ve also mentioned that it’s important not to give people false hope. How well does Europe’s regulatory system balance this?

‘The regulatory framework in Europe operates through the European Medicines Agency, EMA. You can give a patient cell therapy in a research setting. Alternatively, the product must get market authorisation, but has to go through the system as if it were a chemical drug, even though its biology is very different and some aspects of the process aren’t relevant. The third possibility is to apply a hospital exemption, which is the way bone marrow transplants are being done right now.

‘But as we move towards real stem cell innovations, there is no good understanding of what the safety requirements should be. If we modify a cell genetically, there's always the fear that this may lead to future tumorigenesis, causing cancer. So how do you safeguard against that possibility? The EMA is looking at the right mechanisms to support the field.

‘It is very important that they do this because the regulatory landscape in the US and Japan has changed over the past two or three years to accommodate recent advances. For example, Japan has an early access programme for treatments that seem promising but are not yet proven to work. If they appear safe in say, 40 patients, then doctors can start applying them. The US has created the 21st Century Cures Act that allows for clinical trials for stem cell therapies and fast-track access to market for those that appear effective.

'As we move towards real stem cell innovations, there is no good understanding of what the safety requirements should be.'

‘The risk is that if we don’t organise locally here in Europe, we’ll end up having to buy these treatments from those countries. We’ve already seen this with genetically modified cells, so-called CAR cells, to attack tumours in leukaemia. The treatment works quite well but costs about €500,000 per patient.’

What else is needed to turn this type of research into actual treatments?

‘It's very interesting to look at what happens in the rest of the world. You really need ecosystems — academia, but also legislatures, manufacturing and, of course, finance. The US has huge ecosystems like CIRM, the California Institute for Regenerative Medicine, which was founded through taxpayers’ money following a referendum, and invests about $250 million per year in this space.

‘The situation in Japan is even more remarkable. The early breakthroughs were made by a Japanese scientist so they consider regenerative medicine almost as their national invention. And, of course, Japan has an ageing population so the concept is very appealing. The government set up a planned economy around regenerative medicine and adapted its regulatory framework, putting national systems in place to oversee quality and safety and organising private-public collaborations, bringing together academic institutions and big pharma. Fujifilm, which was originally a photographic company, is devoting resources to stem cell research and using its film technology to make biomembranes.’

How long does it usually take for advances in the lab to reach actual patients?

‘Right now, in Europe, it takes about 10 to 15 years between a first-in-men trial of the treatment and full clinical application. I think it’s good to have a rigorous system — first, do no harm. We should not embark on dangerous adventures.

‘But I don’t think it’s still necessary to have such a long trajectory. We should create flexibility to accommodate scientific innovations. We could prepare these kinds of cells for clinical application in a period of 5 to 10 years instead of 10 to 15. That would be very meaningful for patients.’