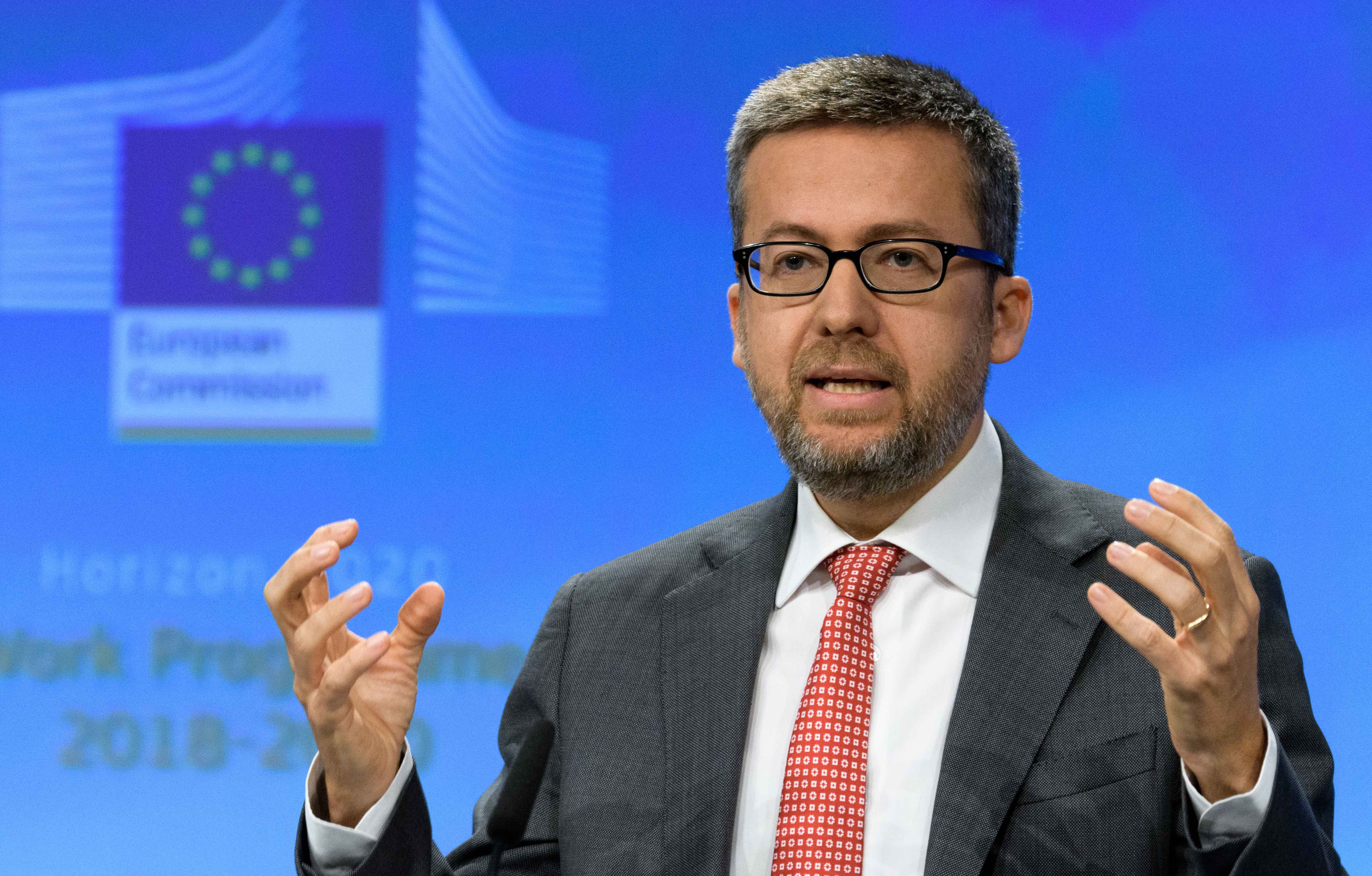 The final three years of the EU’s Horizon 2020 funding programme will see EUR 30 billion go towards tackling challenges such as low-carbon living, digitalisation, the circular economy and security, as well as backing to promote market disrupting innovation.

Carlos Moedas, EU Commissioner for Research, Science and Innovation, announced at a press conference on 27 October that EUR 2.7 billion would be set aside for a three-year pilot of a European Innovation Council, which will provide support to high-potential start-ups to help them scale up rapidly.

‘It's about what we have been calling breakthrough innovation, market-creating innovation, disruptive innovation,’ he said. ‘That's the type of innovation that creates jobs.’

In his speech he set out how EUR 30 billion would be allocated over the final three years of the EU’s Horizon 2020 funding programme.

‘We have three years to go and we have to focus,’ he said. ‘We have to think about what are the priorities for Europe but we have to give direction to the scientists and researchers.’

There will also be greater use of so-called inducement prizes, where entrepreneurs are set a challenge and the person or team that comes up with the best solution wins a substantial monetary award.

‘It's about what we have been calling breakthrough innovation, market-creating innovation, disruptive innovation. That's the type of innovation that creates jobs.’

The topics for the 2018-2020 budget were drawn up based partly on the concerns of citizens and the UN’s Sustainable Development Goals, while research spending on climate will also feed into the EU’s commitments under the Paris Agreement.

Investment in how to merge the digital and physical worlds will include areas such as quantum computing and the Internet of Things.

Under the budget, EUR 600 million has been set aside for the European Open Science Cloud, which will provide EU researchers with a platform to store, share and re-use their data freely. There are also plans to develop an open research publishing platform.

Migration, another key priority, accounts for EUR 200 million of the social sciences budget, with a focus on integration, better governance and policies, ICT and children.

Tackling extremism comes under the Security Union focus area, with emphasis placed on how, when and why extreme ideologies manifest. Support will also be given to studies on the drivers of extremism, especially in the Middle East, North Africa and the Balkans.

To encourage international cooperation, EUR 1 billion will be dedicated to promoting partnerships with non-EU countries through 30 flagship initiatives. Future collaborations could include working with Canada on personalised medicine, with the US, Japan, South Korea, Singapore and Australia on road transport automation, with India on water challenges and with African countries on food security and renewable energies.

Other topics set to be funded by the new work programme include research into populism and polarisation, cultural heritage, the impact of technology on young people and children, waning trust in governments, new cyber-crime-fighting technologies and innovations for post-disaster action plans.

The final three years of Horizon 2020 will act as a stepping stone towards the future funding programme, currently referred to as Framework Programme 9, due to launch in 2021.

Since the beginning of Horizon 2020 in 2014, more than 14 000 collaborative projects involving more than one EU country have been supported, and by 2020, the European Commission will have put EUR 77 billion towards research under this programme.

‘Horizon 2020 is one of the best programmes in the world for science,’ said Commissioner Moedas. ‘So far, the results of what we have done are astonishing. We have contributed in the last decade to the major discoveries of the world, namely gravitational waves, the Higgs boson and the exoplanets.’