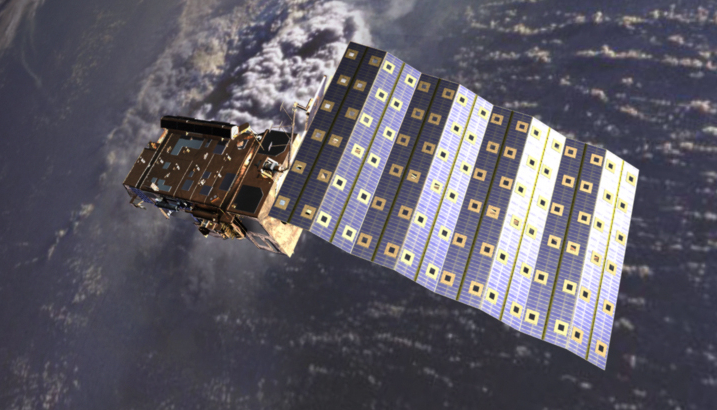 Observations from EU satellites are being used to help predict air quality in China as part of a new comprehensive forecast system.

China’s greenhouse gas emissions won’t peak until 2030, which is bad news for cities like Beijing that are already suffering from severe smog. With coal still their economic driving force, Chinese authorities are now adding data from European satellites to their own in order to help curb their air pollution.

‘The satellites look at sunlight reflected from the earth’s surface and detect pollutant gases by the light they absorb,’ said Dr Ronald van der A from the Royal Netherlands Meteorological Institute (KNMI). ‘These findings are then combined with model data to create an air quality forecast.’

The EU-funded MarcoPolo project focuses on the emission estimates from space. A wide range of data is collected from various European satellite instruments, including the Ozone Monitoring Instrument (OMI) flying on a NASA platform.

The OMI measures air quality on earth by hitching a ride on NASA's Aura satellite, which orbits our planet. Please note this video has no sound. Video courtesy of NASA

‘We have strong experience with satellite data and a long experience with air pollution,’ said Dr van der A, who is the project coordinator for MarcoPolo. ‘We have been dealing with this issue for years, from the smog in London during the 1950s to more recently in Paris.’

In China, air quality concern is relatively new but the issue is high on the government’s agenda.

‘At the World Championships in Athletics in Beijing in August, the government managed to get relatively clean air by having very strict measures on traffic and factories,’ said Dr van der A. ‘If you have an air quality forecast predicting bad pollution for tomorrow, then you can reduce emissions today.’

Satellite data will be integrated in the forecast, by using the observations to derive the most up-to-date air pollutant emission information. The strength of the MarcoPolo project is that it gets a more complete picture by complementing satellite data with models and ground-based observations.

PANDA, an EU-funded project partnering with MarcoPolo, combines EU satellite observations with Asian ground air quality monitoring stations which take data from traffic, industry and agriculture. The project then analyses the daily air pollution events over Asia, with a particular focus on China.

‘In Beijing you can have a beautiful, clear sunny day and then two days later you can’t see the building across the street.’

‘We’re developing a system that will give daily air quality predictions for the days ahead,’ said Professor Guy Brasseur, project leader of PANDA.

An air quality forecast needs to be able to monitor pollution each day because levels of pollution can change quickly due to factors like wind direction, wind speed and temperature.

‘In Beijing you can have a beautiful, clear sunny day and then two days later you can’t see the building across the street,’ said Prof. Brasseur. ‘These pollution events are becoming worse and more frequent.’

PANDA is developing a more accurate and comprehensive forecast, which means better measures can be taken to address this pollution.

‘By the end of the year we want to have the prediction system online,’ said Prof. Brasseur. ‘When high pollution levels are expected, authorities could take these predictions and start managing their emissions more effectively.’

For example, Chinese authorities would know when factories should stop burning coal or when they need to restrict the amount of cars on their roads.

This is particularly important when the World Health Organization says 7 million people are prematurely dying each year from air pollution. It’s a serious problem for countries like China, where 2.6 million deaths are related to outdoor air pollution. However, PANDA’s forecast system can also provide a tool to help those at risk.

‘Our predictions can give warnings to people. We can say tomorrow’s air conditions will be bad for people with heart disease, or that visibility will be poor so people shouldn’t run or take their bicycle,’ said Prof. Brasseur.

The project is also discovering opportunities to address other areas of pollution. Ammonia use in agriculture is causing significant pollution in China because farmers use excessive amounts to increase their production rate.

‘We have reached a point where farmers put too much fertilisers in the field and the resulting nitrogen gets into the stream, waters, rivers and finally into the sea,’ said Prof. Brasseur.

‘You can see this nitrogen from space and when these emissions observations are analysed, you can see how much fertilisers are used. It’s not that easy, but we can see it and that creates potential to address the issue.’

According to Prof. Brasseur, cooperating with Chinese researchers has created several other valuable opportunities. The European Commission recently announced that it expects to spend over EUR 100 million per year from 2016 to 2020 for the benefit of Europe-based entities in joint projects with Chinese participants.