The economic crisis in Europe has forced many countries to scale back financing for blue-sky research, making European Research Council (ERC) funding increasingly important, according to the ERC’s 4 000th grantee, Dr Manuel Arruebo, professor of chemical engineering at Zaragoza University in Spain.

You received your ERC grant for your NANOHEDONISM project looking into pain relief. Why have you chosen to focus your research on this area?

‘Nerve pain affects millions of people around the world and can be devastating for people who experience it. The anaesthetic delivery systems we have nowadays are not capable of being turned on and off; there are systems that have a burst release but cannot be turned off, so the person cannot adapt his or her daily life to their treatment. For example, they cannot drive after treatment. We are working on a system that a patient can adjust according to their daily activities and how much of the drug they need, and avoids the need for surgery.’

In your research, you use lasers to control the pain treatment, how does that work?

‘We have already demonstrated the concept of using laser light to trigger release of a drug from within a reservoir. This work was done in collaboration with researchers at the Massachusetts Institute of Technology. Together we controlled the release of a drug encapsulated inside a device that had been implanted with surgery in part of an animal. When the laser was turned on, the release of the drug was activated. In this case a drug similar to insulin to treat diabetes was used, and when the laser was switched off the drug release stopped.

‘When I saw how well the system worked, I thought I would like to apply for a project to tackle pain because pain is such a huge problem in our society.’

‘Because of the economic crisis the funds available from the state and the national government have fallen a lot, so we have to apply in the EU funding calls.’

What aspects of the project are you working on now?

‘As material scientists we are working on the design of the nanoparticles that shrink in response to light releasing the drug. We use computer simulation and microfluidics (a research field combining scientific disciplines such as physics and biotechnology) to synthesise the nanoparticles, then we will move onto the in-vitro testing to demonstrate that the materials are biocompatible.’

What are the advantages of putting together a multidisciplinary team?

‘It’s a very good way of approaching the problem because we can learn from each other by working more closely, allowing us to go faster and be more efficient. We’ve also realised that there are other materials that could have other potential applications in another field, so we are getting excited about each other’s expertise and being able to help each other solve problems. It's an ideal way of working.’

When this five-year grant finishes what is next?

Has the economic downturn affected the funding available for blue sky research?

‘For our proposal, which is basic research, the ERC is the main player. In Spain we apply for funding to our state government, to our national government, and to the EU. Because of the economic crisis, the funds available from the state and the national government have fallen a lot, so we have to apply in the EU funding calls. And the competition for the ERC funds from researchers elsewhere in Europe is now higher because of the economic crisis.’

What will this EUR 1.5 million ERC grant allow you to do?

‘We are developing new polymers and new nanoparticles. My research is basic research in the sense that we develop the materials, carry out the in-vitro testing (in the test tube) and do the in-vivo testing (in live animals). Thanks to this funding we will be able to perform all the stages of the project ourselves by hiring biologists with experience in animal testing. Before getting this grant we had to do the biological testing stages in collaboration with other research groups and we found that language barriers and just working with another group can slow you down.’

The European Research Council (ERC) was set up in 2007 by the EU and is the first pan-European funding organisation for frontier research.

Some 4 500 projects have been selected for funding so far from more than 43 000 applications, and the ERC counts eight Nobel laureates among its grant holders.

From 2007 to 2013, the ERC budget was EUR 7.5 billion. Under the new EU research programme, Horizon 2020, its budget substantially increased to over EUR 13 billion. It is estimated that around 7 000 grantees will be funded under Horizon 2020. 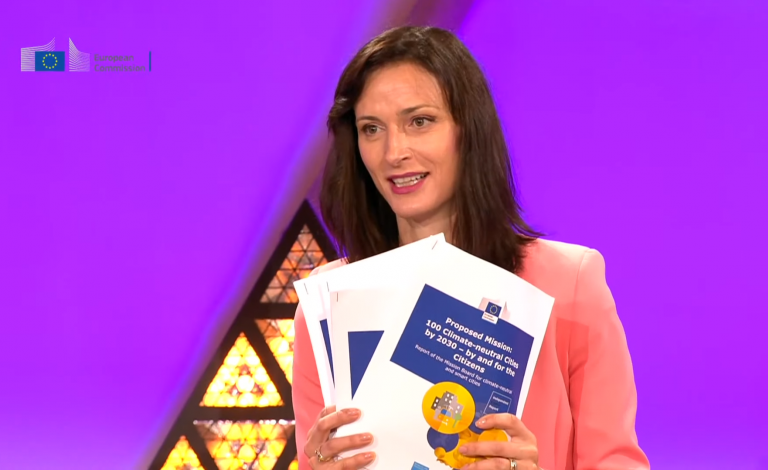