EU needs its own GAFAs - report 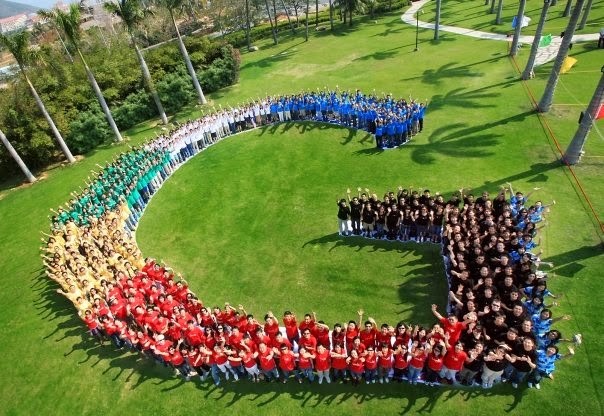 Europe needs a more dynamic economy and fast-growing innovative companies such as Google, Apple, Facebook and Amazon (GAFA) if it is to close the productivity gap with the US, according to a report produced by the European Commission which examines how the EU can improve its innovation performance.

In terms of the share of such knowledge-intensive activities, the EU economy trails the US and South Korea, the report, called Science Research and Innovation performance of the EU, said.

It underlines the urgency of the EU’s policy of open science, open innovation and open to the world championed by Carlos Moedas, European Commissioner for Research, Science and Innovation.

'We have a journey to do here in terms of multi-factor productivity.'

‘That's really the major point of this report ... that we have a journey to do here in terms of multi-factor productivity,’ Commissioner Moedas said presenting the report at The 2016 Innovation Summit on 10 March, organised by the Lisbon Council think tank in Brussels, Belgium.

'You can have really more productivity, but if you don't have the right type of productivity ... you're not improving the lives of your citizens.'

The report was compiled by policy analysts and economists at the European Commission's Directorate-General for Research and Innovation, who brought together data from sources such as the EU's in-house research service, the Joint Research Centre, the EU's Eurostat data service, the European Venture Capital Association, and the Organisation for Economic Co-operation and Development (OECD), to build a picture of Europe's research and innovation performance and its strengths and weaknesses.

The crucial finding was that the EU remains locked into medium-high-tech sectors such as automobiles, with the share of high-tech manufacturing such as pharmaceuticals, ICT and biotech, being lower than in the US and much lower than in South Korea.

Despite being home to many of the world’s top universities, Europe has fewer fast-growing innovative private companies with a global reach than the US or China. Such companies are crucial in making the EU's economy more high-tech, more knowledge-intensive and more productive.

According to Fortune magazine, the EU has 19 so-called unicorns - private companies worth more than USD 1 billion, compared with China which has 36 and the US which has 101.

To address this, the EU launched a consultation over the shape of a new European Innovation Council in February to explore how so-called disruptive innovation can be better supported.

Part of the problem is that the EU underinvests in the basic drivers of innovation, although it has made progress. Since the financial crisis of 2007 and following years of stagnation, the EU has increased the amount of money it puts into research and development (R&D) to over 2 % of total economic output, but this remains below the target of 3 %.

Yet in countries such as China and South Korea, the growth of R&D investment has been much more dynamic over the past few years, the report said.

While being the largest producer of scientific publications across the world, the EU does not always produce the very best science with the highest potential impact, the report said.

It added that, despite programmes such as the Joint Technology Initiatives, Europe’s intensity of public-private collaboration and knowledge circulation still lags behind that of Japan, South Korea and, in particular, the US.

The business environment in the EU could also be more attractive for innovation. Part of the problem is that not only is there far less venture capital in Europe, but venture capital funds do not have the scale or scope to grow companies from early stage to mid-cap and from mid-cap to global players, the report said.

And in terms of ease of doing business, the report shows that Europe is lagging behind the US and South Korea, something which the EU is trying to answer with its REFIT programme to streamline regulation.

Finally, to access a broader set of knowledge and skills, European companies need to look further afield, and explore collaboration outside the EU, the report said.

It comes as China has increasingly asserted itself in terms of R&D. Since 2000, it has more than quadrupled its share in world R&D expenditure, increasing from below 5 % in 2000 to about 20 % in 2013, fundamentally altering the global landscape.

In terms of the share of patents resulting from international collaborations, between 2000 and 2013 the US overtook the EU, even though both regions have seen an intensification of such agreements within that period.

While China has become a key partner for the EU, the US seems to be taking greater advantage than the EU of the opportunities that come from collaborating with this emerging economy, the report said.

Science, Research and Innovation Performance of the EU