by Ben Deighton and Joanna Roberts 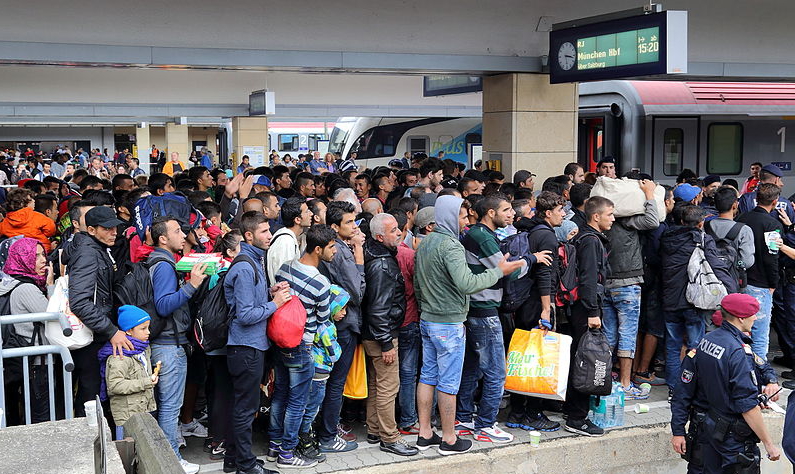 The EU has dedicated more money for migration research in its updated 2016-2017 work programme. Image credit: ‘Wien - Westbahnhof, Migranten am 5 Sep 2015’ by Bwag is licensed under CC BY-SA 4.0

Every two years, the EU announces an extensive list of research challenges it would like scientists to submit proposals to solve, in a document known as the work programme.

However, the EU’s Directorate-General for Research and Innovation announced on 25 July that it had adjusted the EUR 16 billion 2016 and 2017 work programme it announced in October last year to add the new challenges.

These challenges include the worst refugee crisis faced by Europe since the Second World War with over a million people travelling to Europe by sea in 2015 and almost a quarter of a million so far in 2016, according to data from the United Nations’ refugee agency UNHCR.

‘With the package of migration actions we demonstrate again that Horizon 2020 can adapt quickly to new and emerging challenges,’ said Carlos Moedas, European Commissioner for Research, Science and Innovation.

This includes a EUR 2 million call to set up a platform where researchers can share their ideas with regional authorities and other stakeholders, and EUR 2.5 million to look at the impact of cultural values on the way countries talk about migration.

‘The Commission has identified the right issue which is the lack of a policy, research dialogue,’ said Thomas Huddleston, programme director for migration and integration at Migration Policy Group, a Brussels-based think tank. ‘I see that at least two of the main priorities are looking at bringing researchers and research into the public debate.’

He added that one very relevant call was one looking at the challenges faced by migrants who have arrived since 2014.

The EU has also taken the opportunity in the new work programme to embed the principle of open science into the research it funds, by stipulating that digital research data created through its funding should be open access by default.

‘With the package of migration actions we demonstrate again that Horizon 2020 can adapt quickly to new and emerging challenges.’

It already said at the start of Horizon 2020, its current seven-year research funding programme, that if any research it supports results in a published paper, this paper should be available on an open-access basis. However, the new rule takes open access to the next level by making the research data behind the paper freely available too, building on a previous pilot programme.

‘For all the projects funded under these (new work programme) calls, we will expect the data generated to be open access,’ said Commissioner Moedas. ‘Europe is the first region in the world to make open access the norm.’

The fundamental idea behind the research funding is to use it to make Europe more competitive, thereby creating jobs and economic growth.

The new work programme also sets aside EUR 20 million to invest in developing a new generation of fuel cells for uses like electric cars in order to help Europe overtake rivals in this growing field of technology.

In May, the EU also launched an initiative called the Digital Single Market which aims to help Europe benefit as much as possible from digital technologies.

As part of this, the new work programme also includes EUR 11 million for innovation in digital technologies through four new Horizon Prizes, which are technology inducement prizes where the funding is given to the researchers with the best solution to a pre-defined problem.