Eight creepy crawly facts that will really bug you 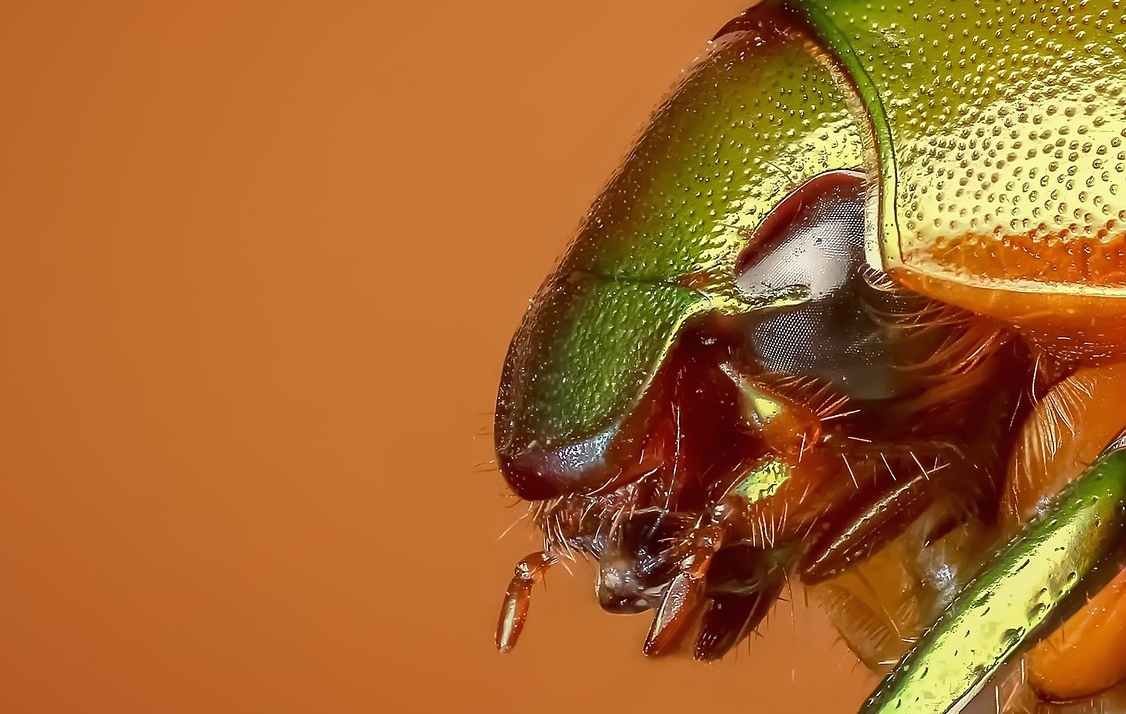 Research into insects ranges from protecting bee populations to how beetles are able to cultivate their favourite fungus. Image credit: pixabay/ROverhate

Horizon pulls out its magnifying glass and takes a look at the bizarre world of insects.

1. A cockroach-inspired robot is being developed for use in disaster zones.

A cockroach can fit through spaces just a quarter of its height and move 20 times its length per second. The equivalent for a person would be someone running at 113 kilometres per hour. Inspired by the cockroaches’ flexible exoskeleton and speed, researchers have made a search-and-rescue robot that can recoil its legs and compress its body to get through rubble and quickly find survivors after natural disasters or bombings.

2. Bed-bug-resistant textiles are under development by researchers.

Don’t let the bed bugs bite – with a new textile that some researchers are making, this might become even easier. Although bed bugs were mostly eradicated from our homes in the 1950s, they made a resurgence in recent decades due to factors such as mutations that make them resistant to insecticides, increased human migration and climate change. Researchers hope that a new bed-bug-repellent textile will help keep us safe from these unwanted roommates.

3. Bed bugs can spend over a year in a hibernation-like torpor.

If insecticide-resistant bed bugs weren’t bad enough, they also have a way to stay alive if temperatures fall below -10 degrees Celsius: they go into a hibernation-like state called a torpor which can last for up to 450 days. Some mammals also go into this state, which is why NASA is funding a study into this that could be used for Mars-bound astronauts.

4. Some beetles grow their own food.

Some bugs go out looking for food. Others make their own, such as Ambrosia beetles. They dig caverns in old tree trunks and incubate their favourite meal: fungus. When scientists tried to create this same fungus in a lab, they had a problem with an invasive mould, which is both present in wood and in the lab. They found that the Ambrosia beetles fend off mould, keeping the fungus intact. Researchers are trying to understand the chemistry behind the beetles' mould prevetion-technique to see if there's potential for a new kind of pesticide.

Dragonflies from millions of years ago sound almost as mystical as their supernatural namesake, with wingspans that stretched out almost 60 centimetres. Some scientists believe that this could be due to high oxygen levels during the Paleozoic era, the time period between 542 and 251 million years ago when dragonflies evolved. Earth’s atmosphere then had about 50 % more oxygen than today, so to test the theory, Professor John VandenBrooks from Arizona State University raised a few types of insects in the late Paleozoic’s 31 % oxygen level, at today’s 21 % level, and at the lowest oxygen level since life, 12 %. He found that dragonflies and beetles grew faster and bigger in high oxygen compared to the ones in earth’s current atmosphere.

The average worker bee can pollinate up to 5 000 flowers in one day, yet only produces 1/12 of a teaspoon of honey in its entire life. Honey production and pollination may be at risk as the bee population in parts of Europe continues to dwindle due a decline in habitable space, pesticides, and the deadly varroa mite, which has been the main reason for the majority of colony losses over the last 50 years. Some researchers, backed by EU funding, are looking into ways to measure bees’ resistance against the mite to teach beekeepers how to breed stronger populations.

Other scientists are taking a different approach to saving the bee population: they are figuring out ways to freeze bee sperm so that it can be used to inseminate a queen at a later date. These scientists are collecting samples from bees around the world and storing them in liquid nitrogen. To do this, the researchers at a US Department of Agriculture lab in Fargo, North Dakota, remove water from the embryo so that it doesn’t turn into ice, which can puncture other organelles in the cell. They do this by removing the protective shell with bleach and replacing the water in the embryo with a chemical so that it can be frozen to approximately -157 degrees Celsius.

8. House flies are being readied for use as animal feed.

Insects could help us save valuable farmland which is now being used to grow crops for animal feed thanks to researchers on the EU-funded PROteINSECT project, who are trying to find a way to feed pigs and chicken with fly larvae. At the moment, feeding insect protein to animals raised for human consumption is prohibited under EU law, but this research project is providing data for policymakers on how this may be done safely.