'Planet of insects' must be protected – Prof. Alexey Solodovnikov 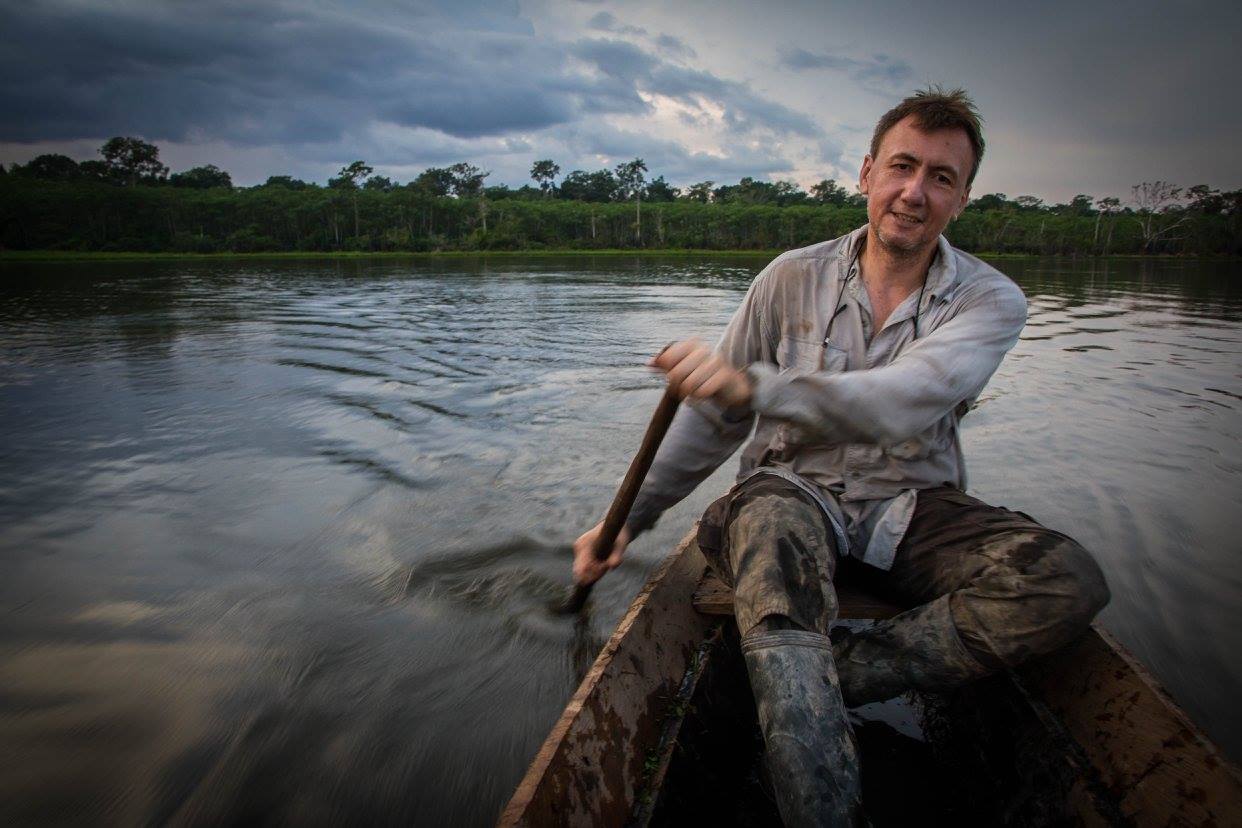 To many people, they are merely creepy-crawlies to be swatted away or avoided, but the planet we live on is dominated and run by insects, argues Professor Alexey Solodovnikov, curator of the beetle collection at the Natural History Museum of Denmark. He believes more must be done to understand and protect this hugely diverse group of animals.

As coordinator of the EU-funded BIG4 project, how do you believe the study of bugs can benefit society?

‘Although many people don’t appreciate it, this planet is not a planet of people, nor is it a planet of other vertebrate animals. It is a planet of insects.

‘In the environments where we live, insects are very important — they consume plants, prey on other animals, and decompose debris, carcases and dung. Insects are also important for pollination, agriculture and medicine. Modern society would not be able to function without consulting existing knowledge about insects and building upon it.

‘The most obvious example is the medical entomology — there are many insects that transmit lethal diseases. I recently returned from Amazonia, where there is malaria, but it is no longer an overwhelming threat in many other parts of the world because there was proper control against particular species of mosquitoes.

‘The type of beetles I study, Rove beetles, are the largest family of insects and they contain an interesting group, the Paederus Rove beetle, which produces a defence chemical that was observed to have anti-cancer qualities. Nobody has yet explored the biodiversity and systematics of the Paederus Rove beetles and the properties of the chemical it produces, called paederin. But who knows? Maybe the cure for cancer is there.’

What’s meant by mega-diversity and why is it important?

‘There are many groups of organisms represented on earth with many species, but some of them have the numbers of species and diversity of their biological traits many orders of magnitude higher than in others. These groups are called mega-diverse.

‘The mega-diverse groups of organisms are those that happen to be at the peak of their evolution and diversification now. These groups are the most influential and occupy more ecological niches than groups that are represented by a few species. They usually occur in big numbers of individuals as well and are very abundant in their habitats.’

How does the biodiversity of insects impact ecosystems?

‘Insects occupy such a significant portion of earth’s ecosystems that if we were to remove all insect species from this planet, it would not be an exaggeration to say that all ecosystems will collapse. Planetary landscapes today are dominated by flowering plants, and insects are the most important pollinating power for these plants. Removing these pollinators would make plant life as we know it impossible.

‘Another striking and easy to visualise example would be about insects that decompose organic matter. When Europeans came to Australia, they brought their cattle. The native Australian mammals are very different from those of the Northern hemisphere, so the Australian dung beetles could not decompose the dung from European cows. Australia had big problems because of this — the quality of their soil became lower and swarms of nuisance flies developed in accumulating dung piles. This ecological problem was solved by importing certain dung beetle species from Africa or Europe to control the dung of the European cows.’

'People don’t care too much about insect extinctions because they wrongly see insects as an unpleasant threat.'

How can we protect insect biodiversity?

‘The only way to protect insect biodiversity is to protect their habitats. Insects are habitat-specific and their populations consist of millions of individuals. There’s no way to protect single insect species by banning their collection and destroying their habitat at the same time. When it is also impossible to leave the habitats completely intact, the clever way to protect them is to alter the environment in a way that would still preserve its major qualities. For example, if we build roads across some woods, we must ensure there are woody corridors that connect the disrupted habitats.

‘We are losing a lot of insect species from this planet already with the deforestation of biodiversity hotspots. There are many insect species that disappear from our planet before even being discovered by science. At most, some are already collected and preserved in our museum collections, so they will be discovered later by entomologists, at least to record these extinctions. Unfortunately many examples of extinct insect species will never be known.

‘This is a sad reality because as humans we pay more attention to animals that are more like us, or cute pets like kittens and dogs. Because of such bias, extinct vertebrate species get much more attention. Also, unusual looking and big monsters like dinosaurs catch people's excitement. At the same time, people don’t care too much about insect extinctions because they wrongly see insects as an unpleasant threat. By setting aside all of the ecological importance of insects, humans tend to forget that our forests, meadows and gardens will simply lose their appeal without a beetle buzzing by or a butterfly landing on a flower.’

What were the aims of the BIG4 project and have you seen any interesting results so far?

‘First and foremost we need to know insects much better than we do now. We need to know the identity of thousands of species, know where they occur in nature. We need to investigate where they are positioned on the phylogenetic tree of life, because if we know that, we can predict the properties of many species by knowing about their sister groups, and so on.

‘BIG4 aims to enhance the fundamental phylogenetic and systematic knowledge about insect diversity, particularly in these four mega-diverse groups: Coleoptera (beetles), Hymenoptera (bees, ants and wasps), Diptera (flies and mosquitoes), and Lepidoptera (moths and butterflies). We also aim to enhance methods how we get and disseminate such knowledge.

‘The best way to do it is through interdisciplinary means, to bring new technology and new minds in the game. For example, one of my students is looking at a group of Rove beetles that dominate leaf litter in southern temperate areas of the entire world.

‘Nobody ever before had a clue how to group this diversity even into genera. He got the first robust phylogeny that will guide us how to meaningfully organise this incredible diversity into a classification. His results also give us new insights into old problems of southern biogeography, so we can be more informed about what happened millions of years ago in terms of big geological and natural evolution. These are the questions bothering science since Darwin, and we are still looking for many answers.’

How do you hope your research will be used in the future to protect the insect populations?

‘We are doing basic research, but we cannot have an efficient and consistent conservation effort without consulting the results of basic research. We can harvest the data and come up with conservation strategies. So we are contributing to the potential conservation of insects indirectly.

‘I would be glad to see more initiatives like this project, geared toward expanding our knowledge of insects.’