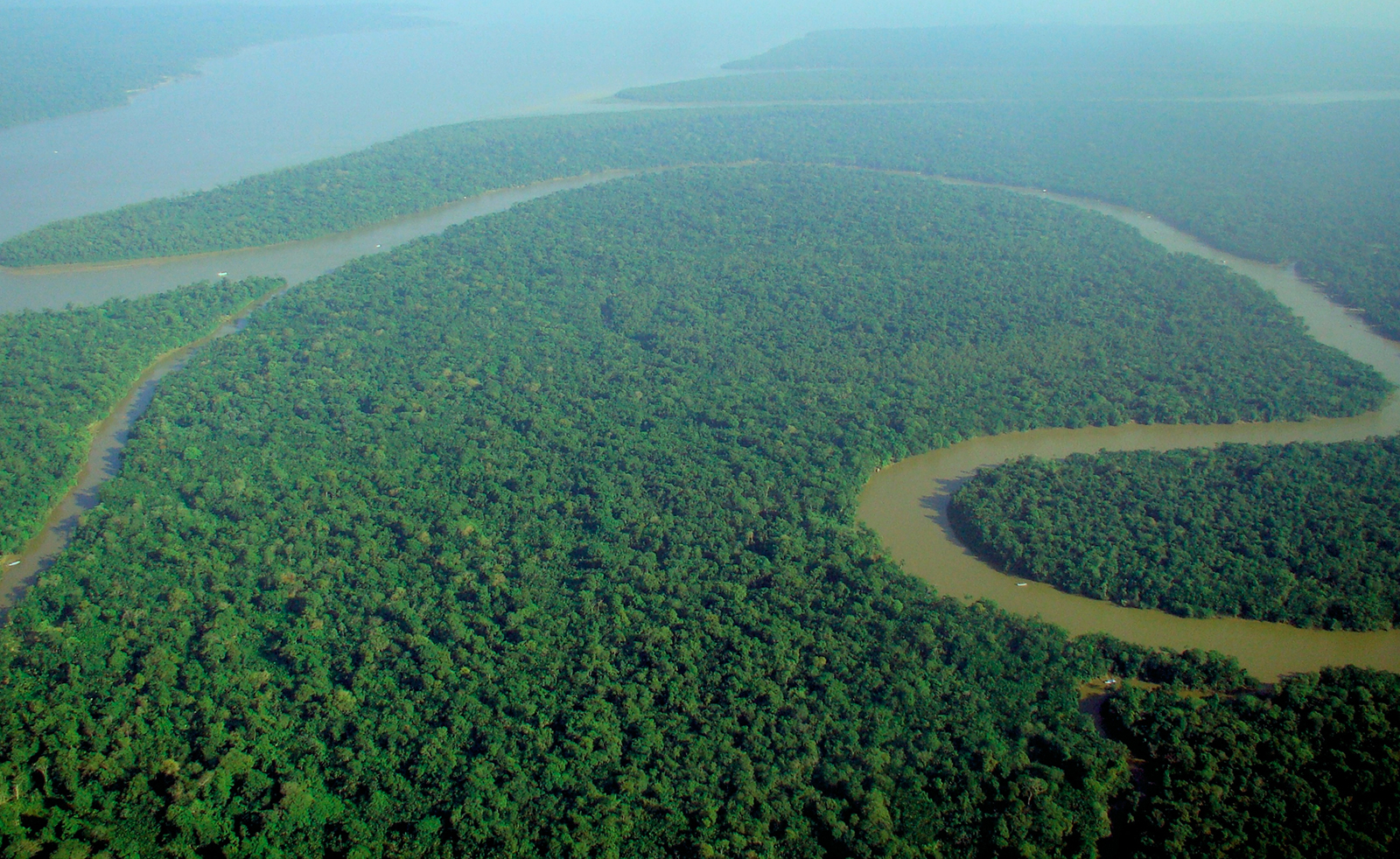 Every year 7 million hectares of forest are cut down, chipping away at the 485 gigatonnes of carbon dioxide (CO2) stored in trees around the world, but low-cost drones and new satellite imaging could soon protect these carbon stocks and help developing countries get paid for protecting their trees.

International financial institutions, such as the World Bank and the European Investment Bank, provide developing countries with economic support to keep forests’ carbon stocks intact through the UN REDD+ programme.

The more carbon a developing country can show it keeps in its forests, the more money the government could get, which would give them a greater incentive to protect these lands. But, according to Silva, these countries often lack the tools to determine the exact amount of carbon stored in their forests and that means they could be missing out on funding.

‘If you have a 10% error in your carbon stock (estimation), that can have a financial value,’ he said, adding that it also takes governments a lot of time and energy to collect the relevant data about their forests.

To address these challenges, a project called COREGAL developed automated low-cost drones that map biomass. They put a special sensor on drones that fly over forests and analyse Global Positioning System (GPS) and Galileo satellite signals as they bounce back through a tree canopy, which then reveals the biomass density of an area and, in turn, the carbon stocks.

'If people causing deforestation know that there are (drone) flight campaigns or people going to the field to monitor forests it can demotivate them.'

‘The more leaves you have, the more power (from GPS and Galileo) is lost,’ said Silva who coordinated the project. This means when the drone picks up weaker satellite navigation readings there is more biomass below.

‘If you combine this data with satellite data we get a more accurate map of biomass than either would (alone),’ he added.

The project trialled their drone prototype in Portugal, with Brazil in mind as the target end user as it is on the frontline of global deforestation. According to Brazilian government data, an area about five times to size of London was destroyed between August 2017 and July this year.

COREGAL’s drones could end up enabling countries such as Brazil to access more from climate funds, in turn creating a stronger incentive for governments to protect their forests. Silva also believes the drones could act as a deterrent against illegal logging.

‘If people causing deforestation know that there are (drone) flight campaigns or people going to the field to monitor forests it can demotivate them,’ he said. ‘It is like a sentinel system.’

In the meantime, governments in other developing countries still need the tools to help them fight deforestation. According to Dr Thomas Häusler, a forest and climate expert at GAF, a German earth observation company, the many drivers of deforestation make it very difficult to sustainably manage forests.

‘(Deforestation) differs between regions and even in regions you have different drivers,’ said Dr Häusler. ‘In some countries they (governments) give concessions for timber logging and companies are (then) going to huge (untouched forest) areas to selectively log the highest value trees.’

Logging like this is occurring in Brazil, central Africa and Southeast Asia. When it happens, Dr Häusler says this can cause huge collateral damage because loggers leave behind roads that local populations use to access previously untouched forests which they further convert for agriculture or harvest wood for energy.

Demand for timber and agricultural produce from developed countries can also drive deforestation in developing countries because their governments see the forest as a source of economic development and then allow expansion.

With such social, political and economic dependency, it can be difficult, and expensive, for governments to implement preventative measures. According to Dr Häusler, to protect untouched forests these governments should be compensated for fighting deforestation.

‘To be compensated you need strong (forest) management and observation (tools),’ said Dr Häusler, who is also the coordinator of EOMonDis, a project developing an Earth-observation-based forest monitoring system that aims to support governments.

They combine high-resolution data from the European Sentinel satellites, available every five days through Copernicus, the EU’s Earth observation system, along with data from the North American Landsat-8 satellite.

Automated processing using special algorithms generates detailed maps on the current and past land use and forest situation to identify the carbon-rich forest areas. The project also has access to satellite data going as far back as the 1970s which can be used to determine how much area has been affected by deforestation.

Like COREGAL, using these maps, and the information they contain, a value is put on the most carbon-rich forest areas, meaning countries can access more money from international financial institutions. The project is almost finished and they soon hope to have a commercially viable system for use.

‘The main focus is the climate change reporting process for countries who want compensation in fighting climate change,’ said Dr Häusler. ‘We can support this process by showing the current land-use situation and show the low and high carbon stocks.’

Another potential user of this system is the international food industry that sells products containing commodities linked to deforestation such as palm oil, cocoa, meat and dairy. In response to their contribution, and social pressure, some of these big companies have committed to zero-deforestation in their supply chain.

Dr Häusler says the system will help civil society and NGOs who want to make sure industry or governments are behaving themselves as well as allow the different groups to make environmentally sound decisions when choosing land for different purposes.

‘We can show everybody – the government, NGO stakeholders, but also the industry – how to better select the areas they want to use.’