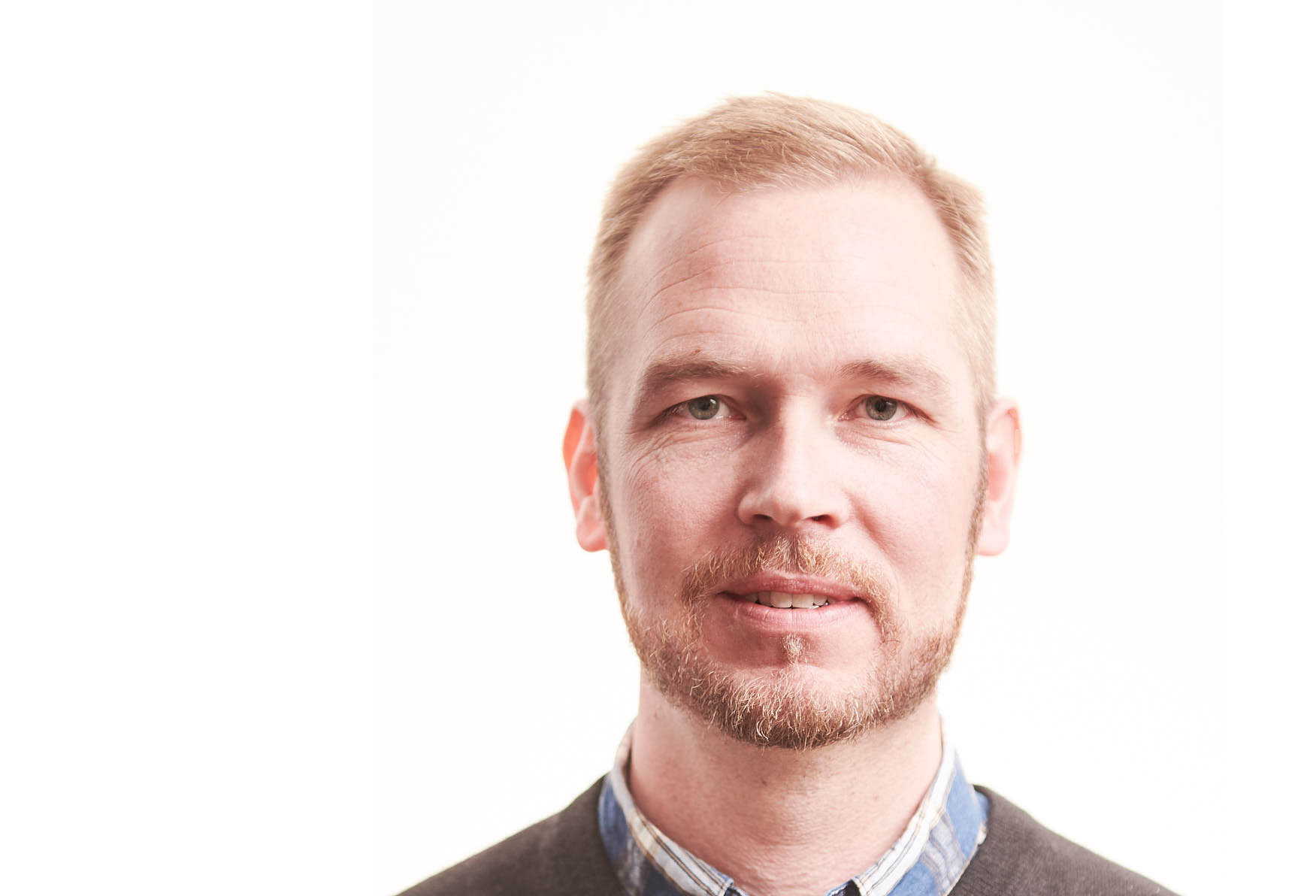 A lot of people are unaware that drones need to stay at least 1km away from an airport, says Dan Hermansen. Image credit - MyDefense

Airports could be equipped with technology capable of detecting and bringing down drones that stray into their air space, according to Dan Hermansen, chief technology officer of Danish anti-drone firm MyDefence.

The company has developed a drone alarm and protection system that is being installed at a number of prominent sites around Europe, including an airport. It has the potential to prevent the kind of costly disruption that hit London’s Gatwick and Heathrow airports recently.

Why are drones posing a growing problem in our skies?

‘If you go back maybe five years, that is when the first incidents started to appear. At the time, there wasn’t really anybody taking care of the airspace below normal flying level. So, if you were flying below 200 or 300 metres, no one really cared as no other aircraft were at that level unless you were close to an airport.

‘Over the last five years we have seen regulations come into force in different countries to make sure that drones are not flying close to areas like airports, prisons, military facilities or other critical infrastructure. But more and more people are using the technology. They are given drones as toys for Christmas, so naturally they will go out and fly them.’

Is it deliberate or because people don’t know any better?

‘In some cases, it is just ignorance. People who are not aware of the rules and regulations. I think if you look at some of the recent cases at Gatwick and Heathrow (airports), this could be what has happened there. (People) want to go out and try their new toy and don’t realise they need to be at least one kilometre from an airport. Then someone reports a drone flying close to the airfield and it causes the kind of shutdowns we have seen recently.

‘But then there are also those people who don’t care about the regulations. This is a more worrying issue from our perspective.’ 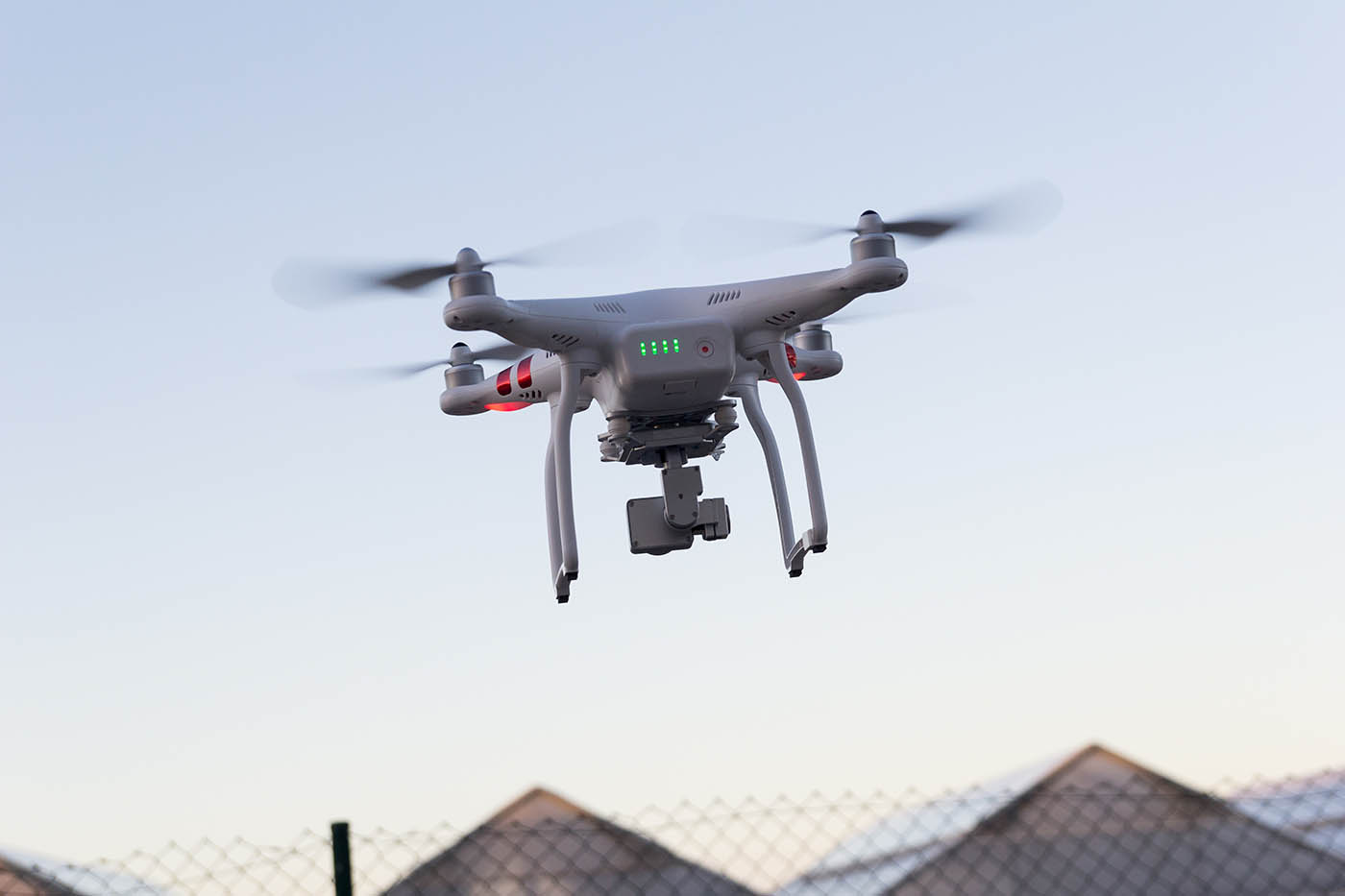 How are drones being used in these cases?

‘There are some who are using them for criminal acts. For example, drones are being used to smuggle drugs, telephones or other stuff into prisons. That is a very specific use case where the pilot is deliberately breaking the rules.

‘There is another category where we categorise it as terrorism or harassment, which is what we have been looking at over the past few years. The military, for example, is concerned about direct attacks. There are soldiers who are being attacked by commercial drones that have been retrofitted with grenades or other explosives.

‘At the height of the conflicts in Iraq and Afghanistan, there were a lot of roadside bombs that used improvised explosive devices or IED. Now that IED is actually flying. It’s not dug into the dirt at the side of the road but is strapped onto a simple drone and flown into a vehicle or crowd of people.

‘With an airport, however, you don’t even need to strap a bomb onto the drone. You just need to fly it into the area. The pilot can be hidden away inside a tall building so no-one can see them.’

What can the impact be on airports?

‘There have been multiple airports now that have been closed down due to drone sightings. There were reports in Dubai, Copenhagen and Heathrow in London in the past. On these occasions the airports were closed for half an hour to an hour to ensure the drone had gone, but during the recent incident at Gatwick, it was more than a day where no planes could take off. There were around 900 flights cancelled and 120,000 passengers affected. Imagine how costly that is.’

Why are airports not better protected?

‘Very few airports have any countermeasures or even processes in place to detect and defeat drones. They have been left miserably behind as the technology has enabled people to get hold of these things.’

Do there need to be more regulations?

‘I’m not sure it will really help to regulate any more. Most countries now have regulations in place and to fly a drone in an urban area, for example, you need a licence. The problem is that there are people who do not adhere to the regulations.’

'Very few airports have any countermeasures ... in place to detect and defeat drones.'

Is this where anti-drone technology can help?

‘Yes. We have been developing a drone alarm and protection system called KNOX. It uses radio frequency sensors to monitor the wireless spectrum looking for the control signals or video transmissions used by drones. (Algorithms) can give an indication of what direction the signal is coming from and how strong it is, giving an indication about how far away it is. We also get information about what type of signal it is, so we know what sort of threat we might be facing – how big the drone is and what sort of payload it can carry.

‘What’s smart about the radio frequency sensors is that they don’t have to be in line of sight of the drone. As soon as the drone controller is turned on, the sensors will pick it up. So, we can get a pre-warning about a drone before it is even airborne.’

What sort of range does it work over?

‘It has a range of a few kilometres, so it is only picking up things in the immediate vicinity, which is what you want if you are trying to protect a building or a facility. We also use a scanning radar that is specifically tuned to look for drones. It can see anything that is the right size and moves like a drone in its line of sight. We have developed a tracking algorithm that can distinguish drones from other similar sized things like a bird. It looks for unique features of a drone, like propellers.’

Once you identify a drone, what then happens?

‘We localise the radio frequency signals to and from the drone in time and direction, and produce a jamming signal. This is noise that causes the drone to lose connection with the pilot. When this happens, most commercial drones will fly back to the pilot’s location automatically.

‘We can also jam the drone’s positioning system (GPS) and when this happens the drone will perform a controlled landing using its on board sensors and gyros. Some of the cheaper drones might not have these, in which case they will crash land.’

Can you also catch the pilot?

‘If you have multiple sensors placed some distance apart you can triangulate where the signal is coming from and locate the pilot, which is something the authorities might want to do.’

Is your system already being used?

‘We are working on trials at five different locations around Europe and in Israel. Getting the permission to test the jamming part of the technology in Europe has been difficult but we have a police force that is trialling our system at their headquarters now. We are also testing it at two prisons, one sports stadium and an airport in Denmark. We are hoping to finalise all the demonstrations and testing in the next six months.’

How do you see anti-drone technology being used in the future?

‘I think it’s inevitable that drones will become part of our daily lives and will be used a lot more. There are companies looking to use them for deliveries or other commercial activities. Anti-drone technologies will make (this transition) safer.

‘We are working on other projects with partners in the US to online traffic management system for drones. It is really paving the way for what many see as the second wave of drone technology that will carry people in autonomous flying taxis.’

Drone regulation in the EU

In 2016, the European Commission proposed the establishment of an automated traffic management system for drones operating at low-level, referred to as “U-space”.

Up until 2018, EU Member States were solely responsible for smaller drones (weighing less than 150 kilograms). However, legislation was adopted on 26 June 2018 to introduce EU-wide regulations for drones.

The European Aviation Safety Authority has proposed a number of EU-wide rules for the use of civil drones, such as keeping your drone in sight at all times, not flying more than 150 metres from the ground and keeping away from airports and helipads.

The European Commission has committed EUR €44 million to integrate drones safely into the airspace and to the SESAR R&D programme under its U-space initiative.