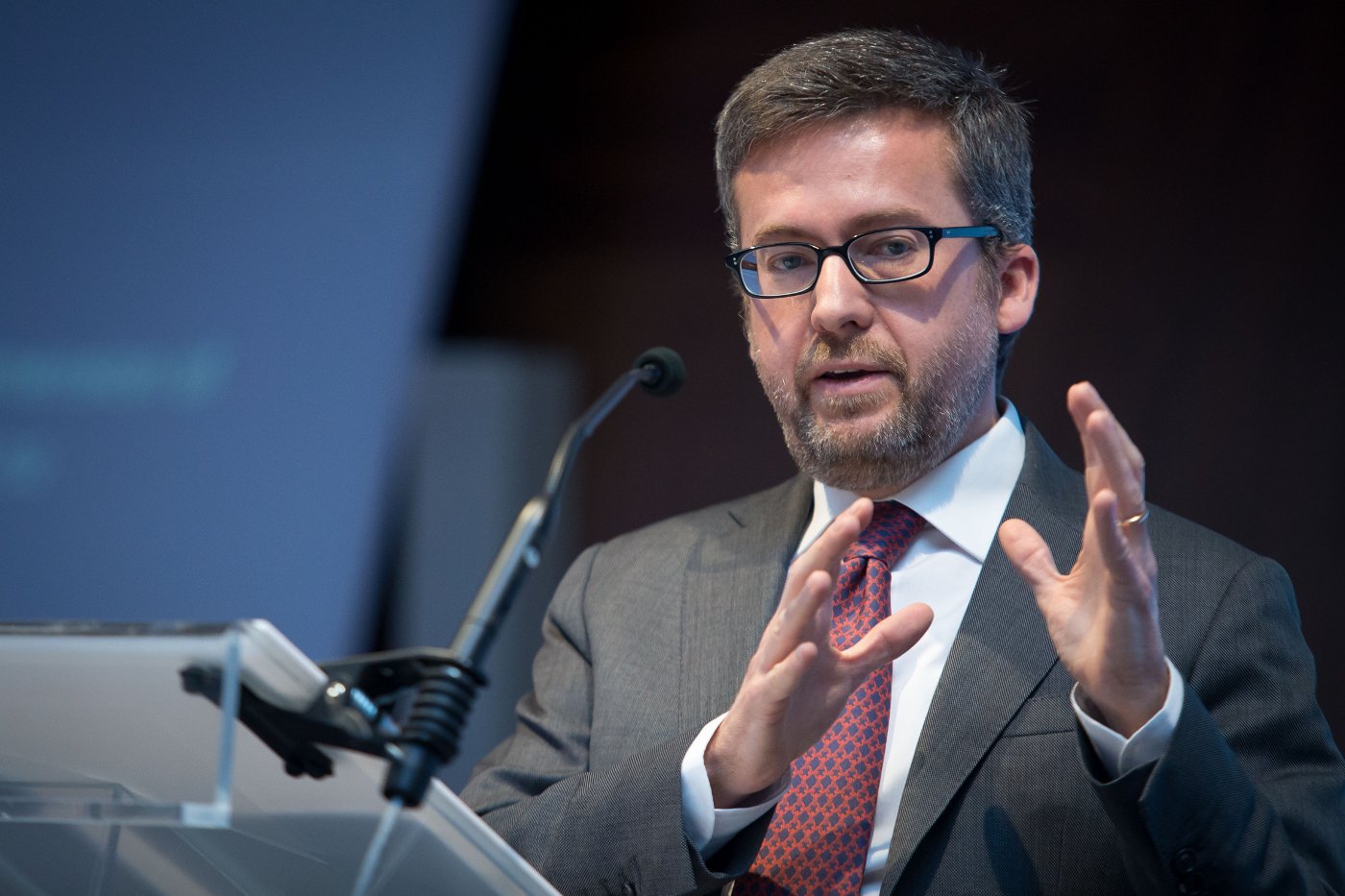 Commissioner Moedas set out four priority areas where research and innovation can contribute to shaking up the EU’s energy market. Image courtesy of the European Union

The European Union has launched new plans to revolutionise how it trades and supplies energy, but to ensure its success EU funds need to support the frontiers of science and knowledge, according to Carlos Moedas, EU Commissioner for Research, Science and Innovation.

He was speaking about the research and innovation part of the Clean Energy for All Europeans package, which was launched on 30 November with the aim of reforming Europe's energy system in order to obtain secure, affordable and sustainable energy across Member States. A strategy to accelerate clean energy innovation is also part of the package.

According to Commissioner Moedas, the transformation of Europe’s energy market will support developing technology in key areas and address current market failures.

Emissions from fossil fuels are causing global temperatures to rise. As a result, the world is facing an increased rate of extreme weather events as well as rising sea levels.

A transition to a low-carbon economy can help offset the impacts of climate change, but this will require developing a new energy infrastructure.

The European Union has set a series of targets over the next century to transform how we generate and use energy.

‘For this change to happen we need a new era of disruptive innovation,’ said the Commissioner, who was speaking at the Strategic Energy Technology Plan (SET-Plan) conference hosted by the Slovak Presidency in Bratislava, Slovakia, on 1 December.

‘Today you have more than EUR 100 billion of subsidies for fossil fuels and when you compare that to the money you put into research, it’s a small fraction of that.

‘We need concerted action both in Europe and globally, across a broad range of sectors, to mobilise public and private investment in breakthrough technologies for our common good. And now we have a bold strategy to achieve these goals.’

The strategy identifies priority research and innovation actions in four areas, selected for their potential to fast-track the development and market-introduction of breakthrough technologies.

‘This is about funding curiosity-driven research, mission-oriented research and demonstration projects in order to encourage and accelerate the transition from the lab to successful goods and services,’ said Commissioner Moedas.

Over EUR 2 billion will be earmarked in support of these priorities during the last three years of the EU's current funding programme, Horizon 2020.

The Commissioner also announced that the EU will at least double the budget of the InnovFin Energy Demonstration Projects scheme, which provides loans or guarantees for commercial-scale demo projects in the fields of renewable energy and hydrogen and fuel cells.

The long-awaited Clean Energy for All Europeans package outlines the European Commission’s plan to cut CO2 emissions by at least 40 % by 2030.

Maroš Šefčovič, Vice-President of the European Commission, in charge of the Energy Union, said: ‘This will bring a fundamental change, moving us away from centralised fossil-fuel-based systems, some of which were built some 100 years ago.’

Part of the new package is a proposal is to implement a binding target for Member States’ to increase their energy efficiency by 30 % compared to 1990 levels. The previous target was 27 %.

Major new buildings will also be required to have an electric car charging station, in an effort to boost electric vehicles and take a step towards cutting fossil fuels out of road transport.

‘Electric cars will not only be consumers of energy, but will also be very formidable storage facilities,’ said Vice-President Šefčovič.

‘(Batteries) are one of the challenges, one of the hurdles we need to overcome if we want to use more renewables.’

Under current EU targets, Member States should aim to have at least 27 % of their energy coming from renewable sources by 2030.

‘This is about funding curiosity-driven research, mission-oriented research and demonstration projects.’

‘We have elements in the impact assessment that can convince Member States to raise the level of ambition from 27 %.’

An important aspect of the new package are the common rules about so-called capacity remuneration mechanisms, which are payments given to fossil fuel power plants to maintain a certain level of energy generation. These typically aim to to ensure security of supply during high demand, particularly in a system with an increasing share of variable energy sources, such as wind and solar power.

‘Capacity mechanisms will not be used as a backdoor subsidy of high-polluting fossil fuels; that would go against our climate objectives,’ said Commissioner Cañete.

In the case of countries that are more reliant on coal or natural gas, Commissioner Cañete has made clear that the new rules will lead to a better interconnectivity of the energy market across the EU, which will allow these countries to reduce their reliance on fossil fuels.

In addition, the EU will continue to support innovation to help offset emissions in these regions, such as carbon capture and storage, where CO2 is captured before it reaches the atmosphere and typically buried underground.

‘In Horizon 2020, in the SET-Plan and all our financing tools, we will dedicate lots of resources to deliver on carbon capture (and) storage use,’ said Commissioner Cañete.

‘This can be a breakthrough for the future that makes ambitious climate targets compatible with the use of coal.’

The next step will be for the strategy to be approved by the European Parliament and Member States.

Clean Energy for All Europeans