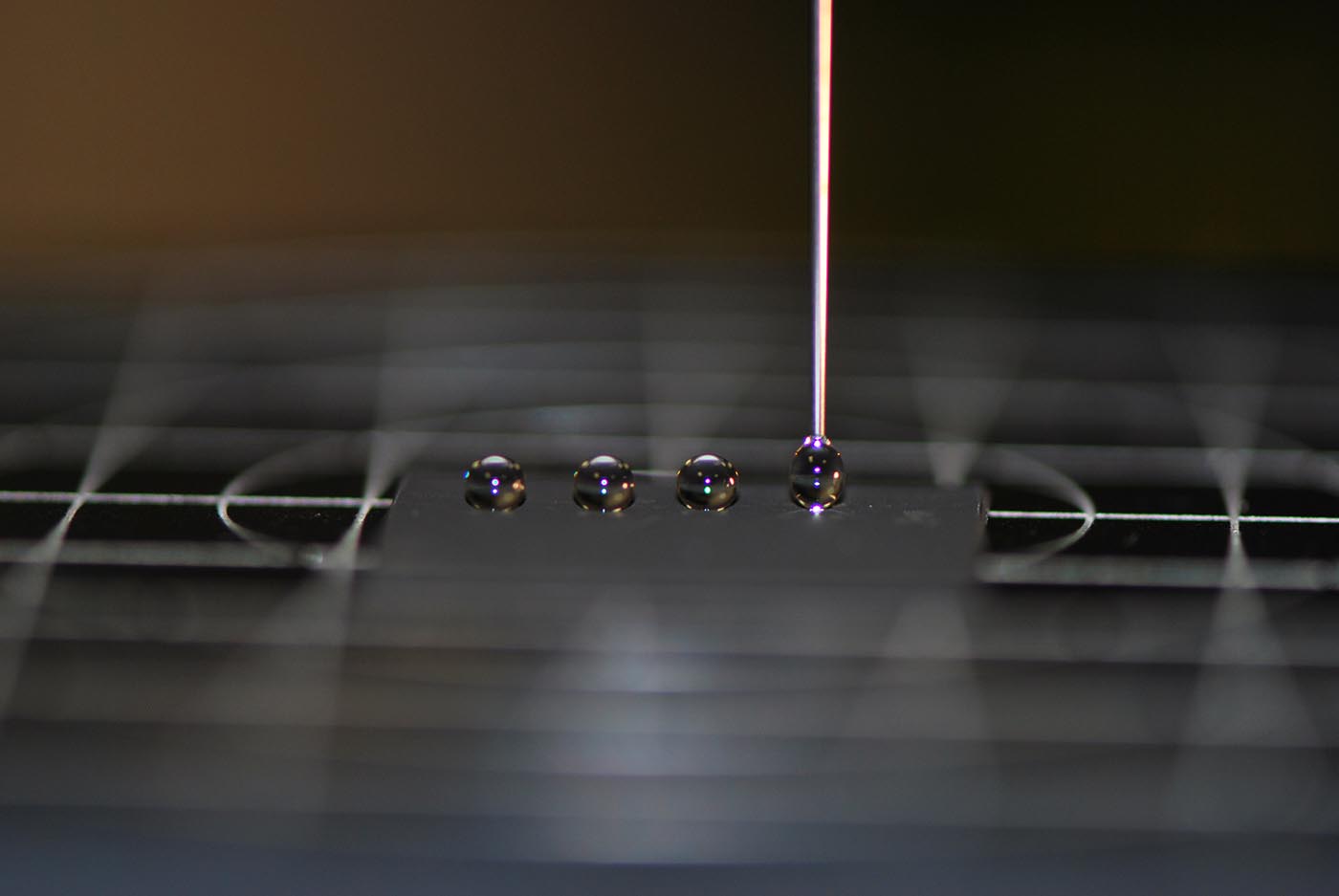 This is the cornerstone of new research looking into the hidden world of surfaces, with the potential to improve our everyday lives by making dishwashers that clean themselves or longer-lasting batteries.

A key breakthrough that has enabled this to be possible is the ultrashort pulse laser. Until 10 years ago this technology had been too expensive and unable to produce high enough power to cause any interesting effects that could be applied on an industrial scale. But it has now been developed to a point where researchers can use it to change the structure of everyday items.

An ultrashort pulse laser is a laser that fires regular beams lasting less than 10 picoseconds – or 10 trillionths of a second. This tiny pulse duration is short enough that it can excite electrons on the surface of a metal and modify its properties before the energy is converted to heat as the electrons ‘relax’, or return to a stable state, between each pulse.

‘So what happens is you have a lot of very excited electrons that travel around the place, and then they all relax, and that’s converted to heat in one hit,’ said Dr Adrian Lutey, a mechanical engineer and research fellow at the University of Parma in Italy who works on a project called TresClean. ‘And you can provoke some very interesting modifications in this way.’

TresClean is looking at ways that ultrashort pulse lasers might improve a number of industries, particularly the food industry and white goods – such as dishwashers and washing machines – and investigating the limits of what might be possible.

The team is exploring how metal surfaces could be made resistant to water using lasers, including one of the world’s most powerful ultrashort pulse lasers at the University of Stuttgart in Germany, with an average power of one kilowatt. The lasers create tiny nanogrooves on the surface of the metal, and by trapping air bubbles, this stops water adhering to the surface. This rough surface has a similar effect to a lotus leaf, which has a surface chemistry that prevents water from sticking.

Using this technique, it’s possible to create liquid-repellent anti-bacterial surfaces. Bacteria thrive in water, so pipes and other equipment must be cleaned regularly to prevent any sort of build-up – a process that takes both considerable time and money. But if the surface never grew bacteria in the first place, this issue could be eradicated.

‘An analog is a bed of nails, the bacterial cells don’t haven’t anywhere they can attach to,’ said Dr Lutey. ‘Using laser texturing to produce an anti-bacterial response is cutting-edge.’

So far the results have been promising, with the team publishing a number of research papers on how effective the technique can be. They hope this could have a number of applications, for example in the food packaging industry, where milk and other liquid foods are transported by machinery. This must be cleaned every few hours using strong cleaning products.

Similarly in dishwashers and washing machines, this can prevent a biofilm – a group of bacteria – forming inside the machine, which can cause a dishwasher tank to smell as bacteria float around. With laser-treated surfaces, these products could use less water and also get less dirty.

Laser techniques could be applied elsewhere. For example, boats have a common problem dealing with a biofilm ‘slime’ on their hulls where bacteria have grown. But if the hull of the boat could be made resistant to water, then the bacteria wouldn’t have anywhere to grab hold.

People who have implants or drive electric cars could also benefit from these techniques. A project called Laser4Surf is using ultrashort laser pulses in a number of fields from battery production to medicine.

‘The idea behind this project is to develop prototypes that can get different properties in metallic surfaces,’ said project coordinator Dr Ainara Rodriguez from the Ceit-IK4 research centre in Spain.

She and a team of researchers are developing prototypes that use more than 800,000 laser pulses to heat material up to 6,000°C, which is hotter than the surface of the Sun. This sublimates the material, changing it from a solid into a gas, and allows its properties to be altered.

‘What we do is irradiate (heat up) the structure of the material with ultrafast laser pulses, which can increase the adhesion of the material, its hydrophobicity (the ability to repel water), or the colour of the metal itself,’ said Dr Rodriguez.

By using lasers to increase the surface area of batteries and prevent overheating, the team hopes to increase their life cycles by 30%, and their capacity by up to 60%. This raises possibilities in the future for creating batteries for electric cars that charge faster and last longer. In medicine, laser texturisation should make the bond between human bone and implant 80% stronger.

Crucial to the progress of this research will be proving that this technology can be advanced from the laboratory environment to industry. By July this year, the team hopes to have developed different prototypes that can test some of their ideas, before then looking at how this might be scaled up for more widespread use. 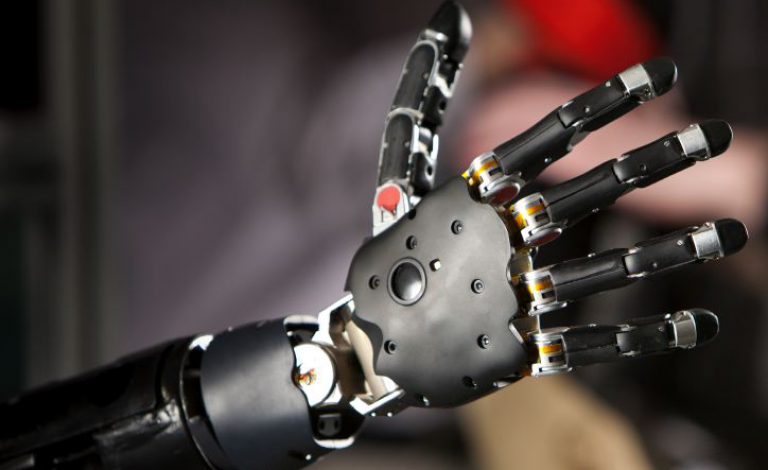