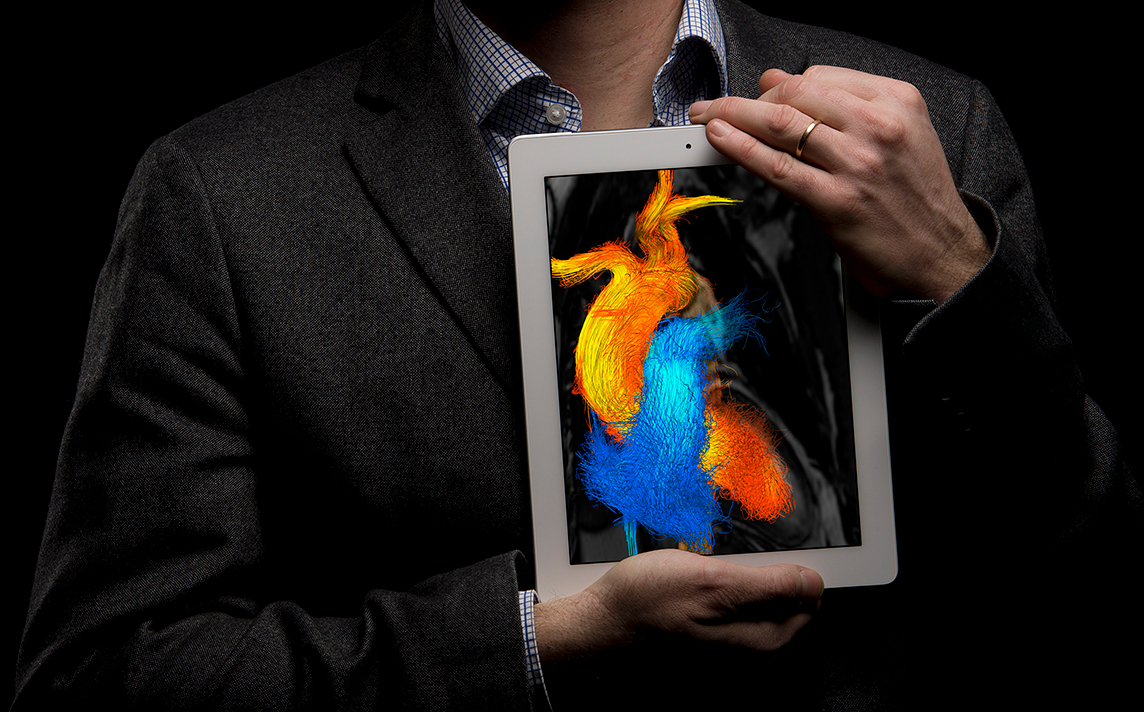 New ways to diagnose cancer are set to dramatically boost survival rates. ‘4D’ video imaging of the heart and electronic pills could do the same for heart disease and bowel problems.

New medicines, vaccines and devices have the potential to save and improve lives. However, there is a lower profile – but radical – medical revolution underway in the field of diagnostics.

Instead of using a camera at the end of a tube to diagnose bowel disease, patients of the future may swallow smart pills that tell doctors all they need to know; and rather than using an MRI scanner to take a snapshot of the heart, specialists will monitor the dynamics of blood flow in real time.

Perhaps the most dramatic change is not how a diagnosis is made but when. Using stethoscopes and X-rays to find evidence of ill-health can be very useful, but for some diseases earlier intervention is essential.

Take pancreatic cancer, for example. By the time symptoms can be detected, the odds of survival are already long.

‘The problem is that pancreatic cancer develops over a long period of time without any clear symptoms,’ explained Mats Grahn, chief executive of Swedish cancer testing specialist Immunovia. ‘In these early stages the cancer is much more responsive to treatment. But by the time most patients are diagnosed, they are already in stage three or stage four.’

At that advanced stage, the typical survival time is between three and seven months. ‘For 80 % of pancreatic cancer patients, doctors break the bad news and then begin to look at palliative care,’ he said.

However, a new diagnostic test that could be available from 2017 promises to improve survival rates by a factor of 10. ‘Only 4 % to 5 % of patients diagnosed with stage four pancreatic cancer survive more than five years, but if they are diagnosed in stage one, survival rates go up to around 50 %,’ Grahn said.

So how can pancreatic cancer be diagnosed when there are no symptoms? The answer lies in a technology that detects changes in the immune system that occur in the earliest stages of cancer.

‘Early diagnosis of pancreatic cancers can increase survival rates by a factor of 10.’

‘We can measure patterns of proteins in the blood by putting a drop of blood on a slide that contains around 30 antibodies, each of which binds to a specific protein,’ explained Grahn. ‘Using information about the proteins circulating in the blood, along with some advanced bioinformatics, we can determine whether the patient’s immune system is in the early stages of responding to pancreatic cancer.’

Seven clinical studies of the technology show an accuracy rate of around 96 % in picking up stage one and stage two cancers. Those trials were conducted by looking back at blood samples from patients who died of pancreatic cancer.

The technology, which could be applied to other cancers if a different set of antibodies were used, was first developed at Lund University, also in Sweden, in 2000. Immunovia has received EU funding for innovative small- and medium-sized enterprises (SMEs) as well as private investment to turn their scientific know-how into a life-saving product.

The company was listed on the European Nasdaq First North stock exchange in December 2015 and hopes its pancreatic cancer test will be available in late 2017. It is in the process of having its lab accredited to produce the test which could be used to screen high-risk healthy people.

However, a population-wide screening programme – of the kind some countries run to check for breast, cervical or colorectal cancer – is unlikely in the short term.

‘People with a family history of pancreatic cancer are at a much higher risk of developing the diseases,’ said Grahn. ‘They could be checked regularly with a test like this.’

In addition, people aged over 50 years who have had a recent diabetes diagnosis are also at risk of pancreatic cancer in the three months after their diabetes is detected. ‘Around 70 % of people diagnosed with pancreatic cancer have diabetes so there is a very strong connection between the two. They could also benefit from this pancreatic cancer test.’

Go with the flow

Like cancer and diabetes, heart health is a major concern in Europe, particularly as the population ages. One common way for doctors to diagnose heart problems is to take a scan of the organ to see if any valves or chambers have changed size or shape.

However, Professor Tino Ebbers of Linköping University in Sweden wants to add new dimensions to these scans. Adding the fourth dimension – time – offers much more detail about the health of the heart, just as a video tells you more than a still photograph. ‘But the real magic happens when three directions of the velocity vector are added; this allows doctors to study how blood flows through the heart,’ said Prof. Ebbers.

‘It is so important to be able to assess blood flow dynamics,’ he explained. ‘There are limitations to looking only at the structure of the heart because the heart adapts to compensate for problems like faulty valves. If you can study how the blood flows during a heartbeat you get a fuller picture.’

Prof. Ebbers leads the HEART4FLOW project which is funded by the EU’s European Research Council and is exploring how best to capitalise on 4D flow imaging technologies. His team is working on ways to measure changes in pressure at a heart valve that could be an early warning sign for serious heart problems.

‘It’s not about whether an opening in the heart is small or large – it’s the pressure that matters,’ he said. ‘We are studying turbulence – when everything is shaking rapidly – because this can damage the walls of the heart and the vessels, as well as the blood constituents. It is also the main cause of pressure loss over a constriction.’

4D flow imaging could reduce the need for invasive tests used to diagnose faulty heart valves and help surgeons to decide when to operate on patients. ‘Timing operations can be important,’ he said. ‘If you operate too early it can make the patient worse which is also a waste of resources.’

This kind of technology is likely to become a diagnostic tool in clinics around Europe, according to Prof. Ebbers. ‘Congenital heart disease patients will probably be first to benefit because it’s such a complex and difficult condition,’ he said. ‘There are now commercial products in this area and some software packages to help analyse the results. Our work is helping to realise the full potential of the technology.’

The size of a pill

While 4D MRI scanning involves using large scanners to look inside the body, other diagnosis researchers are shrinking diagnostic devices to the size of a pill. The EU-funded SMART PILL project has designed, created and tested a tiny system which contains four microlenses but is only 12 millimetres long.

The goal was to develop a way to diagnose bowel diseases without requiring patients to undergo regular endoscopy exams – an often uncomfortable procedure involving the insertion into the digestive tract of a small camera and light at the end of a flexible tube.

The researchers behind the SMART PILL project say they have been working to improve state-of-the-art electronic pills which show doctors images from inside the body.  This smart pill has the potential to provide essential information on blood vessels – or cancerous tumours – in the digestive tract.

The team has also made progress in using light emitted by the smart pill to destroy tumour cells that have been previously sensitised with a drug.

‘The SMART PILL project enabled us to make progress on some of the optical parts and the investigation of the feasibility of using red light for photodynamic therapy,’ said Professor Reinoud Wolffenbuttel of Delft University of Technology, in the Netherlands.

While the prototypes developed by Prof. Wolffenbuttel and colleagues will require additional research and development before becoming widely used, it is another example of how innovation is changing diagnostics.