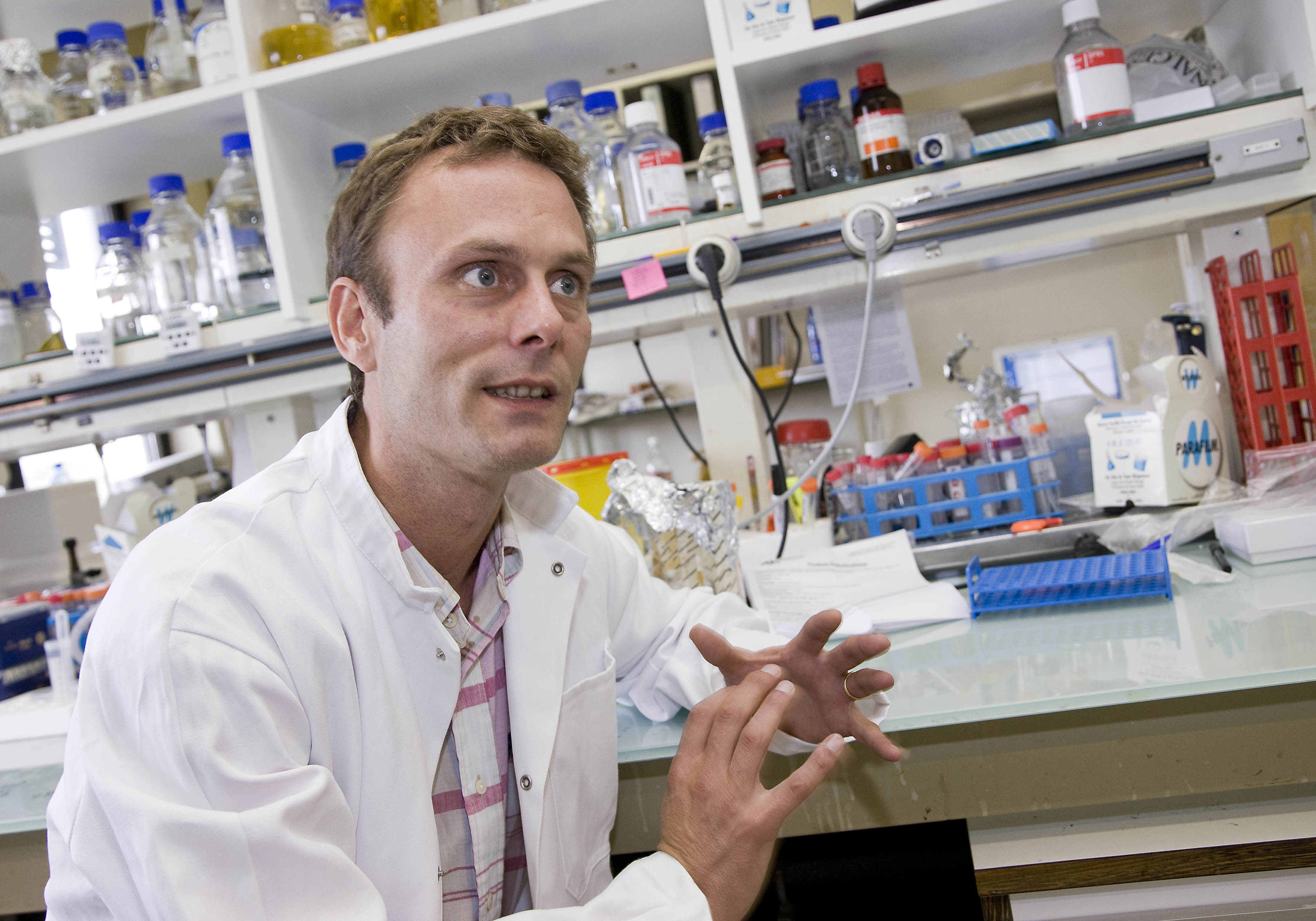 Scientists studying skin and breast cancer in genetically modified mice have spotted hybrid cancer cells that combine the properties of different cell types, a discovery that could help understand how cancer spreads in the body and provide a new target for treatment.

It is the latest insight in a fast-moving research area that is revealing tumours to be diverse and versatile, and suggests that cancer cells change their form in order to acquire the optimum invasive characteristics needed to spread.

‘Not all tumour cells are alike,’ said Professor Cédric Blanpain, a stem cell and developmental biologist at the Université Libre de Bruxelles in Belgium. ‘Some cells proliferate, other cells have different shapes, some die, some invade the tissue, and so it’s important to understand what creates this heterogeneity, what are the functions of the different tumour states.’

Most solid tumours are epithelial tumours – they grow from the lining of different structures in the body. They stick to each other and cannot migrate. But, as we know, cancers can spread. One way for this to happen is for epithelial cells to transform into another type of cell known as a mesenchymal cell, which is long and thin and can move around. When doctors identify these mesenchymal cells in a patient it means the cancer may be spreading, which means a poorer prognosis.

Prof. Blanpain’s team, led by Dr Ievgenia Pastushenko, examined this transformation in detail and found that rather than switching from epithelial to mesenchymal all at once, the cells go through a series of hybrid states, including two hybrids that turn out to be particularly well-equipped for metastasis, or spreading.

‘We thought it would be a binary process in which either you are epithelial or you are mesenchymal,’ said Prof. Blanpain. ‘But it’s much more than that.’

The team also unpicked the local conditions that cause these changes to happen, such as the microenvironment surrounding each cell and the genes involved in regulating what’s happening.

Professor Matthew Smalley, director of the European Cancer Stem Cell Research Institute at Cardiff University, UK, who was not involved in the research, says the discovery of the super-invasive hybrid cells demonstrates just how plastic some cancer cells can be.

‘It suggests to me that they are poised to exploit the biology of either of those two states depending on the environment in which they are more likely to end up,’ he said.

‘They’ve got that inherent ability in them that enables them to cope with all sorts of pressures.’

He cautioned that the epithelial-to-mesenchymal transition (EMT) often cannot be detected in human cancers. But this might be because so few cells undergo it, or because it occurs only as a tumour progresses – or perhaps because we cannot yet easily recognise the hybrid states.

'My real hope is that we’ll start to be able to identify cancer stem cells in patients being treated and be able to test our therapies.'

What weapons could clinicians deploy against such a subtle foe? Prof. Blanpain’s team has shown that at each stage of the transition, the hybrid cells display different combinations of receptors on their surfaces.

Eventually, it might be possible to use a drug that is specifically programmed to target the most dangerous hybrid cells.

‘We are trying to recycle existing drugs to block the metastatic process,’ said Prof. Blanpain.

More immediately, clinicians could obtain information about the presence of different hybrid cells in a particular patient. Then, clinicians would at least know how likely the cancer was to metastasise, and alter treatment accordingly.

Unfortunately, cells that undergo EMT are extremely resistant to chemo and radiotherapy, according to Prof. Blanpain.

However, he thinks it might be possible to nudge the hybrid and mesenchymal cells backwards towards their more epithelial state, which would render them more responsive to therapy.

Cancer stem cells may explain the mystery of why some cancers can return after seemingly having been extinguished by chemotherapy or other treatments. They may remain dormant when the rest of the tumour is under attack, emerging later to return to their work.

Suggestions of their existence first came in studies of blood cancer in the late 1990s which found that only a small subgroup of cancer cells could propagate the tumour in mice.

‘My real hope is that we’ll start to be able to identify cancer stem cells in patients being treated and be able to test our therapies and reduce the burden of metastases,’ he said.

One possibility might be to harness the body’s own immune system, which is so adept at seeking out and destroying small numbers of rogue elements in the body. Cancer immunotherapy is already a developed discipline and could be combined with cancer stem cell research, he suggests.