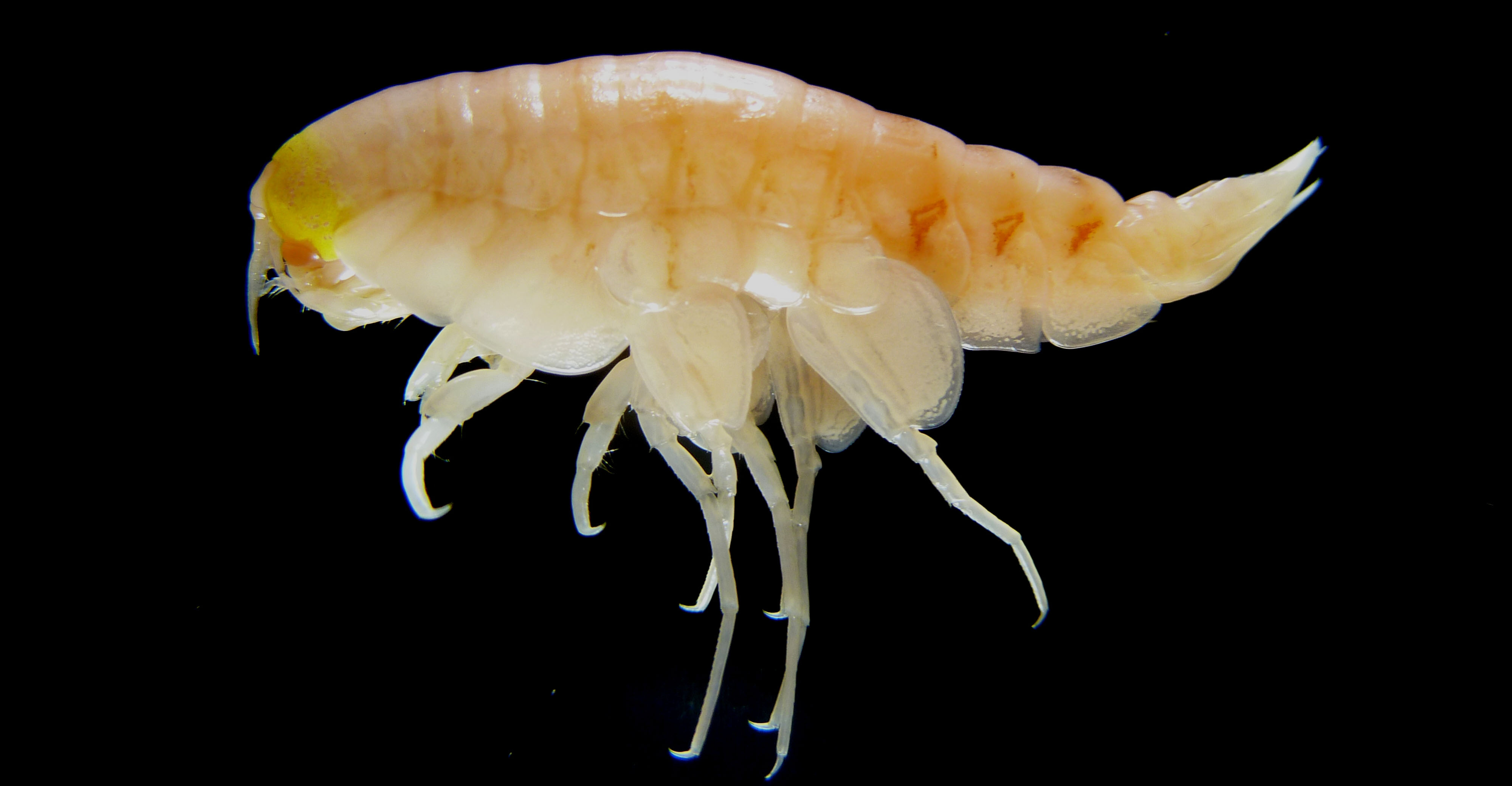 The deepest parts of the ocean were once assumed to be pristine, but recent discoveries of chemicals and radioactive products at the bottom of underwater trenches has shown that humanity’s footprint extends to the furthest reaches of the earth – and it could affect the balance of oxygen in the oceans and carbon dioxide in the atmosphere.

The evidence lies in tiny small shrimp-like scavengers capable of eating three times their own body weight. Known as amphipods, the millimetre-sized crustaceans live in the deepest areas of the ocean known as the hadal zone, more than 6 000 metres below the ocean surface.

‘They hoover up everything from the seafloor, and then they become themselves very high value food for other animals,’ explained Dr Alan Jamieson from Newcastle University, UK.

A marine ecologist, he examined thousands of amphipod specimens to look for contaminants. What he found alarmed him – elevated levels of toxic chemicals banned decades ago.

‘The values were very very high, extraordinarily high actually,’ Dr Jamieson said. ‘There is some data from crabs that live in paddy fields in China and from the Liaohe river. The ones in the bottom of the Mariana (Trench – the deepest part of the world’s oceans) were higher than that by orders of magnitude.’

He looked for two specific chemicals, polychlorinated biphenyls (PCBs) and polybrominated diphenyl ether (PBDEs). Both chemicals were used in the 1950s and 60s as things like plasticisers and flame retardants, before being outlawed for damaging animal reproductive systems.

‘These things are invented, it is not something you can find in nature, so if these (creatures) have (chemicals) in them, they definitely came from us,’ Dr Jamieson said.

His findings, published in February, came as a shock, since scientists had long assumed that such remote depths would be pristine and devoid of pollutants from humanity. They could also pose a special danger as they are not easily dispersed.

‘These places aren’t just looking after themselves, they are actually vulnerable to this stuff,’ Dr Jamieson said. ‘Once a pollutant goes down the bottom of the Mariana Trench, it can’t come back up, it’s not like if it goes down a river, the river will eventually flush it out.’

Dr Jamieson said the fact that such persistent organic pollutants bind to particles and remain at the base of the ocean ecosystem makes plastic pollution in the oceans even more alarming.

Until recently, plastic microbeads (tiny polyethylene pellets) could be used as a component of rinse-off cosmetic products. Such beads are likely to find their way to deep-sea trenches in the future as well.

‘There is still a kind of disconnect where people think that when something washes down the plughole of the shower that it will magically disappear. It doesn’t. These plastic beads are not going to dissolve and disappear into a magic dimension, they’re going to end up in the sea,’ he said.

‘Plastic beads are not going to dissolve and disappear into a magic dimension, they’re going to end up in the sea.’

Dr Jamieson plans to look next for the presence of such microbeads in amphipods. He will also look for heavy metals, which could flush into the sea from the mining industry over decades.

Such ongoing pollution is especially important since amphipods form the base of the ocean decomposition cycle that breaks down matter from the surface. That in turn can affect the balance of oxygen in the ocean as well as carbon dioxide in the atmosphere.

Professor Ronnie Glud is a researcher at the Biological Institute of the University of Southern Denmark. In separate research, he is examining what roles deep-sea trenches play in regulating the chemistry of the oceans as part of a project called HADES, funded by the EU's European Research Council.

‘We are trying to put it into a biogeochemical context, so we are trying to understand which microbial and which chemical processes are going on in these deep trenches, and how important they are for the function of the overall ocean,’ explained Prof. Glud.

His team is trying to understand what happens to all the organic material in the ocean that ultimately ends up in the seabed, and to what extent material is either accumulated as sediment or digested and processed – known as being turned over – by microbes.

‘That fraction is what determines the ocean chemistry. For instance, it is that process which regulates the oxygen concentration of the oceans and of the planet over time,’ Prof. Glud said.

Scientists don’t precisely understand what is going on deep in the trenches, but his team has proven that bacteria on the sea floor, which are really well adapted to operate under extreme pressure, play a big role in efficiently digesting the materials that end up on the seabed.

To get a better understanding, he now plans to explore trenches off the coast of Japan, Chile, and New Zealand. There, the team uses ships to deploy newly developed instrument probes engineered in Denmark to withstand the extreme pressures of the sea floor, over one thousand times that of the atmosphere at sea level. They are then controllable by acoustic pings from the surface. The elaborately crafted probes are necessary to explore the bacteria in situ.

‘You cannot just take up a sediment sample at 1 atmosphere of pressure as we have at the surface, because everything is changed. The thermodynamics are changed, the microbes will not survive,’ Prof. Glud said.

Understanding the microbial balance is important because they are able to trap carbon from the atmosphere in sediments, and over a geologic timescale that affects the balance of CO2 to oxygen.

‘We eat a leaf, a salad, and the salad was produced by (turning) CO2 into biomass and producing oxygen, and then when we eat that salad, we use that oxygen to burn it off again, and we reemit the CO2, so it’s a closed cycling. But if that salad ends up somewhere it’s never eaten, deep in the seabed for instance, it affects the balance between how much oxygen is available in the ocean and in the atmosphere of the planet,’ said Prof. Glud.

His own findings have also shown that the trenches are not as isolated as once thought.

‘In the Japan Trench in 2011 after the big earthquake… four months after the tsunami disaster, we found radio-nuclear products from the Fukushima nuclear power plant,’ he said.

The HADES team plans to explore its first trench in December, and hopes to have data three months later.