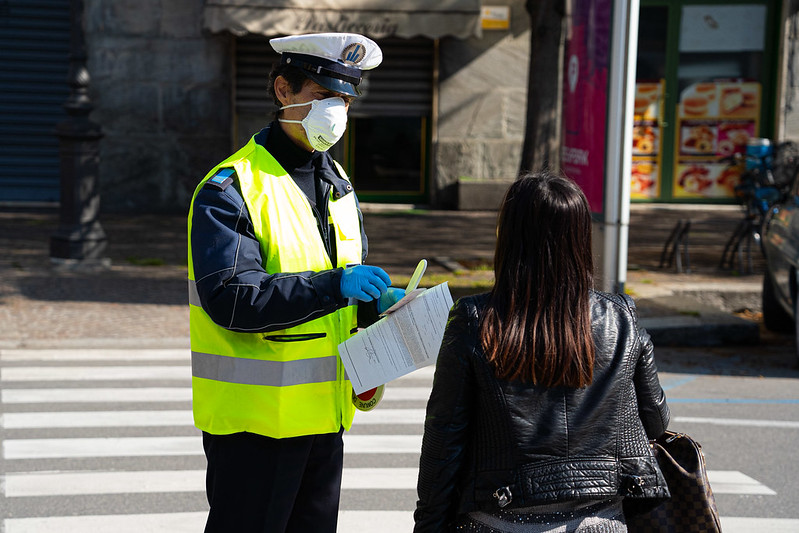 The pandemic has now led to roughly half the world’s population being ordered by their governments to stay at home. Social media use has jumped. Use of Facebook’s messaging service has increased by more than 50% in the hardest hit countries. Daily Twitter use is up 23%.

But all this increased traffic could be harmful. According to a 2018 OECD report, wider internet access has exacerbated misinformation. The report found that misinformation devalues expert information and can have a ‘devastating’ impact on public order as governments struggle to correct rumours.

‘I think one of the problems with social media is that it's completely uncontrolled during such (a) crisis,’ said Professor Harith Alani of the Knowledge Media Institute at the Open University, UK.

The uncertainty surrounding coronavirus means people can fall victim to misinformation online, he says. ‘(Misinformation) tends to be built around these gaps in our knowledge or build on certain emotions and fears,’ he said.

‘(People) start to lower the barrier to what they would normally believe in.’

Some of the bogus coronavirus stories Prof. Alani has found include fresh garlic being a cure, mosquitos transmitting the disease, the virus dying in temperatures above 25 degrees, or it being a man-made bioweapon.

‘Most people don’t understand that viruses evolve all the time and can spread rapidly the way they are, and prefer an easier explanation, such as that it was manmade,’ he said.

He warns that not all false information is easily disproven. ‘The danger is that if people do believe them, then they will probably not take some other precautions that are effective.’

Prof. Alani and his team are collecting false coronavirus stories as part of a €47.5 million emergency call by the European Commission to contain the pandemic. The team works on a project called HERoS, which is looking at how select cities and countries in Asia and Europe are handling the pandemic when it comes to communicating with the public. The project aims to see how their response to and governance of the crisis can be improved.

His team uses automatic algorithms to trawl through coronavirus-related social media content and compare it with trusted, fact-based sources such as the World Health Organization.

The project aims to let policymakers and researchers see faster how misinformation gets shared as the pandemic spreads. It is also looking at how different governments try to tackle coronavirus-related misinformation, such as the UK’s relaunched ‘Don’t Feed the Beast’ campaign and dedicated task force. Dr Alani hopes the project will provide more evidence about such policies’ efficacy in halting misinformation.

The algorithmic tools come from work Prof. Alani is doing as a partner in the Co-Inform project, and were designed to help citizens, journalists and policymakers combat misinformation. The pandemic, he says, shows the need to boost people’s ‘information literacy’.

The project works with fact-checking charities such as the organisation FactCheckNI in Northern Ireland. Co-Inform's algorithm can both spot misinformation online and then quickly explain why the information is misleading or wrong.

The project has already released an early web app called MisinfoMe, which lets people search the misinformation that may be linked to a Twitter account. It is also developing a web-browser plugin that will alert people that a site or link comes from an untrustworthy source.

In a previous project called COMRADES, Prof. Alani’s team also trained algorithms to automatically detect what help people are asking for on social media during crises. A project partner, a team from the University of Sheffield, UK, developed an algorithm to check the veracity of rumours of social media posts during a crisis situation. The algorithms, available on the project website, have attracted requests from multiple aid agencies for customised versions, he says.

Although COMRADES' algorithms are multilingual, such algorithms can be impeded if countries’ official communications neglect residents who speak a non-official language. ‘What you see during crisis is that the content or the messages (are) coming from people in many different languages even within the same country,’ said Prof. Alani.

Sharon O’Brien, a professor of Translation Studies at Dublin City University in Ireland, says that globally, few crisis policies acknowledge that communication needs to be in more than official languages to quickly reach a country’s multicultural, multilingual population.

‘Timely and accurate communication also means in a language that can be understood by minorities within your country,’ she said.

She and the team at a project called INTERACT looked at how countries communicate to vulnerable culturally and linguistically diverse communities during times of crisis. These include migrants, refugees, tourists, sign language communities and people on business trips. Her team was consulted by officials in Wuhan in late January to make sure they were following best practice for foreign nationals in the city.

These practices included recruiting translation students from local universities and liaising with embassies to help with translations. Public information videos were subtitled into multiple languages.

'Timely and accurate communication also means in a language that can be understood by mininorities within your country.'

In her view, European countries did not translate their medical advice for linguistic minorities early enough. ‘We could have already started translating the basic “how to avoid (contracting coronavirus)” type of information, and (in Europe) we weren't doing that.’

The significance of official advice can also get lost if translated literally. ‘With Covid-19 we are starting to hear that “social distancing” is not a concept that translates easily into other cultures,’ she said, explaining that the anglophone term becomes ambiguous among non-English-speaking cultures that regularly socialise collectively.

If people don’t understand the messaging, says Prof. O’Brien, they are more likely to contract the virus and spread it.

Inadequate translation puts many within Europe's multilingual landscape at risk.

In Poland, the government omitted the fact that testing and treatment for coronavirus is also free for foreigners in their translated documents. Doctors in the country are asking the government to publicise this information. A language barrier prevented a Bangladeshi man from receiving help after he called emergency services in Madrid, Spain. He later died at home. In Germany, activists decried the lack of official information in German sign language.

Prof. O’Brien’s project looked at the official emergency response guidelines of Ireland, the UK, the United States, Japan and New Zealand to see what multilingual crisis communication policies served immigrant and refugee communities best. One project aim was to show which policies speed up communication between first responders and those seeking help.

Of the five countries researched, Prof. O’Brien said that the United States has developed the most advanced crisis translation policy. The US Department for Homeland Security, which is responsible for disaster relief efforts, has a list of interpreters that can be called on in an emergency. ‘This was the best practice that we had come across,’ she said.

In contrast, she says unprepared health services in Europe scramble for interpreters during a crisis. A country’s approach depends on how mature their translation lobbies and rules are.

She gives the example of Ireland, whose lack of translation policy has led to hospitals and lawyers turning to family members, even children, to interpret. This happens ad-hoc and not just in times of crisis, she says. ‘The situation has, I imagine, become worse now that the (coronavirus) numbers in hospitals are escalating,’ she said.

Ethical problems also arise when untrained people are asked to interpret. ‘As the person who's been plucked to come in, it puts massive stress on you,’ said Prof. O’Brien. ‘You might see things, hear things that you're not prepared to see and hear.’

Prof O’Brien notes that the deaf communities can be one of the most vulnerable in a crisis, as sign language is often mentioned only in passing in emergency response guidelines. Though she notes the Irish government has a coronavirus interpreting service for deaf people.

Machine translation tools could make a difference, according to Prof. O’Brien, and should be developed for local languages in advance of the next crisis.

The project has recently published its own ‘Translation 101’ video guides developed alongside the New Zealand Red Crossaining for any community volunteers on the basics of translation and interacting with machine translation.

‘These are for organisations who we know are asking people to translate in a crisis, but those people have no training whatsoever,’ said Prof. O’Brien. She hopes that volunteers will subtitle the course content for their own language communities.

‘If we can get to a point where translation is not an afterthought, but is part of the crisis planning and an integrated part of crisis communication policy, I think we'd have made a big step forward.’ 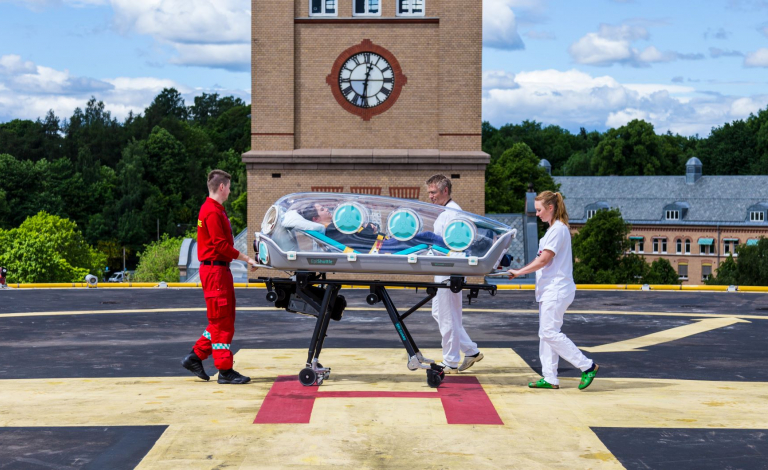 From bioluminescent testing kits to disinfecting robots, Horizon examines six innovations and technologies currently being developed to tackle the coronavirus.