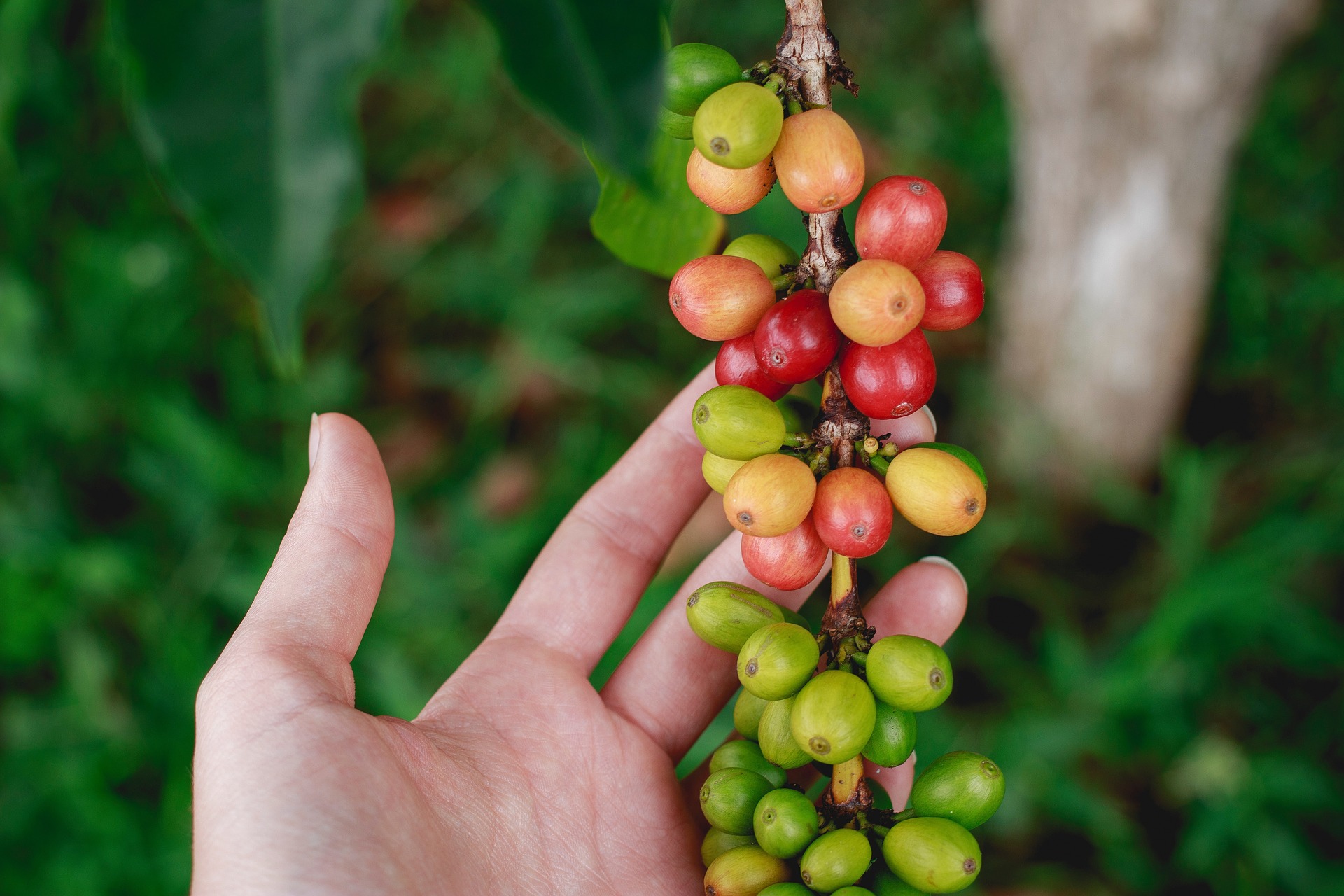 Symbiotic bacteria might have helped coffee plants adapt to climate change in the past. Image credit - Pixabay/StockSnap, licensed under CC0

Studies of the relationships between microbes and the organisms they live on are revealing how plants and animals could adapt to climate change.

With the world facing a global warming somewhere between 1 and 5.5 degrees Celsius, organisms that have evolved to thrive in specific environments need to adapt or they could struggle to survive. Our oceans are one such ecosystem facing such a situation.

‘As atmospheric carbon dioxide concentrations rise, associated ocean warming and ocean acidification are predicted,’ said Dr Oriol Sacristán-Soriano from the Department of Marine Ecology at the Centre for Advanced Studies of Blanes in Spain.

This is because society is currently emitting too much carbon dioxide than can be safely absorbed by the ocean. The consequent disruption to the acidity levels of the water, along with the increase of global ocean temperatures, is now transforming marine ecosystems.

Coral reefs, for example, are struggling with the change of temperature, which is causing mass bleaching where their exoskeletons become brittle. They are not the only organism at risk within this ecological community.

‘(Marine) sponges are shown to be affected by climate change,’ said Dr Sacristán-Soriano. ‘Abnormal elevated seawater temperatures can cause shifts in the sponge microbial community, changes in physiological processes like pumping rates and feeding behaviour, or a decrease in survival rates.’

This microbial community is not just essential for good sponge health, but also general nutrient cycling which helps maintain a balanced environment for other life in the coral reef.

This is particularly important with environmental threats such as bleaching. If the microbial community could acclimate or adapt to environmental changes, such threats might be reduced, and the ecosystem would become more resilient.

‘All sponges have associated microbial organisms living within their tissues such as bacteria, archaea, or fungi,’ said Dr Sacristán-Soriano.

But some sponge microbes are thriving under climate change and could hold secrets to help their hosts - and their marine ecosystem - adapt better. One such microorganism is Symbiodinium which is a type of algae that lives within a group of sponges called boring sponges - named for their trait of digging holes into hard calcium or lime surfaces, such as corals or mollusc shells.

‘This alga appears to enhance eroding (digging) and growth rates of the sponge through their photosynthetic activity,’ said Dr Sacristán-Soriano, who is the principal investigator of the SCOOBA project which is studying the symbiosis between microbes and boring sponges.

He is examining how the changing temperature and acidity levels of the ocean trigger shifts in this symbiotic relationship, which could reveal how microorganisms, and therefore the sponge, are adapting to the altering marine environment.

‘In addition to providing insight into how both bacteria and Symbiodinium partners behave in such stressed conditions, we will contribute to the effect of climate change on sponge bioerosion (how it digs into ocean surfaces) at a genetic level for the first time,’ said Dr Sacristán-Soriano.

This will provide an insight into how some organisms in nature adapt to climate change. The more researchers learn about the winners and losers, the better chance environmental research and policies can be steered in a more resilient direction.

As our planet’s history is filled with climate change events, some researchers are turning to the past to better understand why certain species thrive and others do not.

According to Dr Brecht Verstraete, a biologist at the Natural History Museum of Oslo in Norway, ‘evolution is linked to the environment’ and the symbiotic relationships of bacteria within plants could reveal how some species adapted to climate change.

‘Plants which interact with bacteria evolve faster, which means they have more variability and potential for adaption,’ he said.

Dr Verstraete was the principal researcher of the SYMBIOSIS project which aimed to understand how the relationship between coffee plants and bacteria within its leaves evolved. He examined the DNA of coffee plants and traced the origins of the symbiosis to Africa 11 million years ago when there was a global cooling event. At that time, a rainforest covered almost the entire continent, but as the climate got drier it was slowly replaced by the grassland ecosystems of today.

'Plants which interact with bacteria evolve faster, which means they have more variability and potential for adaption.'

Dr Brecht Verstraete, biologist at the Natural History Museum of Oslo in Norway

‘Organisms living in that circumstance needed to change and adapt to this new situation,’ said Dr Verstraete. ‘The 100 plants of the coffee family (I studied) adapted by starting this symbiosis with bacteria to cope.’

Dr Verstraete says the current hypothesis about why this symbiosis evolved is that the bacteria helped the plants develop chemicals that protected themselves against an increasing number of herbivores which were now thriving in the new African grasslands.

The project also found that each plant had a unique relationship with the bacteria, meaning they needed each other to survive. That would mean if another change in the climate was to occur, both parties would have to adapt together.

According to Dr Verstraete, there is not enough focus on examining how plants interact with other organisms in their ecosystem - research is too concentrated on the impact of climate change on different regions or individual plant improvement. He hopes the results from SYMBIOSIS will help shift the adaptation discussion to a more holistic approach.

‘Plants live in a certain environment with other organisms in a complex ecosystem,’ he said. ‘When you look at mitigating change, you should not only look at the individual plant but include everything around it.’