Closing in on a universal flu vaccine 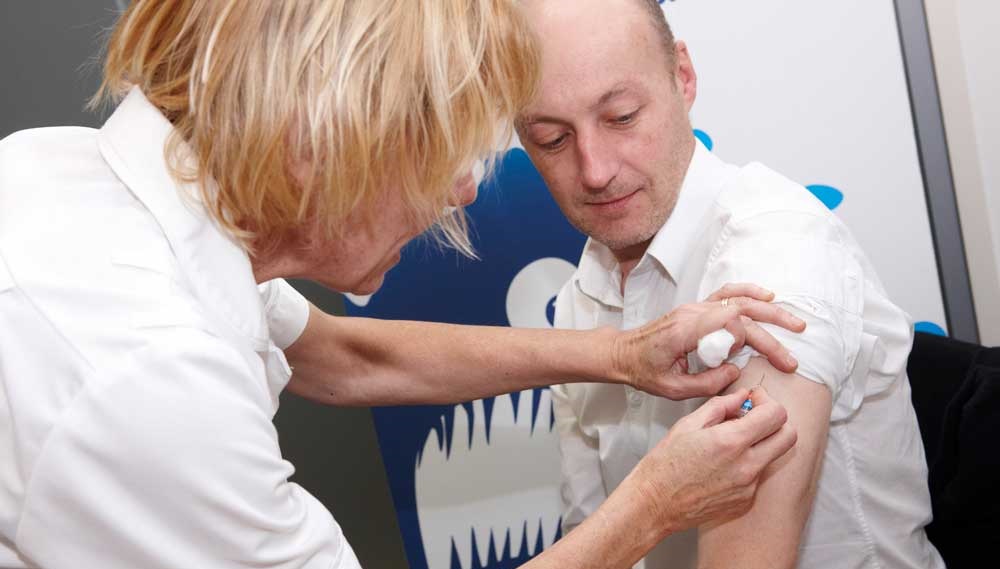 Unreliable yearly flu jabs could be a thing of the past as researchers close in on technology that will take down the deadly virus once and for all.

Every year flu affects 5-15 % of the population in the northern hemisphere, according to the World Health Organization, and kills more people worldwide than Ebola and Zika combined.

Many countries recommend that over-65s and people with certain conditions get inoculated every season against the flu, yet vaccines are not always effective as the virus constantly mutates.

The panacea would be a universal flu jab that can kill any strain of the virus. However, that has proved elusive, until now. At a meeting in Brussels, Belgium, last week, several research teams said they were close to solving the puzzle.

'This EU-funded work has brought the development of universal flu vaccines to a crucial point,' said Line Matthiessen, acting director of health at the EU's Directorate-General for Research and Innovation. 'We are getting closer to our goal, but we must work together internationally to finish the job.'

A number of potential new vaccines offer simultaneous protection against several forms of the flu – including pandemic ones. They have saved the lives of mice, ferrets and pigs exposed to strains as virulent as the Spanish flu pandemic of 1918, and some are now being tested on patients.

‘This year was particularly bad,’ Pasi Penttinen, from the European Centre for Disease Prevention and Control, told the gathering. ‘Initial estimates suggest that a very high number of people have died of the common flu in the EU alone.’

One of the big problems is that the protection offered by seasonal vaccines still hinges largely on blind luck.

‘Flu outbreaks are hard to prevent because the virus keeps evolving,’ said Dr Alex Ramirez at iQur, a biotech start-up based in London, UK. ‘Each year, pharmaceutical companies prepare vaccines by predicting what the predominant virus strain will be in months to come.’

'We are getting closer to our goal, but we must work together internationally to finish the job.'

Line Matthiessen, acting director of health at the EU's Directorate-General for Research and Innovation.

Dr Ramirez said that the consequent time gap between design and delivery was necessary given preparation techniques dating back to the 1950s. Even today, drug companies use millions of chicken eggs to grow the virus that will go into the vaccine, reaping the vaccine no faster than natural processes can produce it.

‘As they can only know for sure if the vaccine is on target once the flu outbreak starts, the prediction is sometimes wrong leading to a mismatch which results in poor efficacy,’ Dr Ramirez said. ‘By the time they find out, it is too late to start over.’

As part of the EU-funded FLUTCORE project, iQur has pioneered a more adaptable production process.

Rather than aim the vaccine at the constantly changing head of a protein in the influenza virus, the company has created a so-called tandem core structure that is nimble enough to strike at its more stable stalk.

‘The tandem core is created by inserting conserved parts of influenza virus into spherical particles,’ said Dr Ramirez. ‘To piece them together, we modify the DNA of living yeast cells so that they synthesise the tandem cores like if they were a natural protein.’

By farming the modified yeast, iQur can bring down the time it takes to produce a flu vaccine from months to weeks.

Dr Ramirez said that that FLUTCORE partners immunised mice with the new vaccine. The test subjects survived infection from a range of viruses, including the pandemic H1N1 strain responsible for the 2009 outbreak of swine flu. iQur is raising funds to soon test this versatility in its first clinical trials.

The three EU-financed projects which presented at the meeting, EDUFLUVAC, FLUNIVAC and UniVax, are exploring other innovative methods to fight new strains of the virus, including training the immune system to spot features that past strains had in common.

The EU-funded UNISEC project has begun testing the effectiveness of two particularly advanced universal flu jabs on patients. They’ve already moved on from small-scale trials and are doing mid-size, or Phase II, trials, as a precursor to large-scale tests. Results are expected this year.

In January, BiondVax, a start-up in Ness Ziona, Israel, published advances made by one of these two vaccines in the scientific journal Vaccine. The company inoculated trial participants in 2011, froze samples of their blood, and exposed them to a new flu strain several years later.

‘Their blood contained more protective antibodies against the new flu strain than those trial participants who received a placebo,’ said BiondVax's Joshua Phillipson. ‘We essentially vaccinated people against a flu strain that did not exist at the time.’

The European Investment Bank announced on 19 June that it would offer a EUR 20 million loan to the company to fund a large-scale trial and establish a manufacturing plant.

BiondVax has now received the cash it needs. However, many of these vaccine developers struggle to find the millions of euros required to pay for big trials.

‘If the EU wants to keep leading the way towards a universal flu vaccine, it needs to align funders for the last steps of development,’ Dr Odile Leroy from the European Vaccine Initiative in Heidelberg, Germany, told the meeting.