Choose an interesting question and go after it with gusto – Prof. Nicola Spaldin 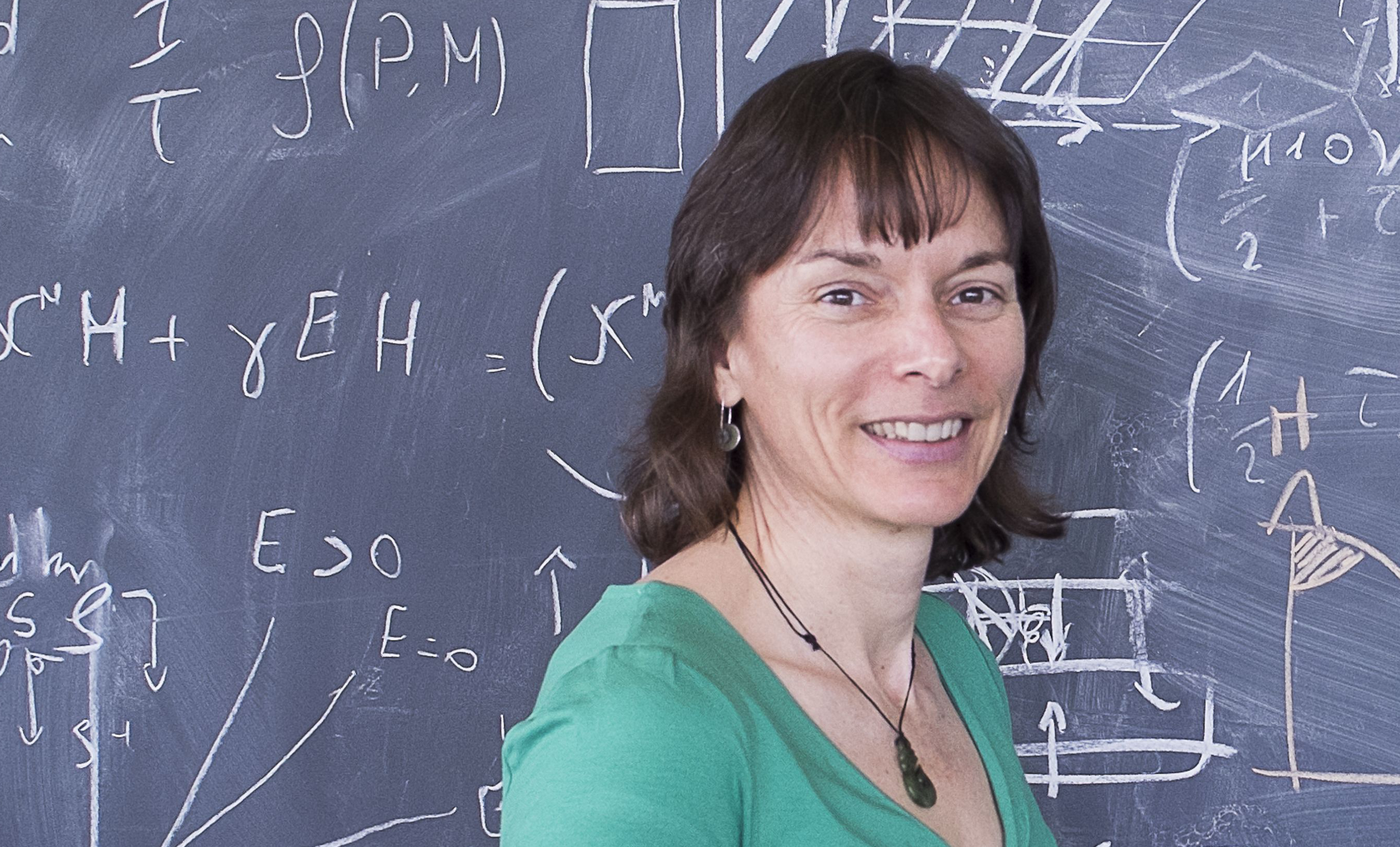 By the time she retires, Prof. Nicola Spaldin would like to have made a room temperature superconductor. Credit: Körber-Stiftung, Friedrun Reinhold

Young researchers should pick a question they are really interested in, and then go after it with gusto, says materials scientist Professor Nicola Spaldin, who has been named winner of the 2015 Körber European Science Prize which honours outstanding scientists working in Europe.

You’re working on making materials that are magnetic (ferromagnetic) and also have a so-called electric dipole moment, whereby they have both a positive and a negative charge (ferroelectric). Why?

'What’s interesting and challenging is to make materials that combine magnetism and ferroelectricity. These tend to not coexist - and that in itself is a very interesting research question. Is there some fundamental physics reason why you can’t have a ferroelectric magnet, or is it just that nature got unlucky?

What can you do with these so-called multiferroics?

'From a technology point of view it’s also appealing because if one can combine both the properties then, in principle, one can use an electric field to control the magnetic properties. And so all of the existing magnetism technologies that we have - for example information storage - which currently rely on magnetic fields, could be controlled electrically.

'To make a magnetic field you need a big coil of wire carrying a current. For an electric field you just need a couple of electrodes so that can be really tiny, it doesn’t use a lot of power, it doesn’t generate a lot of heat and so it’s much more energy efficient.'

How close are we to a commercial product?

'What we still miss is a material that is both a good ferromagnet and a good ferroelectric at room temperature (an important goal for electronics). And this is not because people are not good at making the materials, but just because it’s very hard to get all three optimised together. There could be a breakthrough tomorrow or it could be never.'

You’ve recently received a grant from the European Research Council to expand your work on ordering of atoms to look at the ‘defect chemistry’ of materials. Could you explain about that?

'Every material has missing atoms, or atoms in the wrong place or extra atoms that wouldn’t be there in a perfect material. And it turns out that these atoms - we call them defects - can dramatically affect the properties, sometimes improving them and sometimes making them worse or even suppressing the behaviour that you want to have.

‘There could be a breakthrough tomorrow or it could be never.’

'When you modify a material, for example if you make it in a thin film form, which is the usual form for a material in a device, often you strain the material; that is you slightly change the distance between the atoms to make it fit in the film. And this in turn changes the defect structure.

'This is something that is really hard to study experimentally because if you have a very small concentration of defects it’s very hard to measure and characterise. But in the computer we can create very precise defect profiles, and accurately calculate their effect on the material.

'It’s exciting from a basic research point of view and also in terms of future possible integration in devices. Long-term, if you want to make a device out of a transition metal oxide (elements from specific groups in the periodic table), which are the materials that we focus on, then one has to really understand first the defect chemistry and how that’s affected when you integrate your material into a device structure.'

'By the time I retire, I’d like to make a room temperature superconductor (laughs!). This would be a material that would conduct electricity with no resistance at room temperature, which would be of course completely transformative socio-economically.'

How does your work help you in this goal?

You’ve won the 2015 Körber European Science Prize, which awards EUR 750 000 to outstanding scientists for their promising research projects. What impact will this have?

'It’s a really nice influx of funding, which is always very helpful for starting new activities and new programmes. It’s also a wonderful honour. The previous winners are all outstanding scientists and so it’s a real privilege to be part of that community. And hopefully for the young scientists in the group it’s nice to see that if you work hard at something that’s a little off the beaten track, eventually it can become more mainstream and acknowledged as a worthwhile activity.'

What advice would you have for young researchers starting out?

'Find out for you what’s the most interesting question in the world that you really, really want to answer and then go after it with as much gusto as you can, because it’s only going to be fun if you’re really interested in it.'

Research into multiferroics has also yielded some surprising results in a seemingly unrelated field – cosmology. Prof. Spaldin’s mathematical models of what happens when multiferroic materials transition into different states – much like water turning to ice – turn out to mirror some cosmologists’ models for how the universe behaved in its early formation, the so-called grand unification transition.

Cosmologists predicted that shortly after the Big Bang, as the universe was expanding, a number of ultra-thin fault lines - known as cosmic strings - were also formed. By using mathematical models, they were able to predict how many cosmic strings would have formed for different rates of expansion, although they have had no way to test their theory until now.

Because Prof. Spaldin’s multiferroic transition is described by the same mathematics, she and her collaborators are able to use multiferroic materials as a test case for the behaviour at the grand unification transition and confirm the cosmologists’ cosmic string predictions.