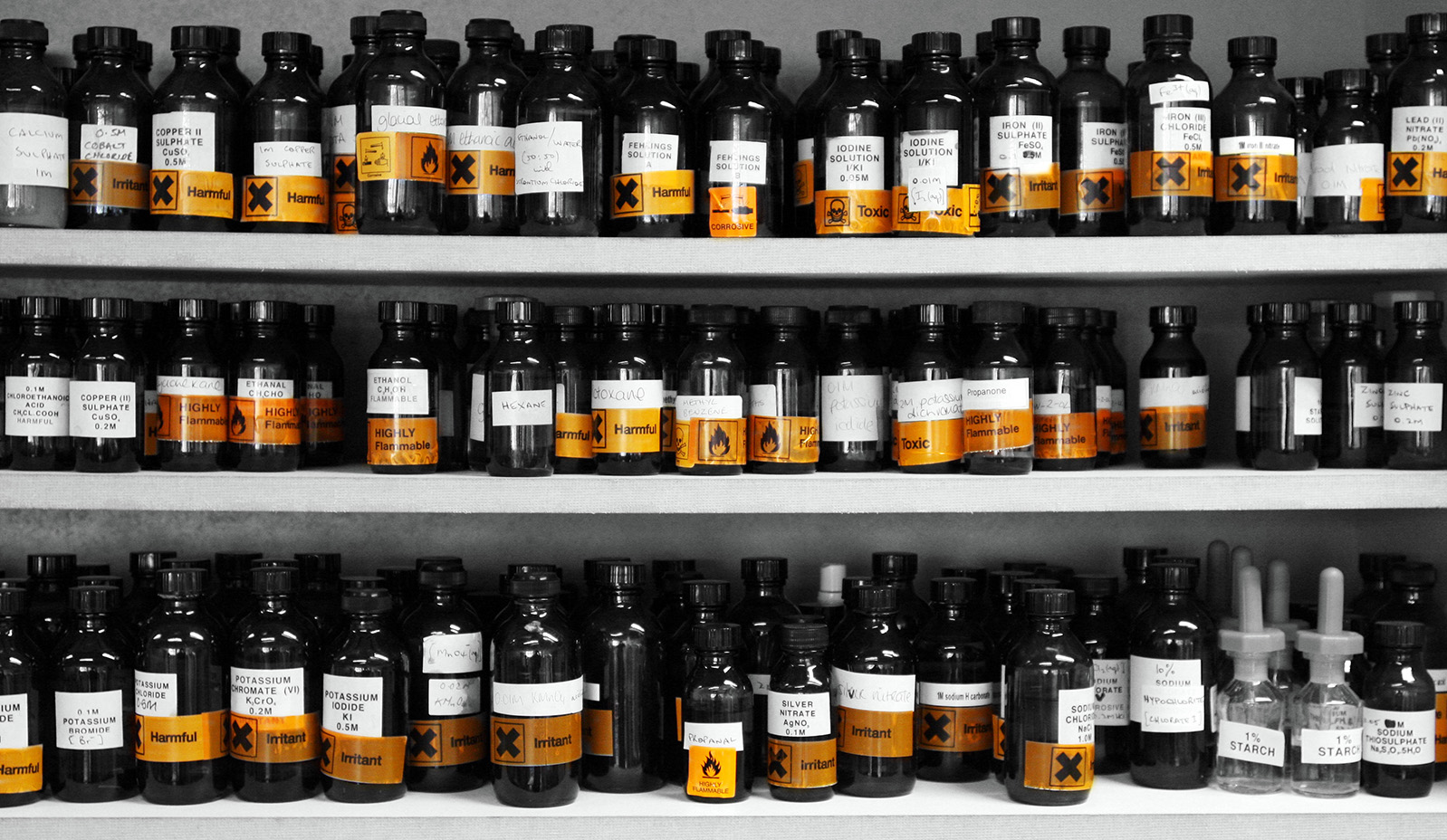 Harmless doses of chemicals can form mixtures inside our bodies and the health risks of this are not yet fully understood. Image credit - Flickr/CGP Grey, licensed under CC BY 2.0

Each of us harbours hundreds of man-made chemicals inside our bodies because we are exposed to them in our daily lives. While individual chemicals may not be of immediate concern to public health, scientists now worry that certain mixtures of them may pose previously underestimated risks to health.

This year, the European Union heavily restricted four types of phthalates in consumer products because of their possible health effects. Phthalates are plasticisers, ubiquitous chemicals that soften plastics in many consumer products. They are present in food wrappings, clothes, packaging, car parts, cosmetics and fragrances.

Over time, these plasticisers end up in the air, soil, water, food and household dust. They can also end up in our bodies. This is worrying because they are implicated in reproductive abnormalities in mammals. Studies of people have linked plasticisers to sperm damage, lower fertility, early puberty in girls and thyroid effects. The phthalates will be now legally be restricted to 0.1% in weight in articles used by consumers or in outdoor areas.

But scientists are increasingly concerned not just about single chemicals, which are found in people's bodies at levels that are usually not toxic, but about what happens to toxicity when these chemicals mix.

‘We are exposed to thousands of chemicals at the same time, often in low doses, but in some cases they can interact and potentiate each other’s effects,’ said Dr Joelle Ruegg, a molecular toxicologist at the Institute of Environmental Medicine at the Karolinska Institute in Stockholm, Sweden.

Of particular concern are endocrine disruptors, which are man-made chemicals that interfere with our hormone system. Examples include phthalates and bisphenol A from plastics, but also pesticides. They have subtle influences, even in miniscule amounts, while not being lethal to cells or animals in lab tests at high doses – as is normal with a toxic substance. This makes them hard to study.

‘We are exposed to thousands of chemicals at the same time, often in low doses, but in some cases they can interact and potentiate each other’s effects.’

When scientists test one such chemical in the lab they may find no harmful impacts. But adding this chemical to others creates combinations that in aggregate can cause harm. Ignoring mixtures can lead us to miss important health effects. ‘If we don’t take into account the many chemicals out there that have a similar effect on the hormone system, then we are underestimating risk,’ Dr Ruegg said.

She helped lead a European study called EDC-MixRisk that implicated chemical mixtures in harming children’s health and development. This study measured the exposure levels of 41 chemicals in the blood and urine of more than 2,000 pregnant women in Sweden. When the chemicals were tested one by one in cells and in animals, there were few concerning effects.

However, when mixtures of eight to 15 compounds were tested on animals at the levels and mixtures found in women, the sexual development and metabolism of animals such as zebrafish or mice being tested were affected. ‘We saw effects in many of our models at levels comparable to what we could measure in the pregnant women,’ said Dr Ruegg.

A typical mixture might contain bisphenol A, phthalates and pesticides. These mixtures could be used as a short-cut to test the risks posed by single compounds in a typical chemical mix.

Based on levels in the pregnant women, 11% of the children were at risk of having problems with sexual development due to mixtures. This result would have been around 1% if the assessment only looked at single chemicals, one at a time.

Traditionally, chemicals are regulated as single compounds, often under separate laws or by different regulators, which does not reflect how we encounter them.

‘These chemicals are regulated under different legislation, but the organism does not care if it is a pesticide or plasticiser, or if it is in food or drink. It is going to be important to address mixtures, together,’ Dr Ruegg said.

Dr Marike Kolossa-Gehring, a biologist and toxicologist at the German Environment Agency in Berlin, agrees. ‘We find from our data that every person living in Europe has 200 to 300 chemicals (detectable in their blood or urine) and so we need to investigate the effect of mixtures,’ she said.

Dr Kolossa-Gehring coordinates a project called HBM4EU that measures man-made chemicals in people and investigates possible health implications. The project has drawn up a list of 18 priority substances, including chemical mixtures, for its scientists to study in order to give better information to policymakers.

‘Our established systems focus on single substances, but we know from experiments (in the toxicological literature) that while one chemical might not exert any effect, if we combine ten such chemicals we do see an effect,’ she said.

Mixtures of endocrine disrupting chemicals, for example, can impact the sexual and neurological development of foetuses, reduce the immune system’s response after vaccination and in adults, can be a factor for metabolic syndrome, which includes obesity, hypertension and diabetes, according to Dr Kolossa-Gehring.

The aim is to help regulators ensure that European consumers are not exposed to harmful chemicals and that they can get the information they need to make informed purchasing decisions. Good chemical policy requires actions on an EU-wide scale, says Dr Kolossa-Gehring, informed by good science. A total of 117 scientific groups and agencies across 28 countries are collaborating on this project.

The project will generate health-based guidance values about the levels of chemicals deemed safe when found in the human body. These levels may become more accurate once the science of mixtures is taken into account, says Dr Kolossa-Gehring.

She points to glyphosate, the controversial agrochemical, whose use the EU renewed for five more years in 2017.

The chemical properties of this weed killer are known, but they seem to be different from the those we see once it is in the mixture in which it is sprayed, says Dr Kolossa-Gehring.  ‘These differences need to be investigated to protect people in Europe better.’

Dr Kolossa-Gehring says that legislation in Europe, called REACH, puts the responsibility of product safety on industry, but governmental players must check that the control system is working well enough to protect consumers. ‘With the mixture issue, it seems that we are systemically underestimating the impact of chemical exposure (in the first place),’ she said.

Consumption of fast foods and convenience foods or the high use of cosmetics or body care products is related to significantly greater internal exposure to chemicals, Dr Kolossa-Gehring says. Chemicals may enter food during food processing or may come from material that comes into contact with the food.

Dr Kolossa-Gehring says the project will also provide information via fact sheets for consumers to learn how they can lower their own burden of chemicals and mixtures. ‘People need to be aware of which behaviours are related to high exposure to chemicals,’ she said.