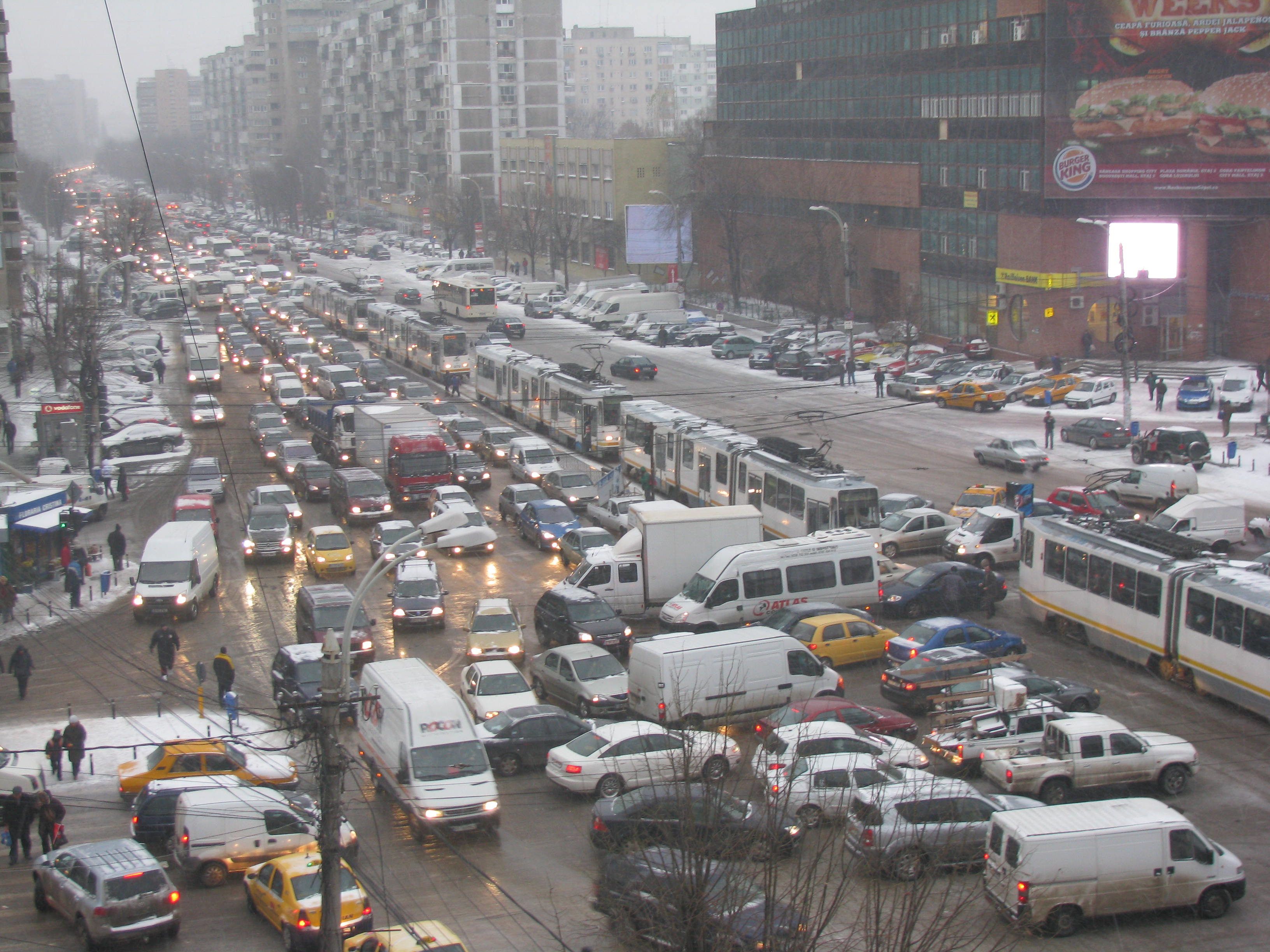 Modern engines - in particular those which inject fuel at high pressure - maximise efficiency and cut carbon dioxide emissions, but may also release harder-to-catch pollution associated with cancers and lung, heart and Alzheimer’s diseases. In response, European researchers are analysing exhaust particles down to one billionth of a metre, which may help in the development of cleaner cars.

Tiny particles emitted by combustion engines contain poisonous substances that pollute the atmosphere. They are one of the main sources of poor air quality, which overall causes the premature death of over 500,000 EU citizens every year – more than ten times the number that perish in road traffic accidents.

‘Particulate pollution is not improving in European cities at the pace anticipated by the wide introduction of particle filters for all types of diesel engines. In some cases, it may actually get worse,’ said Professor Zissis Samaras, an expert in automotive emissions from Aristotle University of Thessaloniki in Greece.

Current EU legislation regulates emission standards for particles from diesel and gasoline engines that are larger than 23 billionths of a metre, or 23 nanometres. However, some fuel-efficient engines, which emit less carbon dioxide, can release even smaller nanoparticles and these can come with their own range of health risks.

The human respiratory system is not designed to block particles of this size from entering the lungs. The particles also have a larger surface area than their bigger counterparts, which means that when they come into contact with the lungs there is a higher risk of harmful substances being absorbed.

This could contribute to acute and long-term health effects, according to Prof. Samaras, who is the coordinator of DownToTen, a research project aiming to measure automotive exhaust particles down to ten billionths of a metre, or 10 nanometres. This could eventually help car manufacturers design engines that emit fewer of these harmful particles.

To do this, the project is investigating both the particles directly released by a car’s engine, and their relationship with older particles already in the air, which have undergone something called atmospheric ageing.

Atmospheric ageing is when particles have already entered the environment where they can react with different compounds or attach to various other substances. This can end up changing their nature.

Part of the problem is trying to determine whether the older particles are produced as a direct result of the fresh exhaust or from somewhere else.

‘These secondary (atmospherically aged) particles can also come from the sea, from agriculture, forests or natural processes,’ said Prof. Samaras. ‘The question is how much do the emissions of vehicular primary particles cause or accelerate these processes.’

'These secondary (aged) particles can also come from the sea, from agriculture, forests or natural processes – the question is how much do the emissions of vehicular primary particles cause or accelerate these processes.'

DownToTen has developed a device that is attached to a car’s exhaust pipe and measures both new and aged particles. As the car releases emissions, the device records data on the emitted particles, and then pushes them into a chamber where atmospheric ageing is artificially performed. Data on the aged particles is then collected for analysis which can provide a more detailed insight into automotive emissions.

Another research project called SUREAL-23 has also developed an instrument that can measure particles under 23 nanometres, but in high resolution. An additional analyser was built that gives information not only on the size, but also the total number of particles emitted in real time.

Eleni Papaioannou of the Chemical Process & Energy Resources Institute (CPERI) in Greece is coordinating the project.

‘With this device, we will have exact knowledge of not only how many, but also on the size of particles while the vehicle is running,’ she said, adding that one of the reasons that current regulation only targets particles bigger than 23 nanometres is because neither a robust enough methodology or adequate instrumentation existed up until now.

SUREAL-23 was also successful in developing, for the first time, a heat-resistant measurement instrumentation, which is vital because it significantly simplifies and improves the sampling process.

‘The sampling system is often responsible for errors during the measurements as it introduces particle losses and artefacts (particles that do not exist at the exhaust but are created through the sampling process). For the first time, we managed to simplify this, getting rid of all those problems but also making our methodology more appropriate for on-road measurements,’ said Papaioannou.

Using this research into nanoparticles together with more accurate computer codes, car manufacturers will be able to input different factors, such as engine size, temperature and speed, to determine what the potential particle release would be in each case and optimise the relevant engine and exhaust treatment parameters. Knowing this information will enable manufacturers to design cars that are in line with future EU legislation, which is expected to reset the current limit on particle emissions to 10 nanometres. 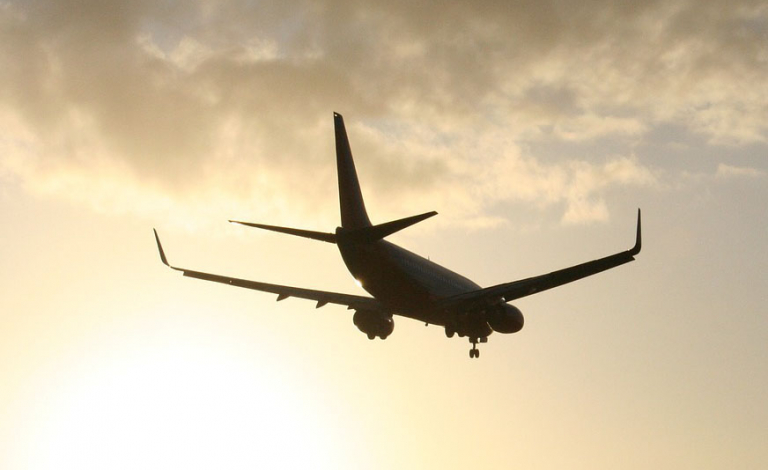 When it comes to planes cruising through the air, many of us are used to the idea of them flying on autopilot with little or no input from a human pilot as they travel from one destination to another. Landing a plane under autopilot, known as autoland, is a different matter. While some systems already exist, efforts are underway to improve them to enable safer landings. 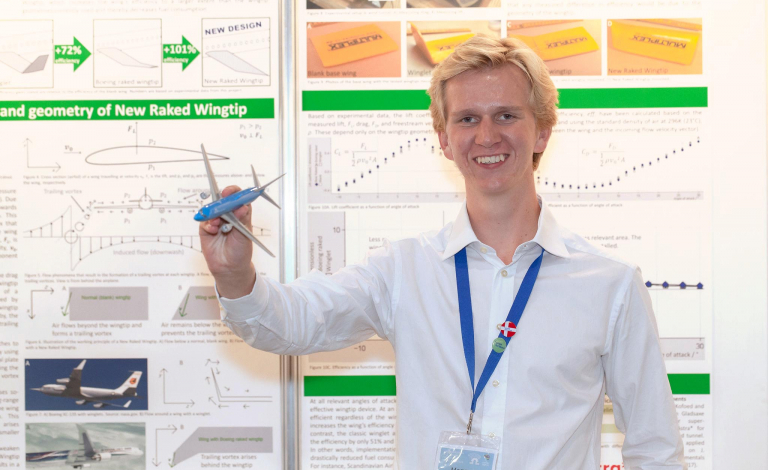 An alternative aeroplane wing tip dubbed ‘new raked’ that would make flying more fuel efficient has been awarded one of four €7,000 first prizes at this year’s European Union Contest for Young Scientists (EUCYS).