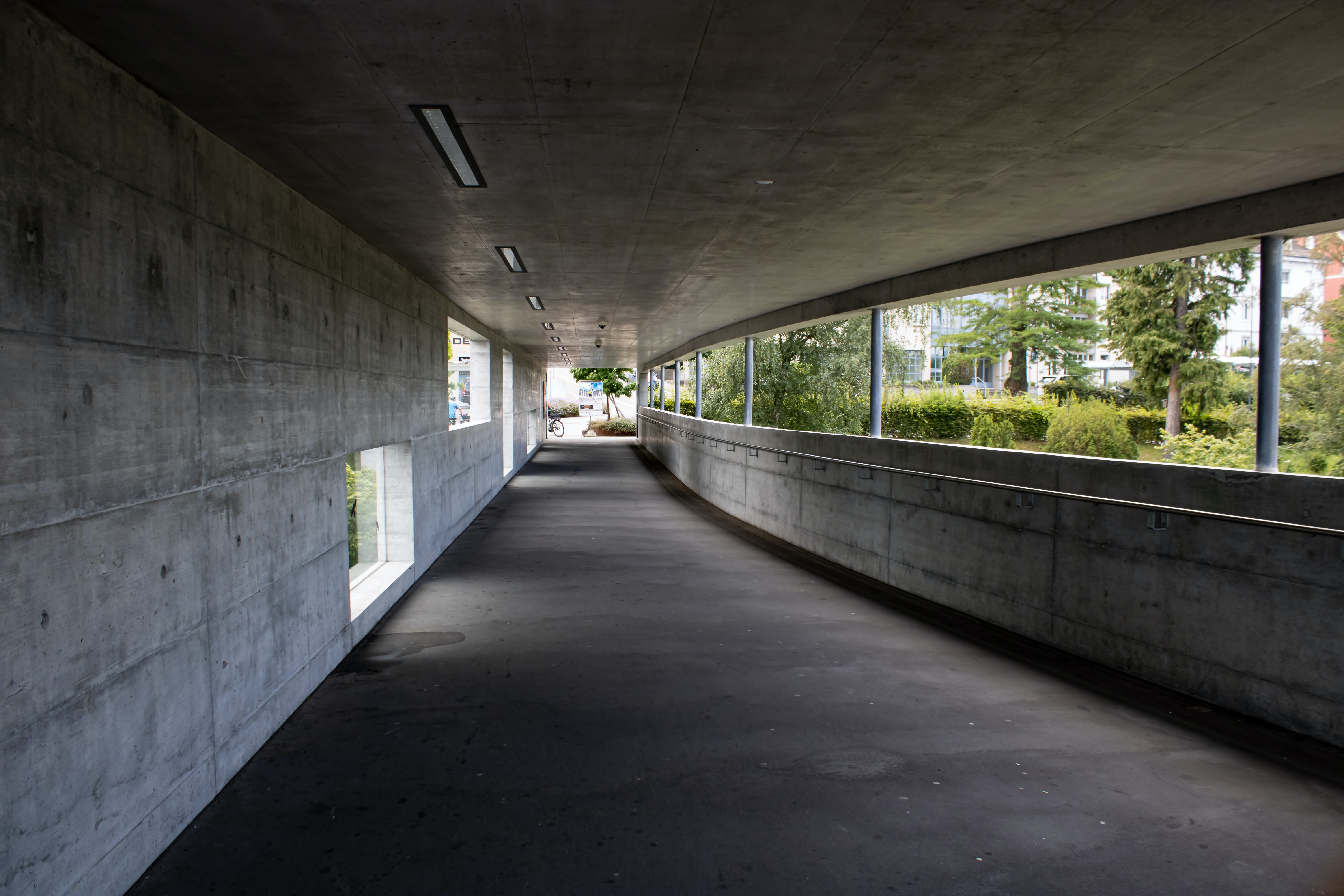 Concrete is responsible for 8% of global greenhouse gas emissions and is the second most used substance in the world. Image credit - Harry Dona/Unsplash

After water, concrete is the most widely-used substance in the world. Producing cement, a key component of concrete, is responsible for about 8% of global carbon dioxide (CO2) emissions. It involves burning a lot of minerals, shells, shale and other components in kilns heated to about 1,400°C, where fossil fuels are typically used as an energy source, thus producing CO2 emissions.

In addition, producing clinker – small, solid lumps that are an intermediary product of cement – is the result of a high-temperature chemical reaction that is also energy intensive.

‘The cement industry is working on decarbonising and lowering the footprint from fossil fuels,’ said Dr Nikola Tošić, a researcher at the Polytechnic University of Catalonia in Barcelona, Spain. ‘But the chemical part of carbon dioxide emissions is inevitable unless we come up with (completely) different types of cement.’ 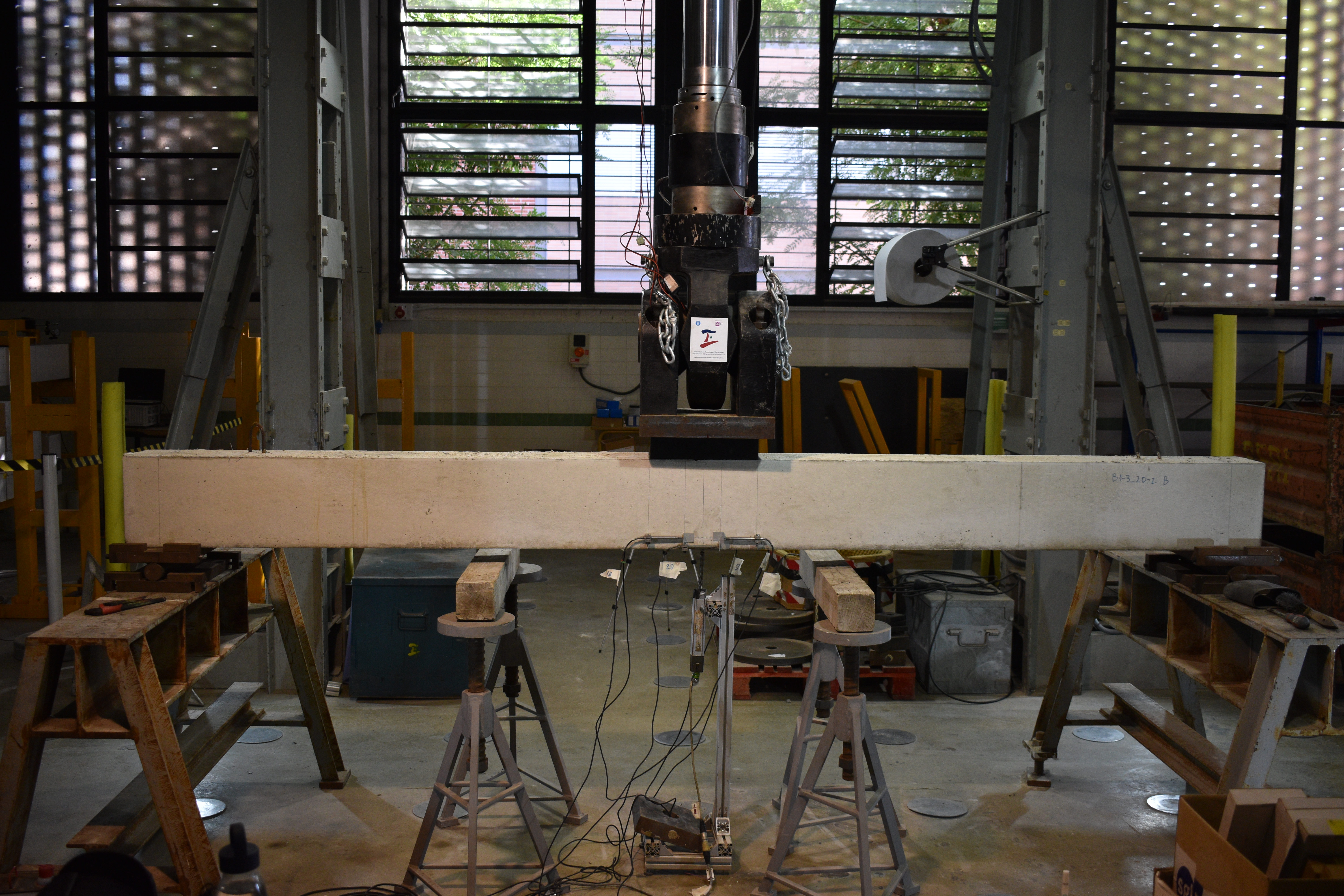 When cement is mixed with water, it forms a paste that binds together aggregates such as sand and crushed stone, allowing concrete to harden and giving it strength and structure.

Making cement stronger so that less of it is needed is one strategy to reduce its environmental impact. Professor Mohamed Saafi from Lancaster University in the UK and his colleagues are aiming to achieve this goal as part of the B-SMART project.

Cement needs to be combined with water so it adheres to sand and crushed rock and binds them together. However, not all cement particles become hydrated during the process. ‘Most of them remain essentially sitting there doing nothing which is a waste,’ said Prof. Saafi. ‘If we can amplify this hydration mechanism, its strength will increase significantly and therefore we can use less cement.’

‘The chemical part of carbon dioxide emissions is inevitable unless we come up with (completely) different types of cement.’

Prof. Saafi and his team turned to root vegetables for help. They investigated whether waste material from carrots processed to make baby food, or leftovers from beet sugar extraction could be added to cement to strengthen it. By using computer simulations, they were able to see how super-thin sheets made from these vegetables and thrown into the cement paste would interact with cement, looking at their effect on both the hydration of cement and its resulting mechanical properties. Then they conducted experiments in the lab to try and validate results from their simulations.

The researchers found that incorporating sheets made from vegetable waste was able to improve cement hydration. The sheets acted as reservoirs that allowed water to reach more cement particles and thus improve its binding ability. ‘At the same time, once the hydration is over some of these carrot nanosheets remain in the cement and make its structure very strong,’ said Prof. Saafi. ‘We haven’t seen this before and it’s really an amazing discovery.’

Adding root vegetables to cement was found to have additional benefits too. Applying pressure on a carrot, for example, produces electrical power that could power a small LED light or electronic devices. When carrot nanosheets were added to cement, Prof. Saafi and his colleagues found that they could make concrete that produces electricity. If used to build a bridge, for example, electricity could be generated when cars pass over it or due to vibrations or movement caused by pedestrians. ‘We can use this electricity from the concrete to power LEDs or streetlights,’ said Prof. Saafi. ‘It could also power sensors to monitor air pollution.’

Electricity produced by concrete could also give insight into the health of a structure. The voltage generated would change if there are cracks, for example. Incorporating a monitoring device that tracks electrical output in a building or bridge could therefore help determine when something is amiss and a structure needs to be checked, thus preventing catastrophic failure.

The team is now conducting field tests to see if they can build structures with their carrot cement that have the same properties observed in the lab. They are also aiming to use existing processes when producing their modified concrete to help reduce costs.

Other types of waste material are being tested to make more sustainable concrete. Industrial by-products such as fly ash - a fine, powdery material that remains after coal is burned - and blast furnace slag – granulated leftovers from steel production – could partly replace cement.

‘We can reduce (the amount of) cement by 30% to 50% and add these industrial by-products (instead),’ said Dr Tošić, who is exploring this approach as part of a project called GREEN-FRC.

The team is focussing on producing fibre-reinforced concrete for use in urban settings, to make pavements and buildings for example. They will experiment with different concrete mixtures to find those that are optimal from a sustainability perspective and where mechanical properties are not compromised.

Mathematical models will initially be used to predict the properties of their greener concretes based on their composition which will be followed up by lab tests. ‘We expect that they will behave differently than typical, traditional concrete,’ said Dr Tošić. 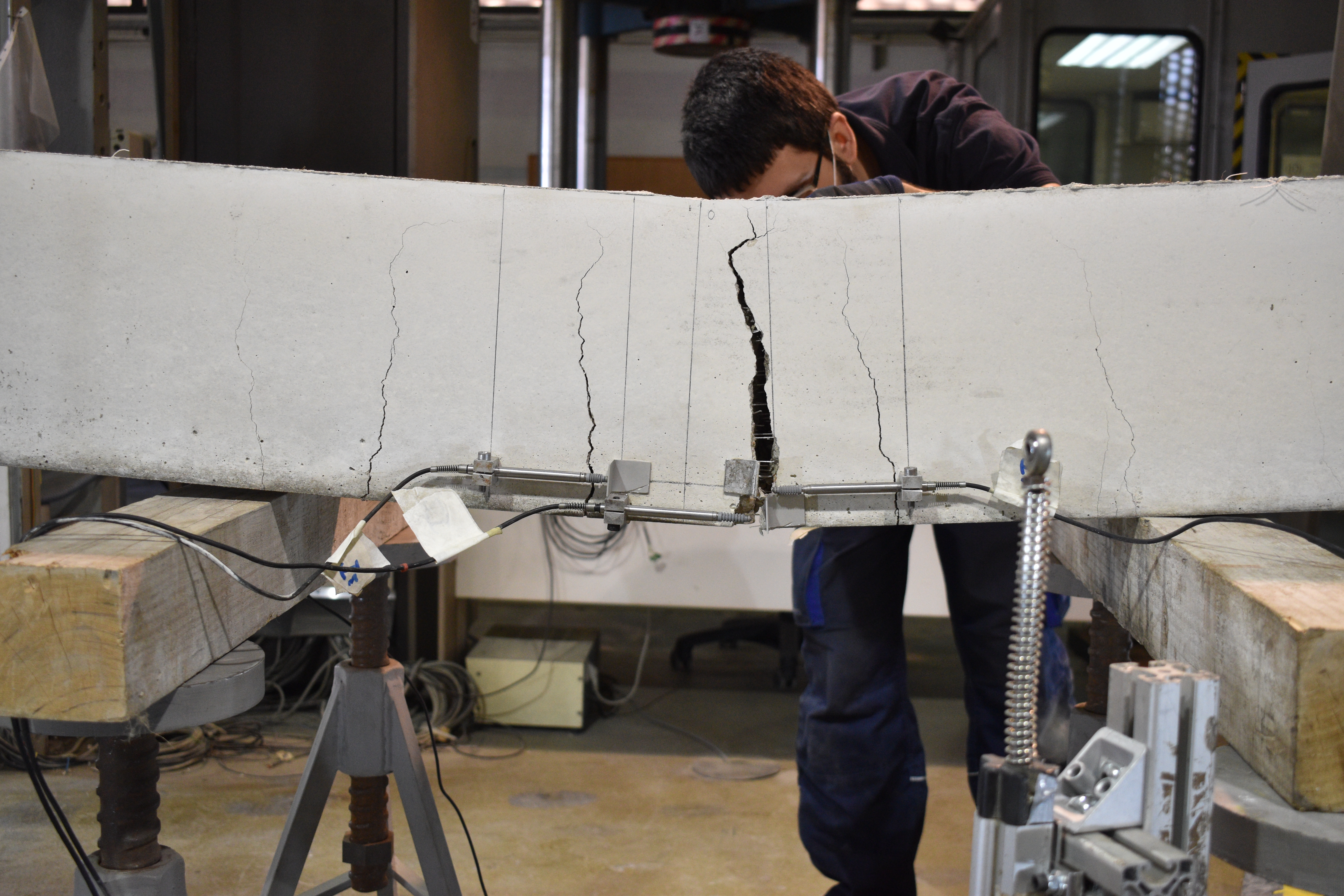 Incorporating plastic into concrete is also of interest. Recycled plastic fibres could eventually be used to make it stronger, perhaps allowing for a reduction in unsustainable components such as steel used to reinforce cement. Since the project started in early 2020, the team has been incorporating different amounts and types of polypropylene plastic fibres into concrete and testing how it fares in the long term. Concrete continuously deforms over time when put under a constant load, so they want to see how it behaves when its composition is altered. ‘We need to be able to predict this,’ said Dr Tošić.

Soon, the team will also start looking at how certain clays could be used to partially replace cement in concrete. Cement has an additional environmental footprint which stems from natural resources such as clays and minerals that are required to make it. But using limestone calcium clay instead could be a more sustainable option since it is much more abundant than other natural materials used to make traditional cement, as well as other alternatives such as industrial by-products.

Dr Tošić thinks that their greener concretes will initially be used in pavement, lining for tunnels and panels for building facades, which require less reinforcement than structures such as buildings. Some construction companies are already taking an interest in the project by providing free materials for their experiments. ‘In the last year, we are noticing that construction companies are making a change or a shift in terms of thinking,’ said Dr Tošić. ‘They are seeing that sustainability is necessary for them in the future otherwise they will lose a market.’