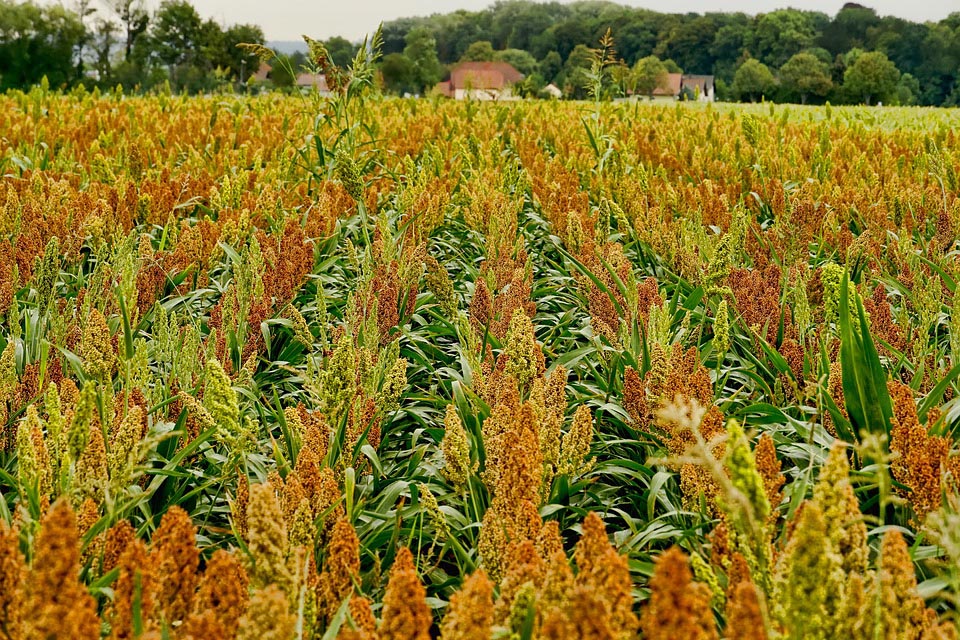 Boosting the levels of micronutrients like zinc in popular grain crops could help to reduce a ‘hidden hunger’ experienced by millions of people across Europe and around the world.

More than two billion children and adults globally are estimated to suffer from deficiencies of crucial vitamins and minerals due to poor diet.

Unlike undernourishment – where people cannot get enough calories to eat – the effects of micronutrient deficiency are less obvious as it does not cause starvation. Instead it leads to a wide range of health problems that can impair and radically shorten people’s lives.

This has resulted in the problem being described as a hidden hunger that affects not just poorer parts of the world, but is also an increasing problem in richer, more developed countries.

But researchers are now looking for ways of improving the levels of key micronutrients in foods that are widely eaten in an attempt to tackle these deficiencies.

‘There are people all over the world who are getting enough calories to eat, but are not getting enough zinc, iodine, iron and vitamins in their diet,’ said Dr Agnieszka Mierek-Adamska, a biochemist at the University of Warwick in the UK. ‘This can have severe health consequences.’

Although only tiny amounts of these substances are needed by the human body, they are essential for all of the basic biochemical processes that allow us to live. They form key parts of the enzymes, hormones and proteins that run our bodies.

Micronutrient deficiency can lead to a wide range of diseases including anaemia, osteoporosis, blindness, growth stunting, impaired brain development and reduced immunity to infection. The effects are particularly pronounced in children and pregnant women.

Dr Mierek-Adamska is attempting to increase the amount of zinc in the world’s fifth most important cereal crop, sorghum, in the hope of boosting levels of this vital nutrient in people’s diets. Across much of Africa and Asia sorghum is used to create traditional flat breads, but it is also widely grown in Mexico, the United States and Australia.

‘Many grains like sorghum can actually contain good levels of zinc, but the metal is not just flying around alone in the edible bits of the plant,’ said Dr Mierek-Adamska, who is conducting her research under the PMTFOS project. ‘The zinc is bound strongly to something called phytic acid, so when the grain is digested, the zinc cannot be absorbed by the gut.’

But one particular family of proteins called metallothioneins, which are found in all plants, are able to bind zinc in a different way, meaning they release the metal more easily during digestion. Dr Mierek-Adamska believes it may be possible to use these proteins to boost the amount of zinc consumers can get from sorghum.

She is analysing whether one of these proteins – called sorghum metallothionein 4 – is present in the edible grains and whether it can be used to increase zinc content.

Attempts to boost zinc in grain crops often hit a stumbling block. Many of the substances that bind to zinc in plants also bind to cadmium, which is toxic to humans. It means that crops can suck up this harmful metal from the soil together with the useful zinc. But Dr Mierek-Adamska believes sorghum metallothionein 4 is more picky about what it binds to.

‘The metallothionein I am working with seems to have this ability to distinguish between zinc and cadmium in the laboratory,’ she said. ‘We now have to test whether this happens in the plants too.’

Zinc plays a role in 2,000 human proteins - a tenth of those produced by our bodies - including some that play a key role in the proper functioning of DNA in our cells. People from low-income areas are particularly vulnerable to deficiency as zinc-rich foods like meat tend to be expensive.

But even in wealthy European countries, zinc deficiency is considered to be common. One study in 2015 found that 86% of girls aged between 4-10-years-old in Germany had intakes of zinc that were below the estimated average requirement, while 95% of girls in France of the same age were not getting adequate zinc.

Dr Mierek-Adamska is currently growing sorghum plants in soil that contains different levels of cadmium and zinc to see whether this selectivity of metallothionein 4 is maintained. In the future, she hopes her work will lead to the creation of genetically modified sorghum that will carry increased amounts of metallothionein 4 to see if this can fortify the crop with zinc.

‘Hopefully we will get to a point where we have new varieties of sorghum that have zinc in a nice form that humans can digest,’ said Dr Mierek-Adamska.

But modifying plants so the micronutrients they contain are more readily available when they are eaten is only half of the battle as the micronutrients have to exist in the soil in the first place for plants to absorb them. In many areas, soils have been depleted by centuries of farming and erosion, meaning they need to be supplemented with fertiliser.

‘There are people all over the world who are getting enough calories to eat, but are not getting enough zinc, iodine, iron and vitamins in their diet.’

Engineers at agronomy consultants Zemdirbiu Konsultacijos, based in Kaunas, Lithuania, have been developing an innovative monitoring device to determine whether cereal crops like wheat have the right balance of micronutrients in their soil.

They use a technique called spectrophotometry, which is able to determine the concentration of different chemical substances in a liquid by shining a beam of light through it. Different chemicals absorb different wavelengths of light, so by looking at what light is lost as it passes through the liquid, it is possible to calculate the concentration of those substances.

While the leaves of plants are not strictly a liquid, they do contain liquid in their cells. So Zemdirbiu Konsultacijos claim that it is possible to measure the concentration of different nutrients and micronutrients in a plant by shining light through the leaves.

They are developing a handheld ‘Smart Agrometer’ that uses this technique so farmers can measure the health and nutrient content of their crops in the field.

‘Most farmers judge the amount of fertiliser they use by eye and experience,’ said Kipras Kazlauskas, head of business development at Zemdirbiu Konsultacijos, which is leading the Spectrophotometer project to build the mobile-phone sized agrometer.

‘If they can have information about exactly what nutrients a plant needs, it can help them adjust their fertilising schedule and pick the right fertiliser for the job.’

Currently the device is still about the size of a suitcase and connects to a laptop, making it hard to carry around, but the team hope to shrink it so it becomes handheld and can deliver information directly to an app on the farmer’s mobile phone.

The device works by comparing the spectrum of light passing through leaves on the plant to a database that shows what that crop growing in ideal conditions and with the right balance of nutrients should look like. This can then help the farmer tweak the nutrients given to the plants.

Although the team are still to publish data that shows how effective the device is, they believe it could be used to help address micronutrient deficiencies in people’s diets.

‘It could not only bring down the cost of food by reducing fertiliser use but also help farmers ensure their crops have the right balance of nutrients that consumers need,” said Kazlauskas.