Very little is known about how the social behaviours of house sparrows are changing in urban habitats. Image Credit - Flickr/B Balaji, CC BY-NC 2.0

They may peck greedily at feeding tables - and have it easier than country birds do in the warmer urban winters - but city birds, it turns out, are in turmoil on the inside.

Researchers have found that many internal defence mechanisms that are quiet in rural birds are much more active in those in cities. These biological pathways are pumping out extra antioxidants, immune system cells and detoxifiers – a sign that urban life is challenging their health.

Globally, bird numbers are dropping. According to figures published by conservation organisation BirdLife International last year, 40% of bird species have declining populations while 7% are increasing in number. BirdLife cites urbanisation as a force destructive to many bird species, but a few do well in cities, such as the adaptable great tit, whose population is on the rise.

City wildlife have a different experience of predators, food availability and diseases than those in the country. This may be helpful to them – for example, humans leave food out for birds in their gardens. But they also have to cope with a fragmented habitat and with noise, air and light pollution. Scientists want to understand these forces in order to get a better grasp of the dramatic drop in some bird populations.

A research group in Sweden has been studying great tits living in 500 nestboxes in the city of Malmö, and a similar number in the forest. Great tits were chosen partly because they are well-studied and also because their use of nestboxes makes it easy for researchers to locate and examine them. The researchers check the boxes weekly during spring, weighing chicks with tiny balances, measuring them with adapted rulers, and tapping them for blood, according to Dr Hannah Watson, an ecologist at Lund University in Sweden.

An early study revealed that the urban birds had higher levels of antioxidants circulating in their blood than rural birds – a defence mechanism against attack from free radicals - toxic versions of oxygen atoms.

‘Exposure to air pollution would generate more free radicals (in the body) which can then increase what’s called oxidative stress – a kind of cellular level stress,’ said Dr Watson. ‘The free radicals cause damage to DNA, lipids, proteins – all the macromolecules in the cell.’

To explore the consequences in more detail, she compared RNA (a counterpart to DNA) samples between the two populations, in a project called URBAN EPIGENETICS.

While genes code for the structure and maintenance of a living thing, they only function if they are switched on – or expressed. This happens via a bit of chemistry, methylation, which can be triggered by environmental factors.

Dr Watson found that genes responsible for the city birds’ immune responses had been upregulated, implying that they were fighting off more infections than rural birds. Similarly, other genes, such as those for neutralising poisons, for inflammation and for antioxidant production to combat free radicals, were also switched on.

‘It’s only the birds of really good quality that are able to actually survive the nestling period in the city.’

‘We showed big differences in terms of the genes that are expressed and the levels they are expressed at,’ she said. ‘We interpret this as being consistent with our prediction that birds living in the city are exposed to more of these environmental stressors.’

But this doesn’t necessarily mean that urban birds are suffering, says Dr Watson. ‘It could just indicate that they’re able to respond and cope.’

To understand whether the birds were taking urban stress in their stride, Dr Watson joined a study led by one of her colleagues in which they measured the caps – telomeres – at the ends of the birds’ chromosomes.

Over the last decade, scientists have shown that telomeres gradually shorten each time a cell divides, and also in response to other stressors, eventually reaching a stage of senescence, or deterioration, which corresponds to an organism’s old age and death. In fact, the length of a creature’s telomeres, it turns out, seems to foretell its lifespan. The team conjectured that, if the urban stresses were actually affecting the great tits’ ability to survive, this would be revealed in the lengths of their telomeres.

They found that city chicks that were ready to fledge had on average shorter telomeres than those of fledgling forest chicks.

Those with the shortest telomeres were less able to cope with urban stresses and died before reaching adulthood. Paradoxically, that meant that adult great tits in the city were likely to be stronger than the average forest adult because the weaker ones had been weeded out.

‘It’s only the birds of really good quality that are able to actually survive the nestling period in the city,’ said Dr Watson.’ In fact, the researchers think that while multiple stressors in the city are wiping out younger, weaker birds, they may not be of much consequence during adult life for those tough enough to make it that far. 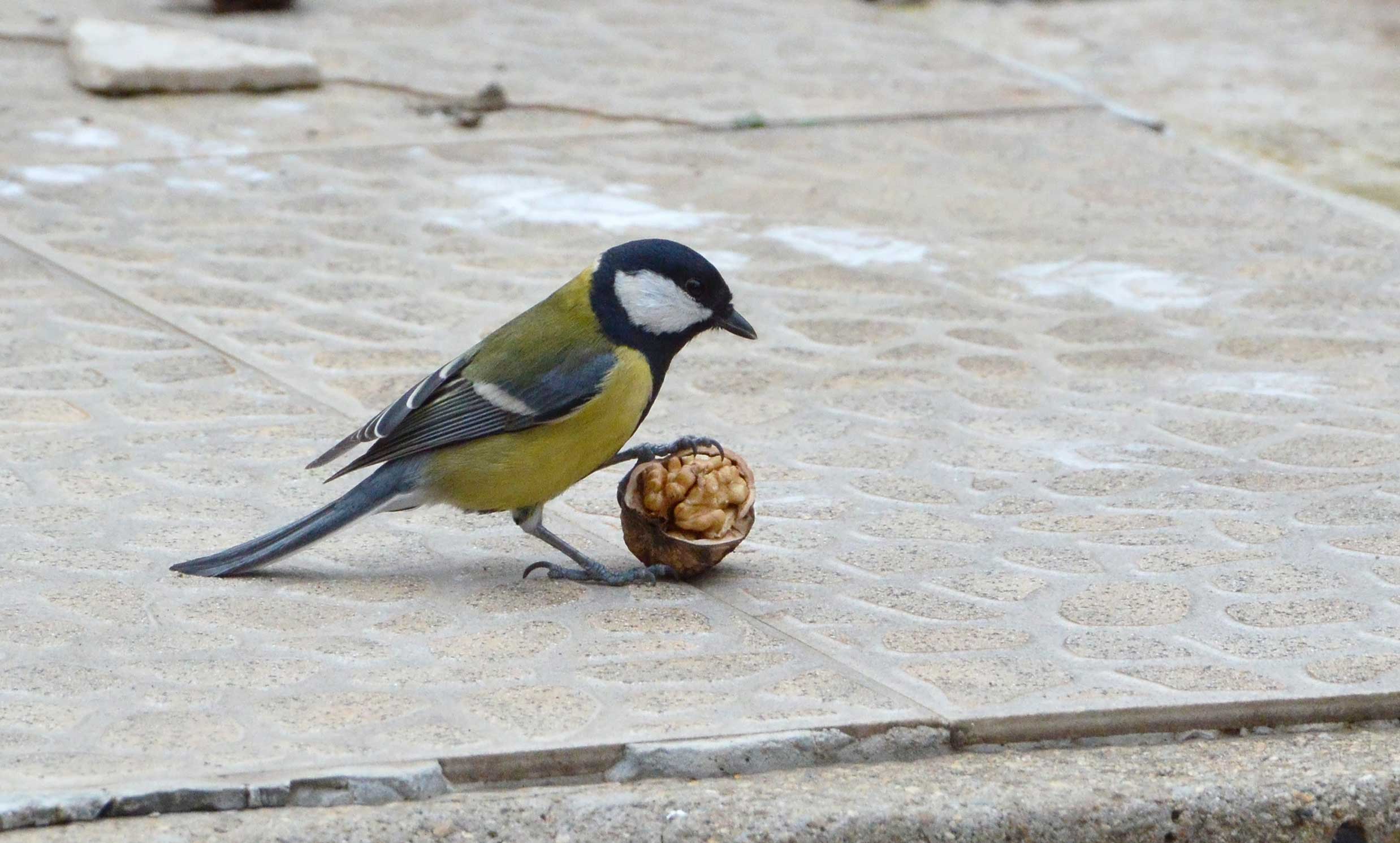 Urban living may also mean that the social structures that served a species well in the natural habitat have become no longer necessary or even harmful.

House sparrows in the wild, for example, compete with each other for food according to a dominance hierarchy that is determined largely by size. But in cities, there are two key differences – food is more abundant and house sparrows are smaller, possibly because they don’t need to store body fat since winters are milder. Either factor could undermine the way they normally compete for food.

Likewise, house sparrows are known for the way they cooperate to mob potential predators. But when the danger shifts from a bird of prey to a cat or dog, this behaviour could become redundant.

With their numbers in decline, but still strong at as many as 1.3 billion globally, their toughness, aggression and ability to survive around humans suggests they seem to do well in urban areas.

Dr Lyanne Brouwer, an animal ecologist at Radboud University Nijmegen in the Netherlands, is studying house sparrows in a variety of urban habitats as they engage in their cooperative and competitive behaviours in a project called UrbanBird, which runs until 2020. She is using observations gathered by ordinary people, as well as her own field work to understand the causes and longterm effects of any behavioural change in the way house sparrows interact with each other. Ultimately this could help predict how urbanisation could affect other species and biodiversity.

‘It’s really interesting to see that all the factors that could affect social behaviour, like for example food availability or the predators that are around, are all very different in cities - so how would that affect these social behaviours? It turns out there is basically nothing known about how such behaviours change in cities,’ she said.