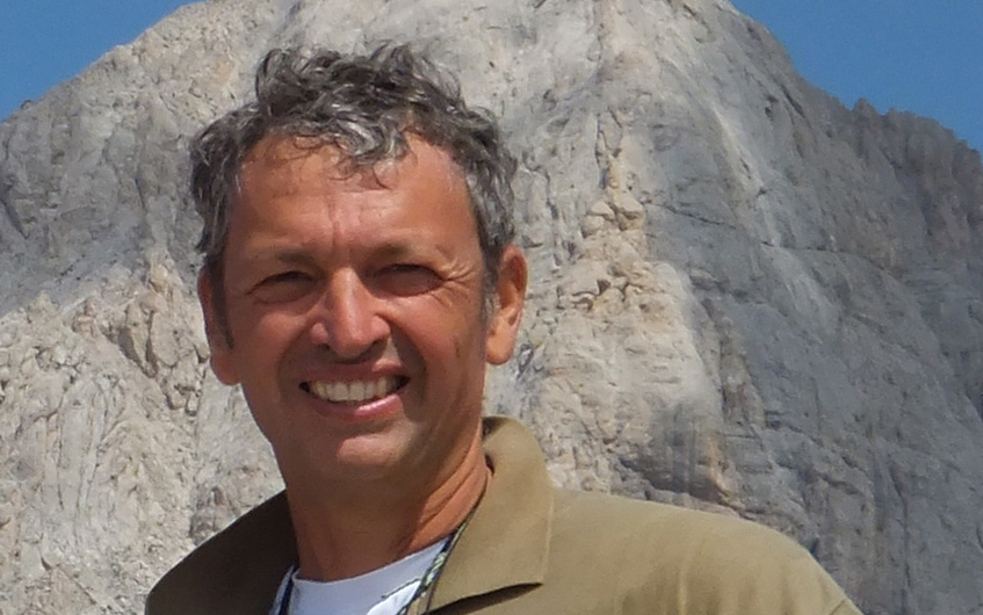 It is very, very difficult to predict when a big earthquake will hit. And we may never be able to forecast precisely the time, magnitude and location of destructive quakes such as those that tore through central Italy in August and October. But our understanding of how they happen is improving dramatically, says Giulio Di Toro, professor of geology in the School of Earth and Environmental Sciences at the University of Manchester, UK.

Why has central Italy been hit by these earthquakes and does it mark a new phase of instability in the seismically active country?

‘These earthquakes are part of the typical seismic activity of southern Europe. They form part of a sequence that started in 1997 to 1998, in faults to the north, and then in 2009 to the south. So the region hit this year is in the gap between these two. This seismic activity is typical for such faults, but the magnitude 6.0 quake of August 24 hit with no short-term precursors. There were many summer tourists in the Amatrice region at a festival. So there were many casualties, with 299 people killed. The October 30 earthquake, magnitude 6.5, released 15 times more seismic energy. But in the days before it hit, there were strong foreshocks, which served as an alarm, so people were not living at home when the main earthquake hit. There was huge damage, but no casualties.’

Is there any way you are able to assess when earthquakes are likely and where the most vulnerable points are?

‘Italy is the most seismic country in Western Europe and the whole mountain belt of the Apennines is very active. But even if you know that an area is very unstable and you may know where (an earthquake might strike), the problem is when. It is very, very difficult to predict when a big earthquake will hit.

‘Many faults in the earth’s crust are near to failure all the time, but most in this sequence of small quakes do not produce serious damage.

‘In Italy, there are on average about two magnitude 5 earthquakes per year and one magnitude 6 on average every five to six years. But there is one magnitude 4 per month and we know that if there is a magnitude 4 earthquake, there is a 1 % probability of a quake of magnitude larger than 5.5 within 10 km of the epicentre. That is considered destructive given the poor resilience of buildings in Italy, but it is very difficult to decide whether to move the population in such a situation.’

How would you assess the risks in other parts of the region at present?

‘There is always the possibility of seismic activity in several countries in southern Europe, particularly around the Mediterranean and across to Turkey. In southern Spain and especially in Greece, where in a similar way to Italy the building codes are not enforced, people are vulnerable. And Iceland is also a seismically very active country.’

What improvements do you see in future in forecasting big earthquakes?

‘We know how to build houses that will not fall down during an earthquake. So we should adhere strictly to the building codes, and at that point forecasting earthquakes would be more an academic game. Deterministic predictions – of the exact time, magnitude and location of a big earthquake – will probably never be possible. Part of the difficulty is that the processes we look at, as geologists, are on the scale of millions of years. Even periods of 100 or 50 years can be very difficult, let alone saying something about tomorrow. But we are making very good process in improving probabilistic, physically based forecasting techniques and earthquake forecasting is a very active research field.’

You’ve received funding from the EU’s European Research Council for two projects, USEMS and NOFEAR, to investigate more about how earthquakes work. How is research helping us to understand processes in the seismic cycle?

‘Because earthquakes are the result of ruptures that propagate along faults, fault geometry, fracture and friction processes play a pivotal role. In the laboratory we can explore things like the rock friction and fracture under given conditions, such as when rocks slide against one another, as in real earthquakes. In the USEMS project we made excellent progress in learning about the material produced in an earthquake that “lubricates” the faults.

‘Many faults in the earth’s crust are near to failure all the time.’

‘In the new project, NOFEAR, we are going forward by doing numerical modelling of the seismic ruptures, with many more details. On one side, we are using the real geometry of faults, and on the other side we are looking at the mechanical behaviour of these materials.

‘We are using experiments with small samples of rock and we are also looking at real earthquakes. But when we simulate earthquakes in the laboratory, the rock samples are really only about the size of a glass of wine. But a magnitude 6.5 earthquake ruptures a fault about 30 km long. So to simulate earthquake ruptures and see how the earthquake engine works, we need to combine those with numerical models. In the laboratory we also investigate precursory activity of larger ruptures. Even if these studies may not help in predicting big earthquakes, they can help in understanding the evolution of the aftershocks, which can be important in the aftermath of a big earthquake, and especially for “induced” seismic activities – events triggered by human actions.’

What do you mean by events triggered by human actions?

‘It is well known that human activities, such as storage of wastewater from fracking operations in shale gas, as well as hydrocarbon exploitation, injection of fluids in reservoirs for geothermal energy use can induce earthquakes. In particular, we investigated operations for CO2 storage in deep reservoirs by means of mineral carbonation reactions. Such a process fixes CO2 gas into a mineral, such as calcite or dolomite. Mineral carbonation could be a very efficient technique for long-term storage of CO2. However, according to our experimental evidence, given the low solubility of CO2 in water in the operating conditions of injection sites, storing significant volumes of CO2 will require the injection of extremely large volumes of water. That will likely trigger earthquakes. So if you want to do any of these activities safely, you have to pay attention to earthquake physics. Our research shows it is important to be able to know how rocks will respond when they are under high fluid pressures.’

Some fringe theorists have speculated that experiments at CERN’s Large Hadron Collider could have triggered quakes in Italy. How would you assess such claims?

‘As far as we know, the biggest earthquake induced by man was a magnitude 6.3 related to water filling and other operations in an artificial reservoir in India in 1967. Humans could trigger even larger earthquakes by, for instance, injecting fluids into plate boundary faults that are naturally prone to generate earthquakes very large in magnitude. In this case, humans may anticipate the occurrence of a large earthquake, which is one of the main steps of the seismic cycle of a natural fault. However, regarding the fringe theorist maybe we should go back to what Immanuel Kant wrote some centuries ago after the destructive Lisbon (Portugal) earthquake of 1755. Rather than invoking supernatural causes, or the strangest exotic forces, maybe the explanation for earthquakes should be sought under our feet. Earthquakes in central Italy like those of this year occurred well before CERN was built and will occur, in this specific part of Italy, for hundreds of thousands of years to come.’