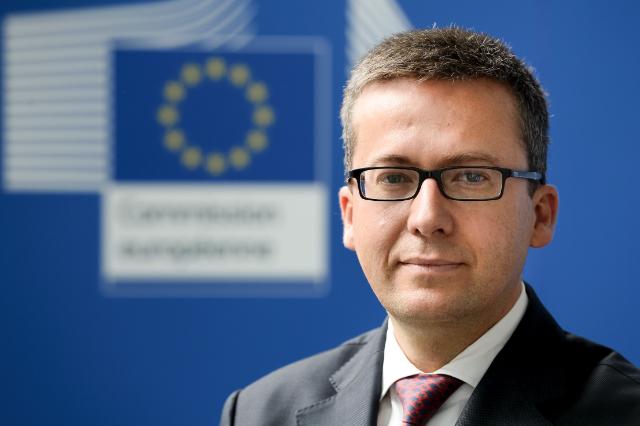 Big data such as employment statistics should be used in combination with other indicators to reveal the real impact of research projects, Carlos Moedas, European Commissioner for Research, Science and Innovation, told an event on how to show the results of EU investment.

‘We are at the tipping point of getting information systems and big data to work with each other.’

However, when working out how successful that investment has been, Commissioner Moedas said that looking at inputs while at the same time measuring outputs was a bit like the Heisenberg principle in quantum physics, which states that you cannot measure the speed and location of a particle at the same time.

‘We talk about measuring outputs, but then sometimes these outputs, they are in conflict with each other,’ he said during the event on 22 September, called EU Budget Focused on Results.

However, Commissioner Moedas said that we have reached a tipping point in the way we can measure outputs.

‘We are at the tipping point of getting information systems and big data to work with each other,’ he said. ‘With the information that we have today we can do a much better job, because it is not about one indicator, it is about a meta-analysis of a lot of indicators.

‘For instance you can say, “Look, is this person doing a lot of publications but not a lot of patents … is he actually getting a product to the market?”.’

He said that this type of analysis had already demonstrated that small- and medium-sized enterprises (SMEs) funded under the EU’s Eurostars programme, which specialises in supporting research-based SMEs, created more jobs. That’s when they were compared with successful SMEs which had not been funded.

During the conference, EU Vice-President Kristalina Georgieva launched a web app which enables people to discover EU-funded projects around the world.

She said the app covers projects ranging from improving education for children in Syria to the SOLAR-JET project, which showed how to make jet fuel from sunlight, CO2 and water and a waste management system in Bulgaria.

The app is accessible here: http://ec.europa.eu/budget/euprojects/