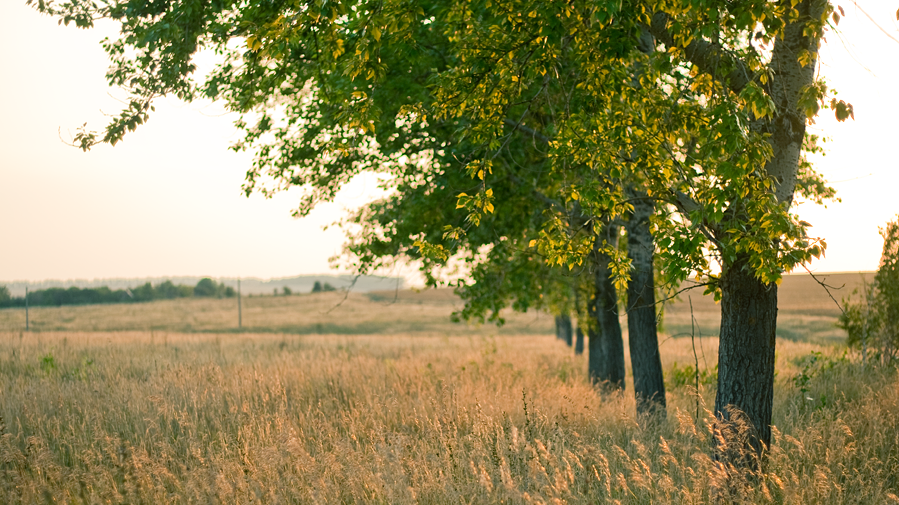 Hacking trees by adding bacteria to their roots could help scrub contaminated soil clean of chemicals and metals from industrial spillages and fallouts, a process known as gentle remediation.

Once the approach is refined, it could provide an alternative way of cleaning up at least some of the quarter of a million polluted sites around Europe.

Today’s method of dealing with contaminated soil is known as dig and dump: scoop up the polluted soil and dump it into landfill. A potentially greener and cheaper approach is to use living organisms to either hoover up the pollutants or break them down.

Breaking them down is precisely what was achieved at an old car site in Belgium where groundwater was contaminated with solvents and fuel. There, 275 poplar trees succeeded after six years in scrubbing the soil clean of toluene, a harmful chemical found in paints, gasoline, inks and glues.

Trees such as willow and poplar are especially useful: their roots can sink deep down to reach groundwater and suck up pollutants. But the trees do not act alone; pollutant-eating bugs are crucial partners. In many cases, these microbes can be added to the tree roots to help them suck up or break down the pollutant.

‘You choose a suitable bacterial strain and add a solution containing a large number of them to a plant at the remediation site,’ said Professor Markus Puschenreiter at the University of Natural Resources and Life Sciences in Vienna, Austria. ‘They establish in the rooting zone and support accumulation behaviour. They release compounds to mobilise nutrients, but also contaminants.’

Prof. Puschenreiter coordinated an EU-funded project called GREENLAND, which tested and refined this approach at pilot sites to ensure that it is practical to implement.

Strains of bacteria are taken from polluted soils, since this is where pollutant-eating bugs are naturally found. It's often a case of scientists picking the best strains and letting them share genetic material with bacteria naturally living with the trees, a process known as conjugation. There is no need for genetic modification of the bacteria.

Professor Jaco Vangronsveld at Hasselt University in Belgium, who also worked on GREENLAND, used this technique to boost the clean-up potential of poplar trees growing at the old car site in Belgium.

‘You try to improve the potential of the microbes already there,’ he said. ‘If those there cannot degrade the pollutant, we can conjugate them with strains that have pathways to break it down. We modified bacteria inside the plants too, to allow them to degrade the compounds that are taken up by the plant, so we have a nice bioreactor.’

In the case of chemicals like toluene, the bugs literally eat through the chemicals, breaking them down into a tiny amount of carbon dioxide.

A harder task is to clean up metal pollution, since a metal ion can’t be broken up. Such soil pollution is a big issue in parts of Europe. For example, an area of 700 square kilometres stretching across northeast Belgium and the Netherlands is contaminated with metals like cadmium, zinc, and lead, due to several former zinc smelters, which rained metals across a wide area.

‘This diffuse pollution is a big problem. You cannot grow normal food crops there.’

‘This diffuse pollution is a big problem. You cannot grow normal food crops there,’ says Prof. Vangronsveld. As part of his work, he looked at how plants and microbes can remediate soils with trace metal contaminants.

He tested more than 100 clones of willow and more than 100 of poplar for their uptake of trace metals like cadmium and zinc, and found some commercially available and experimental willow clones which sucked up high amounts of the metals into their leaves and branches. He also tested which bacteria would make good partners for such plants.

‘The idea is to grow plants like willow and then harvest them. The willow takes up the contaminants and then you can burn the biomass. But there are metals in there and these are potentially recyclable, if valuable enough,’ said Prof. Vangronsveld. The metals could be recovered from the ash using electrolysis.

The project weighed up the economics of the approach and also produced practical guidelines for those having to deal with contaminated sites. Soil conditions vary and this will help determine which bacteria will work best and indeed how long a plant-microbe partnership will take to scrub a site.

The team now wants to take their know-how further and see if the plant-microbe combination can work for air pollution too.

‘The air is full of volatile contaminants and metals such as zinc from traffic and other sources, as well as fine black carbon dust. Plants are efficient at catching such aerial contaminants,’ Prof. Vangronsveld explained. ‘We are investigating how these plants, together with associated microorganisms, can contribute to cleaning up the atmosphere.’

Meanwhile, other researchers are investigating the potential of microbes to not only break down chemicals, but also produce them. For example, researchers have taken a soil bacterium called Pseudomonas putida and manipulated its genetics and metabolism so it can convert sugar into ethanol, a useful biofuel, and also make the building blocks of drugs.

‘This bacterium has phenomenal resistance to stresses and toxicities and it can do some reactions that other bacteria find very difficult,’ said Dr Pablo Ivan Nikel-Mayer, a microbiologist at the Spanish National Centre for Biotechnology in Madrid who carried out this work under an EU-funded research project called ALLEGRO.

Though some bacteria can make biofuels, often the biofuel itself proves toxic to them. But Pseudomonas is special, which is why ALLEGRO focused on it. It's a tough soil bug that can metabolise a wide range of substances, including solvents and hydrocarbons, and has also been shown to have potential to clean oil from soils.

The researchers engineered it to grow in oxygen-poor conditions, which is useful when you want to pack them into industrial-scale vats to churn out specific chemicals. ‘This bacterium is endowed with a number of pathways that allow it to biodegrade many compounds,’ says Dr Nikel-Mayer. They are now working to streamline this bacteria’s DNA so that it becomes more efficient at making only the compounds that industry needs.