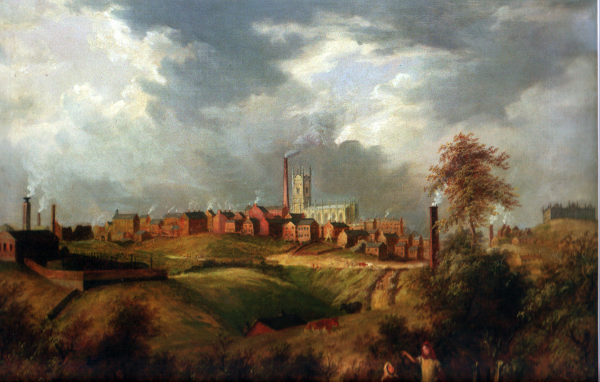 Bygone Asian cotton and porcelain trade routes could have spurred the consumption of luxury goods in Europe, researchers believe, while scientific cooperation with modern Asia is still leading to new technological advances.

Europeans have long been fascinated with Asian goods. Fine porcelain from China and Indian fabrics fuelled the rise of merchant trade houses like the British East India Company that delivered goods to Europe beginning in the 1600s.

While ships crossing the Atlantic to the Americas came back laden with grocery goods like tobacco and sugar, Asia catered to a different taste—luxury consumption.

Professor Maxine Berg led a team of researchers at Warwick University in the UK as part of the TRADE project, funded by the EU’s European Research Council to investigate the impact of Asian trade on Europe from 1600 to 1830.

‘I think it was a major stimulus to industrialisation,’ she said. ‘In order to outfit and run a ship going to Asia you had to cover the expenses equivalent to three Atlantic ships. The returns had to be worth the higher costs of these voyages.’

Before the 18th century, the best porcelain was only available to the European market through trade with China. Europeans lacked the secret formula of clay and minerals that the Chinese were able to mix to make hard paste porcelain until the early 18th century, and even then they produced much higher-priced porcelain, even taking into account the costs and lengths of the China voyages.

That didn’t stop attempts to imitate Chinese porcelain though. Starting from the Middle Ages, Europeans tried to produce similar goods, leading to colourful earthenware pottery such as faience and majolica.

‘It was a product innovation that became desirable in its own right,’ Prof Berg said. 'Every court had its own porcelain works, but this produced expensive porcelain for the court and the aristocracy.

'The product innovation was carried out in a whole series of small factories and kilns producing cheaper and different-looking versions.'

More important than cultivating a luxury consumer was the idea from Asia that luxury could be mass-produced. Chinese porcelain was produced on a huge scale for global export in a city called Jingdezhen, located in modern Jiangxi province.

‘Those factories in Jingdezhen, when news came out about them through Jesuit reports, I do think it had a demonstration effect that was quite distinctive from just bringing in the luxury objects and trying to imitate what they look like,’ Prof. Berg said.

‘It was actually a demonstration that you could produce fine high-quality goods for mass markets, and to do this on a huge scale, and that was something that Europeans learned in the 18th century.’

Fine cottons from India known as muslins had a similar effect on European fashions and on the burgeoning cotton industry in Britain.

‘The muslins are interesting because they were kind of favoured products in India. There are stories about entire saris that were produced so finely they could be fitted into a snuff box. So what happens when the British start producing cotton is they seek to produce these fine lightweight cottons,’ Prof. Berg said.

The techniques developed by British mills as they discovered how to use water and steam to improve production methods were replicated across Europe as the industrial revolution spread.

Even today, learning new techniques is often at the heart of investment across continents. Professor Francesca Spigarelli is coordinating the POREEN team at the University of Macerata in Italy, which has set up collaborations between economists, engineers, and legal scholars in China and Italy.

Greater investment in green technology is a key area of focus for the EU-funded project.

‘It was actually a demonstration that you could produce fine high quality goods for mass markets.’

‘Thanks to this cooperation with engineers, I was able to understand some trends, some motivations for why Chinese companies invest in Europe that are related to some technical aspects of what is the state of the art of renewable energy in China versus Europe,’ Prof. Spigarelli said.

She also found that this often operated along regional lines. For example, 90 % of Chinese investments in solar energy from 2004 to 2013 were made in Germany, and most by companies from Jiangsu province.

The learning goes both ways. Researchers at the EU-funded ASEM-AQUACULTURE project run out of Ghent University in Belgium set up a forum to introduce fish-farming experts in Europe to their Asian counterparts.

While the project was able to help set up a network of farms in Asia that could help each other to improve fish health and apply international food safety standards, European fish farmers, who have long only farmed one type of fish in one area, were also able to study new techniques from China.

‘In Asia you have a lot of integrated practices, and the one that is the most appealing for Europe is in the coastal areas of China were they do multitrophic aquaculture,’ project coordinator Professor Patrick Sorgeloos said.

In other words, it combines harvesting fish with other species like seaweed and molluscs, the effect being that they help maintain the environmental balance. Excess carbon, nitrogen and phosphorus produced by the fish as waste is recycled via organic and inorganic matter as food, for the farming of molluscs and seaweed respectively.

‘With the project I think we have been able to come up with more transparent and correct information, and facilitated the links between Europeans and Asians,’ Prof. Sorgeloos said.