Artificial skin could allow robots to feel like we do 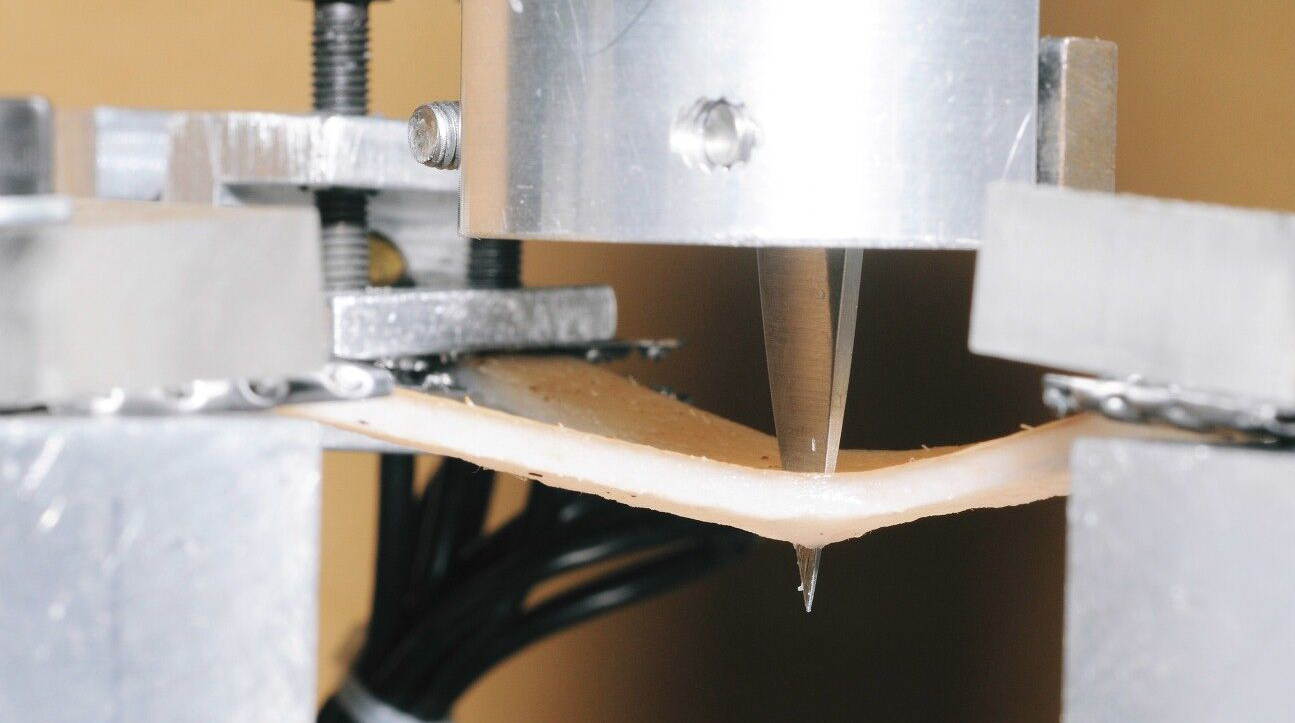 Artificial skin with post-human sensing capabilities, and a better understanding of skin tissue, could pave the way for robots that can feel, smart-transplants and even cyborgs.

Few people would immediately recognise the skin as our bodies’ largest organ, but the adult human has on average two square metres of it. It’s also one of the most important organs and is full of nerve endings that provide us with instant reports of temperature, pressure and pain.

So far the best attempts to copy this remarkable organ have resulted in experimental skin with sensor arrays that, at best, can only measure one particular stimulus.

But the SmartCore project, funded by the EU's European Research Council and at the Graz University of Technology (TU Graz) in Austria, hopes to create a material that responds to multiple stimuli. To do so requires working at a nanoscale — where one nanometre represents a billionth of a metre — creating embedded arrays of minuscule sensors that could be 2 000 times more sensitive than human skin.

Principal investigator Dr Anna Maria Coclite, an assistant professor at TU Graz’s Institute for Solid State Physics, says the project aims to create a nanoscale sensor which can pick up temperature, humidity and pressure — not separately, but as an all-in-one package.

‘They will be made of a smart polymer core which expands depending on the humidity and temperature, and a piezoelectric shell, which produces an electric current when pressure is applied,’ she said.

These smart cores would be sandwiched between two similarly tiny nanoscale grids of electrodes which sense the electrical charges given off when the sensors ‘feel’ and then transmit this data.

If the team can surmount the primary challenge of distinguishing between the different senses, the first prototype should be ready in 2019, opening the door for a range of test uses.

Dr Coclite says the first applications of a successful prototype would be in robotics since the artificial skin they’re developing has little in common with our fleshy exterior apart from its ability to sense.

‘The idea is that it could be used in ways like robotic hands that are able to sense temperatures.’

‘The idea is that it could be used in ways, like robotic hands, that are able to sense temperatures,’ said Dr Coclite. ‘Or even things that can be sensed on even a much smaller scale than humans can feel, i.e, robotic hands covered in such an artificial skin material that is able to sense bacteria.’

Moreover, she says the polymers used to create smart cores are so flexible that a successful sensor could potentially be modified in the future to sense other things like the acidity of sweat, which could be integrated into smart clothes that monitor your health while you’re working out.

And perhaps, one day, those who have lost a limb or suffered burns could also benefit from such multi-stimuli sensing capabilities in the form of a convincingly human artificial skin.

‘It would be fantastic if we could apply it to humans, but there’s still lots of work that needs to be done by scientists in turning electronic pulses into signals that could be sent to the brain and recognised,’ said Dr Coclite.

She also says that even once a successful prototype is developed, possible cyborg use in humans would be at least a decade away — especially taking into account the need to test for things like toxicity and how human bodies might accept or reject such materials.

But before any such solutions are possible, we must learn more about biological tissue mechanics, says Professor Michel Destrade, host scientist of the EU-backed SOFT-TISSUES project, funded by the EU's Marie Skłodowska-Curie actions.

‘For example, skin has some very marked mechanical properties,’ said Prof. Destrade. ‘In particular its stretch in the body — sometimes you get a very small cut and it opens up like a ripe fruit.’

This is something he has previously researched with acoustic testing, which uses non-destructive sound waves to investigate tissue structure, instead of chopping up organs for experimentation.

And in SOFT-TISSUES’ skin research, the team hopes to use sound waves and modelling as a cheap and immediate means of finding the tension of skin at any given part of the body for any given person.

‘This is really important to surgeons, who need to know in which direction they should cut skin to avoid extensive scarring,’ explained Prof. Destrade. ‘But also for the people creating artificial skin to know how to deal with mismatches in tension when they connect it to real skin.

‘If you are someone looking to create artificial skin and stretch it onto the body, then you need to know which is the best way to cut and stretch it, the direction of the fibres needed to support it and so on.‘

Dr Balbi reports that the biomedical industry has a real hunger for knowledge provided by mathematical modelling of soft tissues — and especially for use in bioengineering.

She says such knowledge could be useful in areas like cancer research into brain tumour growth and could even help improve the structure of lab-grown human skin as an alternative to donor grafts.