Bunker Roy is the founder and director of Barefoot College, a non-governmental organisation offering training to rural communities. He believes that establishing a sense of community, as well as a culture that encourages people to learn from failure, can help drive innovation and productivity. Roy, who was selected as one of TIME Magazine’s 100 most influential figures, will be speaking at the EU’s Innovation Convention on 10 March, 2014.

We hear a great deal about innovation and the need for more of it in business and enterprise. I continually turn my thoughts towards what I have witnessed in my life, which is that nothing and no one is more innovative than a poor man or woman. Necessity and desperation often breed innovation. A woman who has seven children, but one kilo of rice for the week ahead, will somehow manage for it to keep her family going. There is little that separates the concepts of resourcefulness and innovation. When one has more than enough to eat, one ceases to think as hard of how to make one’s meagre foodstuffs go further or how to waste less.

So managing this concept in the framework of a thriving economy and business are certainly a point of dialogue in today’s world. How to teach bankers who have never known what it is not to be able to eat lunch because of a lack of funds in one’s pocket … that caring for other’s assets and money is something that requires a constant and tenacious need for innovation and resourcefulness, is indeed a challenge.

Promoting a different vision of enterprise

In its purist form, enterprise is productivity. All human beings strive to be productive and valued in a collective society. The rural village model is the perfect place to witness the power of the individual to drive a common quality of life augmentation. Thinking for the community but acting individually. In this context I use the word ‘community’ to describe our larger human community.

‘Captains of industry must look within their organisations to nurture and grow a more pervasive culture of innovation, where ideas profit not only the company but also profit the consumer and employee.’

This idea of communal thinking is merely a mindfulness about the other beings to whom we are connected in our human experience. It is critical to imbuing enterprise with a ‘right thinking’ that focuses on the betterment of many, versus fewer, people. The ability to turn one’s resourcefulness of thinking to a higher level of excellence is about unleashing ‘goodness’. It’s a drive to carry a collective good to scale.

Should we not demand so much more of our decision-making, that it becomes unconsciously conscious and mindful? Is there not greater dignity in using one’s full talents and power altruistically for the good of our human community?

In any endeavour, the challenge has always been dealing with success. More things fail in the face of success than in the face of difficulty. Barefoot College has demonstrated that semi-literate rural women can solar-electrify remote villages and look after solar units more competently than paper-qualified solar engineers.

In so doing, it has turned established perceptions upside down, and debunked the basic assumption that formal education is required for development work. Those most hostile to the ‘Barefoot approach’ are people who have invested a great deal in acquiring an education through the official system and then applying that misguided ‘expertise’. The very idea of semi-literate women being able to manage and control initiatives at the village level undermines those hard-earned credentials and credibility and even threatens the existence of their jobs. Indeed, one result of the Barefoot approach in India, where it is most widely replicated, has been the replacement of cost-intensive initiatives and jobs by low-cost and intensive initiatives, providing gainful employment within the villages.

Captains of industry must look within their organisations to nurture and grow a more pervasive culture of innovation, where ideas that profit not only the company but also the consumer and employee begin to take hold. Three dimensional thinking must prevail, moving in a direction of betterment for the larger community and not simply the individual. Those most hostile to this type of demand for excellence that is both economic, but also human, will no doubt threaten those least likely to change and grow.

A further major idea is being equipped to learn from failures. Taking risks, trying new ideas, failing and trying again, is a process that is respected in Barefoot College because we recognize that we should learn as much from failure as from success. But the formal education system has no room for failure. In that system, failure is considered a matter for shame and regret. We are living through one of the greatest opportunities to learn from economic failure in the last 100 years.

You do your best work when you are insecure. When your back is up against a wall and you have nowhere to run and no one to turn to, you have no choice but to face the consequences. When a crisis arises and could possibly lead to violence, urban professionals normally do not have the staying power. Because they have somewhere to run to, they are not prepared to see the crisis through.

If we think of every enterprise as a community, instead of a disconnected place where people come to perform a function yet have no emotional or vested connection, an altruistic culture will develop naturally. This will infuse the organisation with far greater skills, abilities and productivity than it previously possessed. This will lead to not only better financial success, but a sense of shared impact and common good. If it is then able to leverage outside itself this spirit of ‘giving’ and commitment to community, it follows that it can become an important player and catalyst for real change and impact.

This exact revolution and inward thinking within the world of business and commercial corporations is necessary. Ideas about self-reliance, listening to ideas of those below and beside in the corporate structure, valuing each individual’s contribution, and reinforcing a sense of ‘community’ confidence that positive solutions are within our grasp to craft. This could free the commercial sector from years of malaise and stagnancy. It will inspire innovation and begin to reinstall hope and action. By looking backwards at pioneers who understood that ‘communities’ were led by individuals. In individuals who took and championed a ‘community state of being’, that superseded the ‘individual’, we find true innovation driven by an understanding of the ‘essential’ versus the superfluous.

*Extracts of this article were previously published in the winter 2013 edition of Racing Toward Diversity magazine.

Bunker Roy is a social activist and teacher. He is the founder and director of Barefoot College in Rajasthan, India, a non-governmental organisation offering practical training to poor and rural communities.

In 2010, Roy was selected as one of TIME Magazine's 100 most influential figures for his work within rural communities.

The method taught by Barefoot College, which gives people skills such as solar engineering, has been adopted in over 50 of the world’s least developed countries. 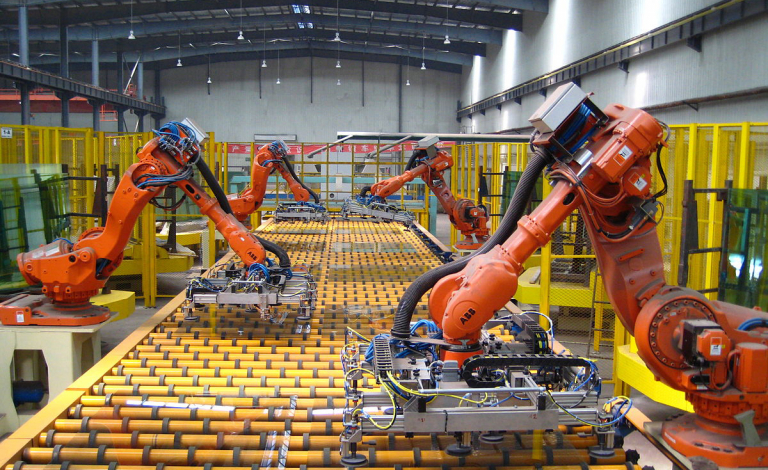 In 30 years’ time, industrial companies will have a social purpose: be completely carbon neutral and give everyone the opportunity to fill their unique potential. At least, that’s what five young industrial leaders hope. We caught up with them as they attended the EU’s Industry Days in Brussels, Belgium, on 5-6 February to find out what needs to happen to fulfil this vision. 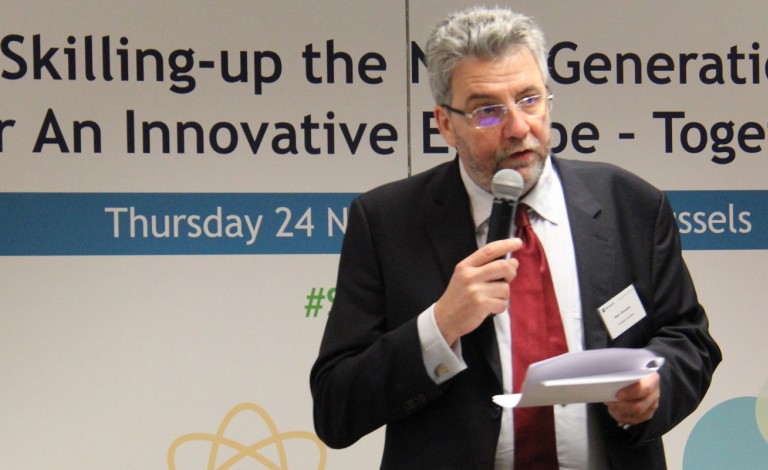 Schools and industry should join forces to increase the level of skills in science, technology, engineering and maths (STEM) and better prepare pupils for careers in the sector, according to Marc Durando, Executive Director of European Schoolnet, a network of 31 European ministries of education.