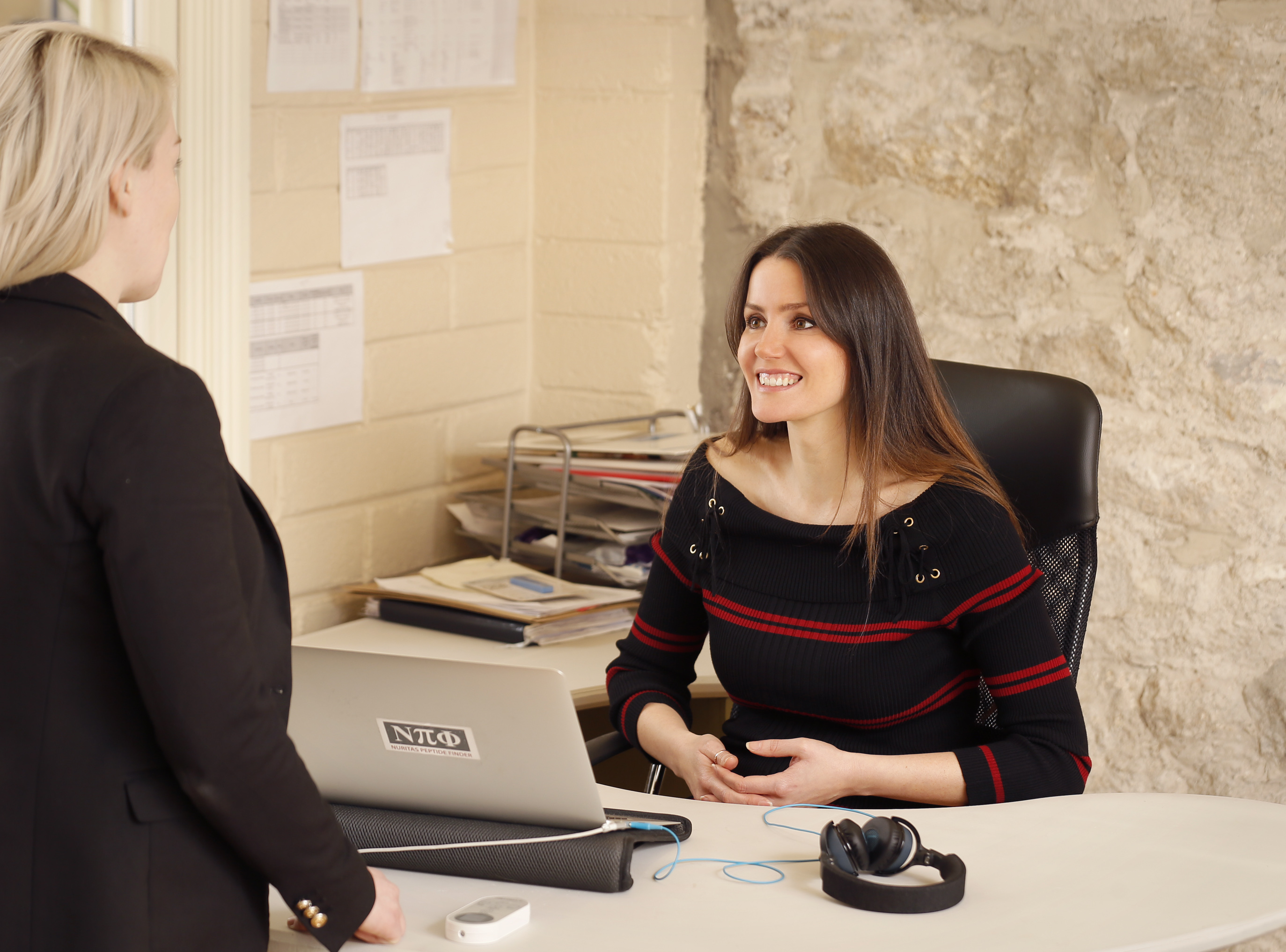 A cereal bar that keeps diabetes at bay is one example of how we could prevent disease by adding short molecules known as peptides into what we eat, says Dr Nora Khaldi, founder of Nuritas, which is using artificial intelligence (AI) to identify new peptides and create foods with health benefits.

What are peptides and why are scientists interested in studying them?

‘Peptides are molecules that exist everywhere – every single species of animal and plant has peptides. In humans, the body uses these molecules to communicate internally. They are the building blocks of everything. But in some diseases, there may be too much or too little of a particular peptide. By modulating peptides you can help to prevent or cure a disease.

‘There are around 60 peptides commercially available at present, including some very familiar products. Insulin is a peptide and is used to control diabetes, growth factors (which stimulate cell growth) are peptides and so is penicillin. Many of the everyday molecules produced in the pharmaceutical sector are either small molecules, peptides or proteins – proteins are just a larger version of peptides.’

There are billions of peptides – why are so few used to improve health?

‘Identifying and testing peptides is very expensive and time-consuming, making this field the preserve of larger pharmaceutical companies. Nuritas, the company I founded, is making it faster and cheaper to find peptides that have health benefits. We’re democratising peptides.’

How are you using AI to make this happen?

‘AI has accelerated this whole process dramatically, allowing us to do in a few months what has previously taken years and millions of euros to achieve. The old approach was tedious – there are so many peptides that finding the one which solves a major health problem was a long shot.

‘It was like knowing there’s a treasure chest buried somewhere in the ocean but having no map. You’d spend years and millions of euros and might still find nothing. Our technology is like having access to a map. We can analyse the molecules, figure out what they do in the body and determine how easy it is to unlock them from a food source.

‘For me, as someone with a background in pure maths and computer science, I see this as a data problem more than a biological or chemical problem.’

With so many potentially valuable peptides, where does the search begin?

‘We are interested in two types of peptide: we make synthetic peptides for the pharma industry which may be used to cure disease. But we are also very interested in naturally occurring peptides that can be extracted from food and used for disease prevention. Grains and vegetables are an important focus – we want to look for peptides in foods that people have always eaten because these are unlikely to be toxic to us and are readily available. It’s not like a rare plant or an exotic herb – these are everyday foods.’

If you can find peptides in certain foods, why not just advise people to eat more of that food?

‘You don’t get the same benefit. The peptides are often locked inside a complex food structure. We use computers to study how to get it out of the food.’

Why is disease prevention a priority?

‘If you think about the whole health system, it’s completely broken. We spend 97 % (of healthcare budgets) on curing diseases and just 3 % on prevention. That has to change. There are too many people living with chronic diseases. Our goal should be to stop people in a pre-disease state from converting into a disease state. There’s no other way: our populations are growing and ageing so it will be impossible for governments to sustain our health systems. Prevention is the future.’

You’ve received EU funding via the PeptiEUForce project to look into how peptides can be used for diabetes prevention. Can you tell us about your work?

‘Today, if you have pre-diabetes the choice is to radically change your diet – which most people cannot do – or develop diabetes. Imagine if we could create a cereal bar with our Nuritas glucose-regulating peptide within that pre-diabetics could consume every day. One cereal bar a day, containing Nuritas active peptides that regulate blood sugar to normal levels, would be a viable option for people and reduce long-term spending on managing diabetes.

‘Diabetes is a huge area given the unmet need for prevention, but we are also looking at ways to control inflammatory diseases and (researching) other peptides that are linked to stress and cancer. Another exciting area is how we can use peptides to prevent muscle decline which is linked to reduced mobility in older people.’

How long before we see these products on our shelves?

‘The plan is for the diabetes product to hit the market in 2021. Trials are not as long as for pharma because the focus is on efficacy. These are natural peptides – food extracts – rather than synthetic chemicals used in pharmaceuticals, so we do double-blind placebo trials to show they are effective and as these ingredients are from safer, natural sources, it thus reduces the time to market substantially.

‘We are applying to the European Food Safety Authority (EFSA) for permission to make a health benefit claim about our food product. Very rigorous scientific proof is needed – I think EFSA has granted eight health claims in 10 years – but we believe we will hit the mark. We would love for this peptide to be the first scientifically proven diabetes active prevention via a functional food.’

Small- and medium-sized enterprises (SMEs) with radically new ideas who want to scale up their activities can apply for funding through the Horizon 2020 programme. The EU has allocated EUR 1.6 billion to support SMEs between 2018 and 2020.

This money is available through the so-called SME Instrument, which is designed to help high-risk, high-potential SMEs turn innovative ideas into reality so that they can complete on the global market while creating European jobs.

Funding is available to individual companies and entrepreneurs at three different stages: feasibility studies, moving from concept to market, and business acceleration.